An action-packed story fitting of the film franchise with gameplay that feels anything but fast and furious.

The Fast & Furious franchise has once again taken a turn onto the video game highway. Boasting a story considered canon to the film franchise and voice overs from Vin Diesel, Michelle Rodriguez and Tyrese Gibson, reprising their roles as Dom Toretto, Letty Ortiz and Roman Pearce respectively. Packed with a typically over the top action packed story in the neighbourhood of 5-6 hours and an assortment of online operation modes, Fast & Furious: Crossroads tends to spin its wheels on the gameplay.

The story is fitting of the film franchise with its over the top action and dramatic set pieces while coherently weaving a tale of international espionage through its driving exclusive gameplay. Franchise favourites Dom, Letty and Roman are cleverly used, avoiding being present for the sake of star power, their inclusion meaningfully connects to the story of main protagonists Vienna and Cam. Not only are these 3 characters present, they are playable. The main story alternates between the characters and some cases allows for switching between 2 or more. The story is as ridiculous as fans have become familiar with and the explosive set pieces are ever present including an intense avalanche in the desert and racing to escape a collapsing tunnel resulting in an overall presentation that is very cinematic. 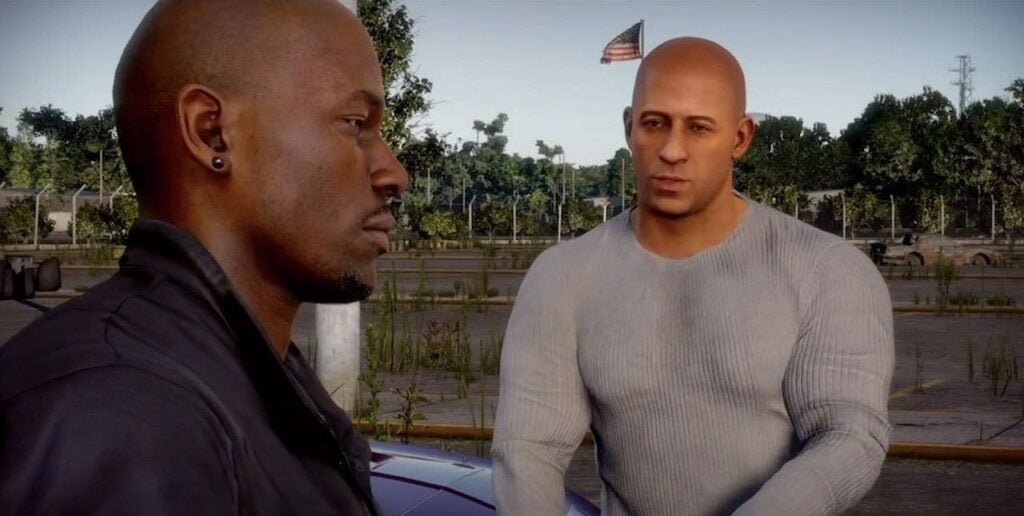 The characters each take the wheel of several different cars but retain a singular special ability to be used when called upon. For instance, Vienna has a grappling hook to pull cars backwards equipped to her car and Dom has retractable wheel spikes for side-swiping enemies. These abilities require varying levels of cool down, as does the nitrous boost and side-swipe attack that each character has access to. Later in the game some extra special abilities become available to mix things up a little.

Mission variety is fairly limited, ranging from simple get from A to B type drives, beat the clock sprint races to reach a destination before a timer expires or follow a car undetected for example. Enemy vehicles can be taken out by side-swiping them or utilising whatever ability is available dependant on the playable character for the mission. The vehicle combat isn’t particularly exciting and the driving itself lacks meaningful engagement, failing to standout as a driving title despite that being the predominant theme of the game. It’s underwhelming but the tension, sense of urgency from some of the missions, high speed chases and dramatic set pieces alleviate this feeling for a few moments at least. 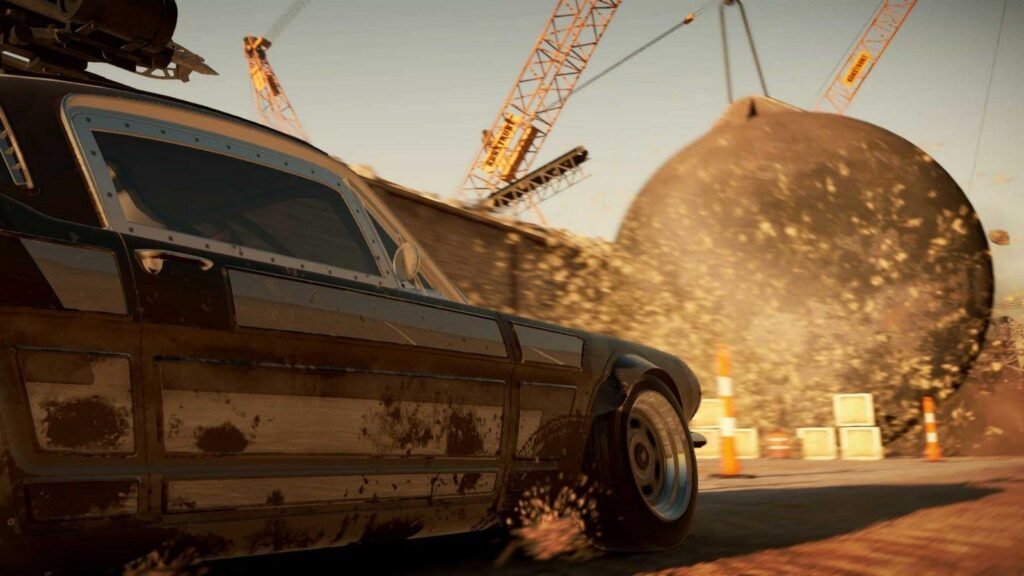 When it comes to the Fast & Furious franchise, where there is a will there is a way to introduce something that simply should not work but they manage to somehow pull it off. In Crossroads, this is boss battles. Somehow, boss battles against various vehicles have been introduced that are cleverly handled, satisfying and most importantly pretty fun. Whether it’s chasing the equivalent of a tank, a large hovercraft or even a rocket, these encounters are over the top and typically layered in terms of how to handle them. I shook my head upon seeing some of these initially but that expressions was replaced with purses lips and subtle nodding to myself upon completion.

Completing missions awards the player with licence plates to use in the Online Operations mode. The Online Ops, for short, is 3 v 3 v 3 faction based multiplayer mode pitting Cops vs Villains vs Heroes in matches with an assortment of objectives to win. Tank Takedown in particular was fun. In order to win the Heroes need to destroy the tank before it escapes, the Villains have to protect the tank until it escapes and the Cops have to arrest all suspects before the tank escapes.

Playing as each faction allows for the same mode to feel slightly different from each perspective but the limited amount of modes still feel restricting. There’s certainly room to grow here and if new modes are added over time, Online Ops could certainly feel like it has more to offer. The Garage is home to the decent variety of vehicles to unlock across Power, Lightweight, Terrain, Speed and Tech classes, each with unique stats and a combat ability. Vehicles are unlocked via progression. They can be customised with Paint, Wraps, Licence Plates and Sprays to personalise them to the players tastes. All customisation unlocks are awarded when the player reaches certain levels, increasing by playing and in particular winning matches. 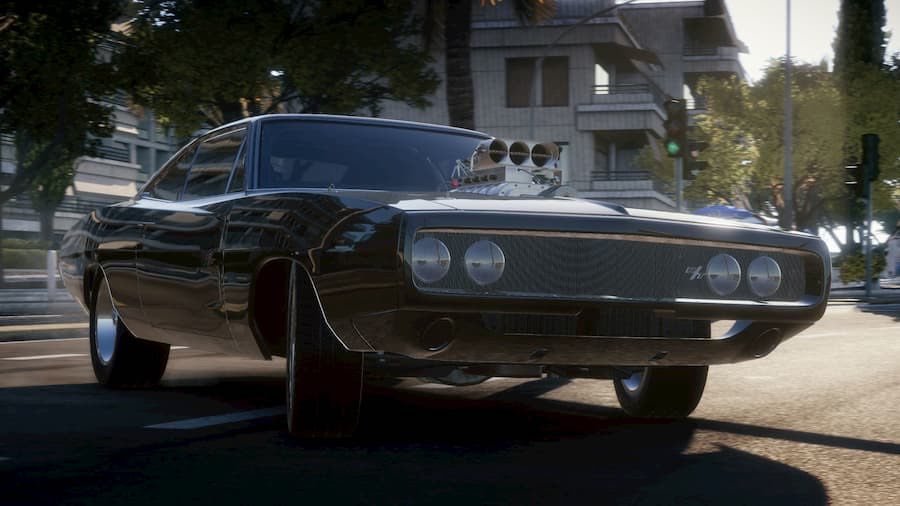 Visually, Crossroads brings little to the table and this extends to the likenesses of the key film cast that reprise their roles. They look stiff yet still better than the remainder of the cast. The cars themselves even lack the visual fidelity to stand out which is surprising given this is of course a driving title. The sound design is competent, with vehicle effects and voice acting sounding and feeling legitimate but some very stilted writing holds most performances back on a few occasions. The music adds tension and drama to the moment to moment action and driving sequences, providing a weight to the scene. 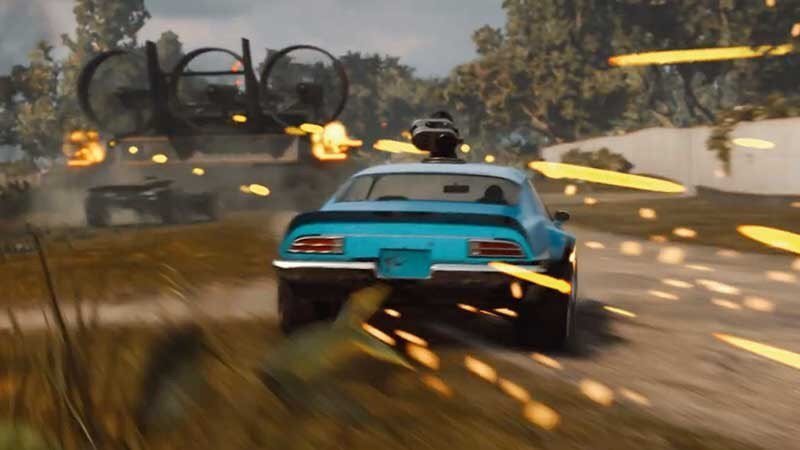 Fast & Furious: Crossroads is likely to satisfy fans of the film franchise, the limited gameplay may be overlooked by being able to see and play as Dom, Letty and Roman though the price point is a tough pill to swallow for the overall experience. Casual players may feel like they’ve been short changed however with a short story and an online mode that doesn’t quite scream replayability. Enjoyable boss battles and set pieces should satisfy most players and leave the game feeling as though they’ve seen something they never expected to see. Even as a fan of the films there is a moment at the end of the story that took me by surprise yet felt absolutely believable to what the franchise has become. It’s an uneven experience that is definitely best reserved at a sale price.

+ Voices from 3 of the main film cast