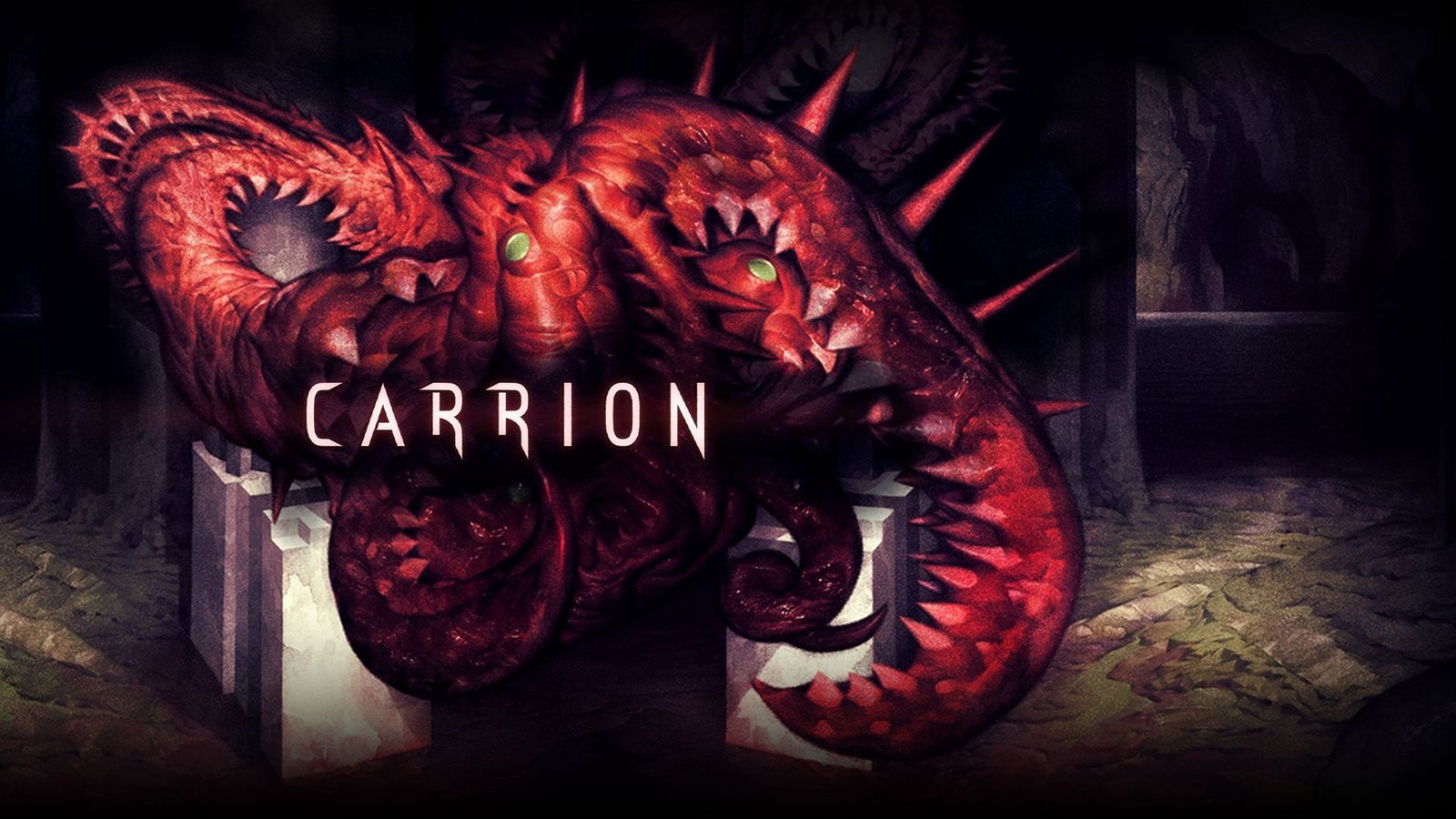 Boasted as a horror game in reverse, Carrion puts the player in the role of a crimson red monster with menacing tendrils in side-scrolling 2D glory. By putting the perspective of the monster front and centre, the player is not in fear or the prey for once, instead the enemy is terrified of YOU. This role reversal is fun, less stressful and interesting and engaging enough to not tire of playing as an overpowered monster that is all but unstoppable.

The monster’s abilities are fairly limited at the beginning, limited to screaming to intimidate human enemies and grabbing them with the tendrils to pull in and consume, replenishing some lost health in the process. As the player explores the labyrinthian dungeon-like map areas, new abilities can be found, with some being related to story progression. New abilities such as a charge attack and web blast that stops enemies in their tracks are also used for puzzle solving. Using abilities to activate levers, switches and rip doors off their hinges add depth to the otherwise eat everything in sight gameplay. The environmental puzzles are never difficult and any metal door or flooring encountered should be ripped off as seen to ease the large amount of backtracking that is required. 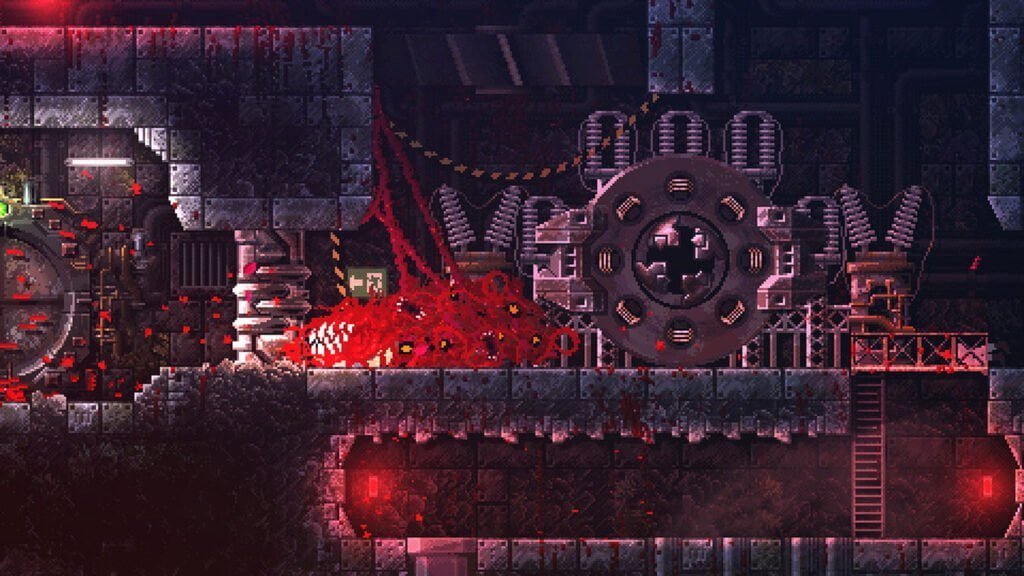 Throughout the story, the monster increases in size by obtaining bio-mass. With an increased bio-mass comes new abilities that the monster can only use while this size. Sustaining too much damage and the bio-mass will be lost, regressing to its previous size and ability set. Consuming enemies replenishes the bio-mass, thus restoring the next tier of abilities. Managing bio-mass is essential for puzzle solving and can be manipulated by depositing it in murky red water, allowing access to the previous states ability set. Once the puzzles requiring the different abilities have been solved, in most cases the bio-mass can be consumed to revert the monster to its maximum state. Bio-mass can also be replenished at save points that are regularly encountered that appear as a crack in the wall. When activated the monsters tendrils occupy the crack and spread throughout the immediate area. Activating these save points is required to activate one of up to six panels of a breaching point that allows access to the next area of the game. 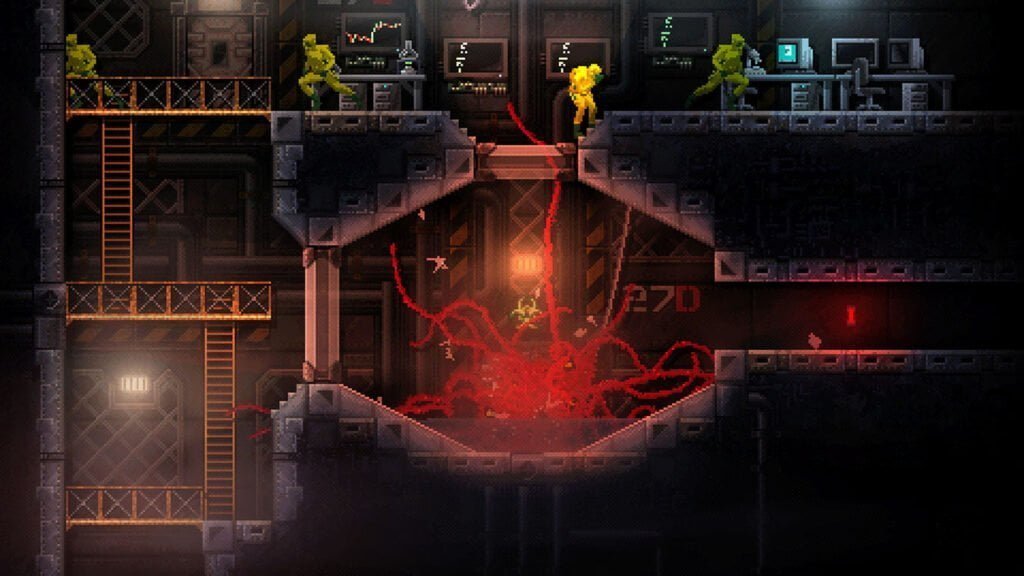 To begin with, enemy variety is limited to unarmed scientists and pistol wielding enemies, but later includes flamethrowers and electric shield wielding enemies as well as armed drones, turrets and even mechs. These enemies each require more care when engaging and some can only be attacked from behind or below. Managing the ability set by dropping or increasing bio-mass is critical for effectively tackling some of the later sequences in the game. 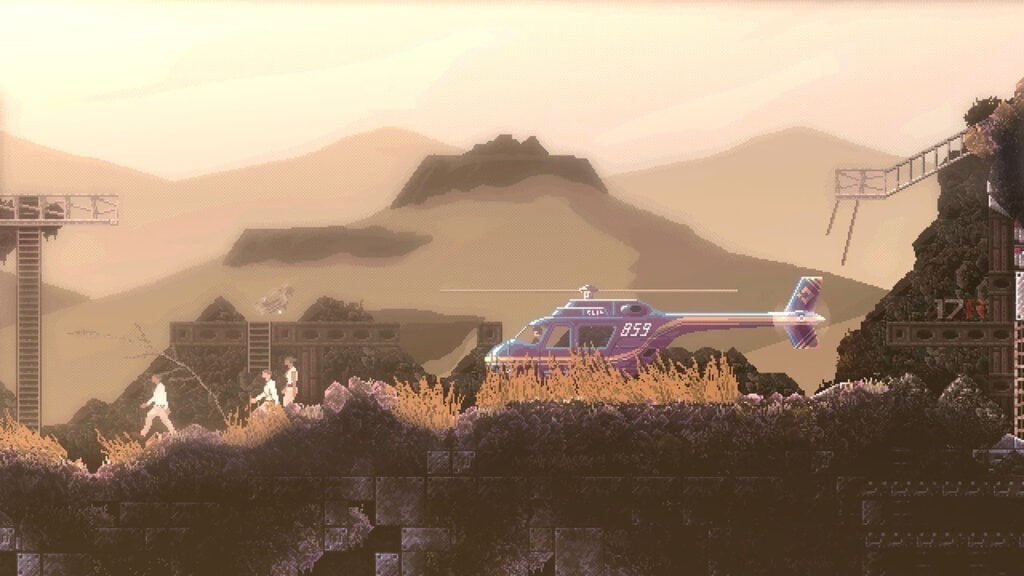 Three flashback sequences establish the three acts of the main story that are played from the perspective of a human character requiring interaction with the environment and basic puzzle solving to complete. These serve as the main narrative and explore the origins of the monster. Outside of these flashbacks, the core gameplay excludes narrative progression other than the monsters literal progression through the explorable areas. 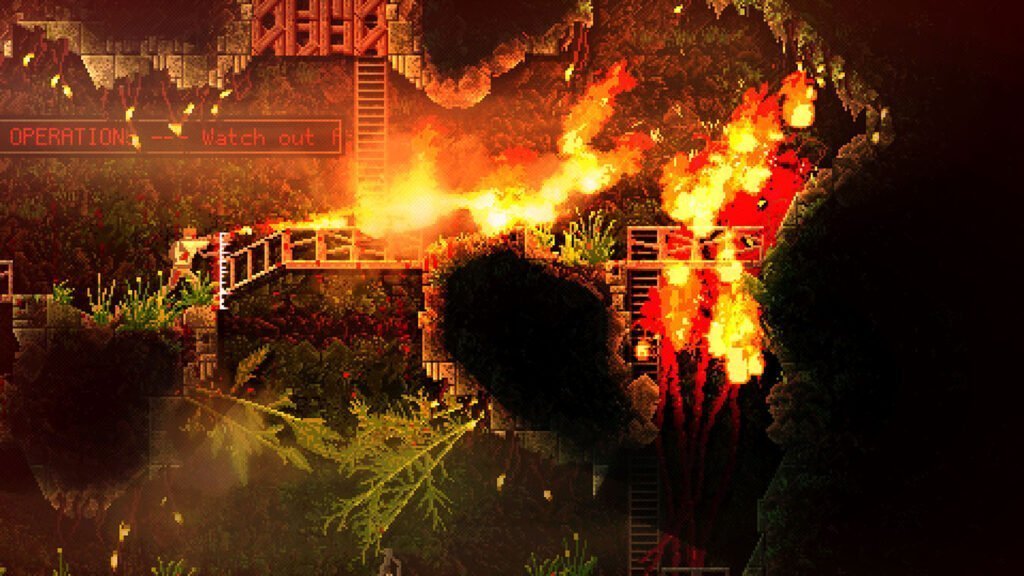 Backtracking is required later in the game once new abilities have been unlocked to fully discover all of the hidden abilities and final progression through to the end of the game’s story. Some areas are completely inaccessible without certain abilities. What I would personally consider to be the only disappointment in Carrion is the complete lack of a map or any sense of where to go or where has already been explored. It is easy to get lost or forget where you were going if side-tracked or looking for new abilities. As the game contains dozens of explorable areas and dungeon like environments, a map would have been a complete game changer. Upon completion of the story, every area can be re-explored to allow for completionists to backtrack with ease and grab the last few upgrades they may be missing. 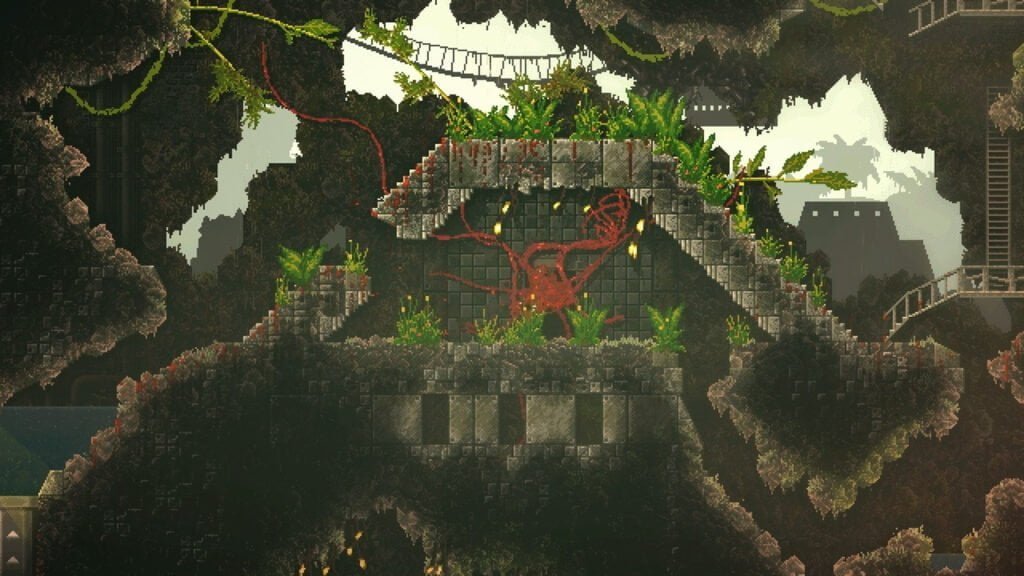 Visually, a style similar to pixel art brings the monstrosity to life in a metroidvania-like environment that feels different enough in each area without becoming familiar. The sound design is great and the cowering humans screams are delightful as the lunging tendrils satisfyingly swish through their stomachs. The music is appropriately ominous and wraps up the presentation neatly. The game can be paused at anytime and a generous save system makes it easy to come back to if it has to be put down. 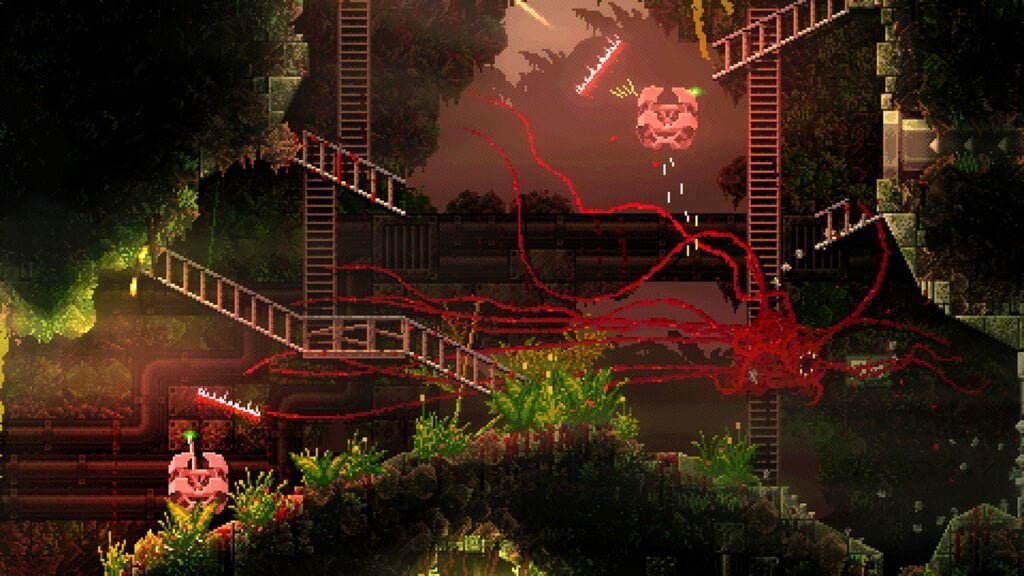 Phobia Game Studio has developed a fun alternative take on the monster genre and this action-platformer formula oddly compliments the overall experience. Coming in at 4-5 hours long, this bite sized reverse horror is worth a play.

+ Playing as a monster

– Lack of map can frustrate

– No difficulty options and predominantly easy