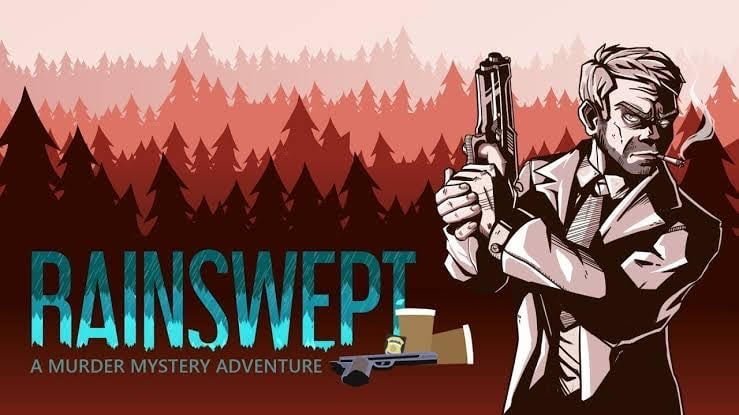 Murder… mystery… adventure. This text driven “whodunnit” delivers all 3 but how well?

Branded as a murder mystery adventure, Rainswept throws players in the role of Detective Michael Stone, called in from the city to investigate a suspected murder-suicide in the sleepy town of Pineview. By questioning the townsfolk, Detective Stone must explore every possibility that the crime is not as clear cut as local Sheriff Harris insists. Interrogating the townsfolk and interacting with clues in the environment provide a simplistic gameplay experience that puts the emphasis primarily on the intriguing narrative that takes place in this 2D adventure.

Detective Stone arrives on the scene of the crime the morning after the midnight tragedy to a cold welcome from the local authorities, frustrated that their jurisdiction has been overruled by a big city detective. Paired with co-operative local officer Blunt, the duo must explore a small handful of locations and scenes, questioning the locals and interacting with the environments to find clues and insight into the lives and relationships of the victims. Outside of Stone, Blunt and victims Chris and Diane, the remainder of the cast offer little in terms of interesting personalities, merely a means to uncovering the ultimately shocking nature of the latter pairs end. 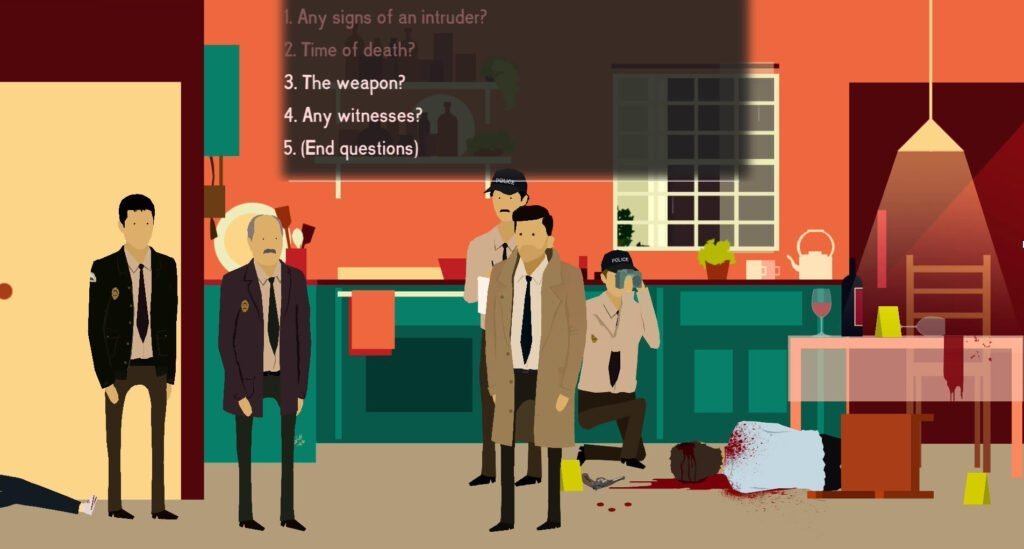 As mentioned, the gameplay is simplistic and limited to moving between screens in side scrolling fashion and interacting with the people and the environment. While this allows for the story to be put front and centre, it does make the moments in between feel a little too static and less interesting. There aren’t cut-scenes in the traditional sense but instead conversations that play out by continually pressing A to move to the next line of dialogue. This eliminates any sense of pace in these moments which restricts the narratives ability to effectively build momentum. Some of these sequences raise interest and intrigue however, in particular the nightmares and sleep paralysis that crippled Detective Stone. The emotional trauma that he carries with him haunts him in his sleep and while he’s awake, effectively conveying how broken this character is from the events of his past. 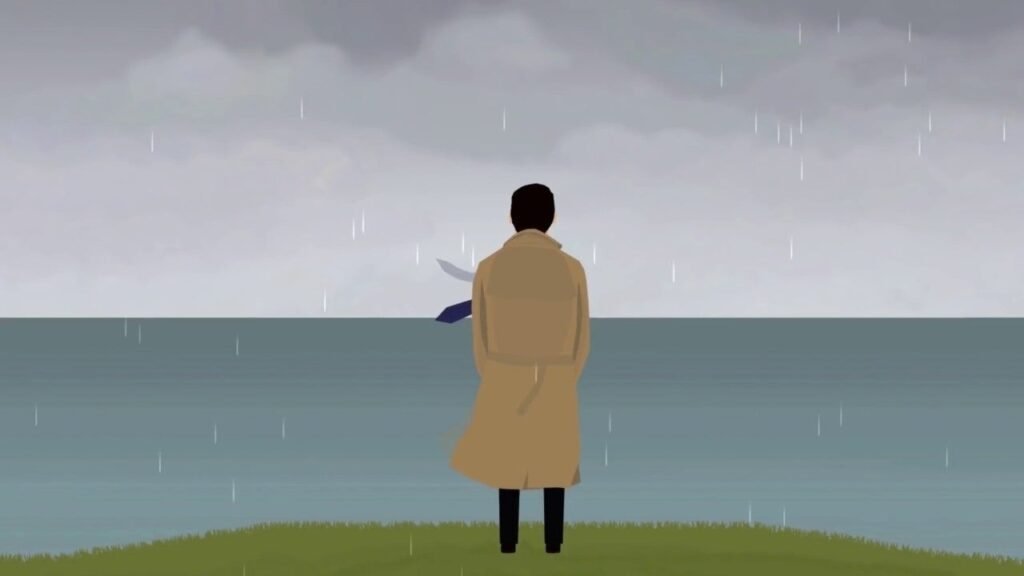 Throughout the entire 4-5 hour experience, Detective Stone is smoking a cigarette, whether he’s indoors, in bed or outside, this man’s lust for nicotine is oddly distracting and feels out of place. Given his emotionally traumatic past, perhaps this relieves his constant state of stress. Aside from Stone’s backstory, Chris and Diane’s unfolds via character interaction and playable flashbacks from the moment they met until their grisly ends. By making their story playable these characters receive a fair amount of depth that adds weight to the tragedy and the narrative overall. 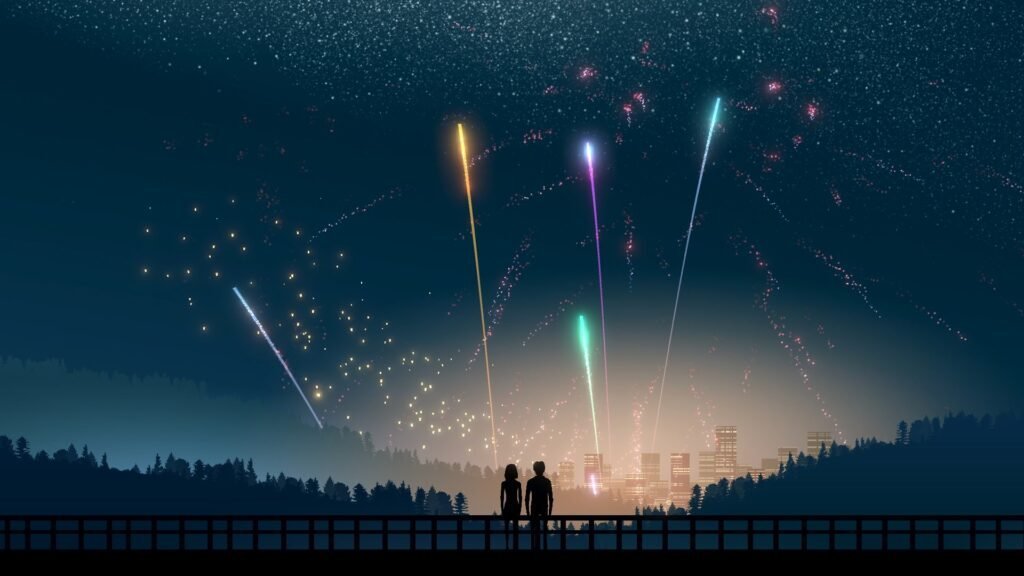 Lacking visual fidelity in areas such as character model detail or even outlines, the visual presentation still manages to be impactful, especially the scenery in some locations. The hauntingly beautiful score that accompanies this rounds out a consistent presentation, adding levity, intensity and drama without missing a beat. As far as sound design goes there is little in the way of any sound effects outside of the music and this is unavoidably distracting. 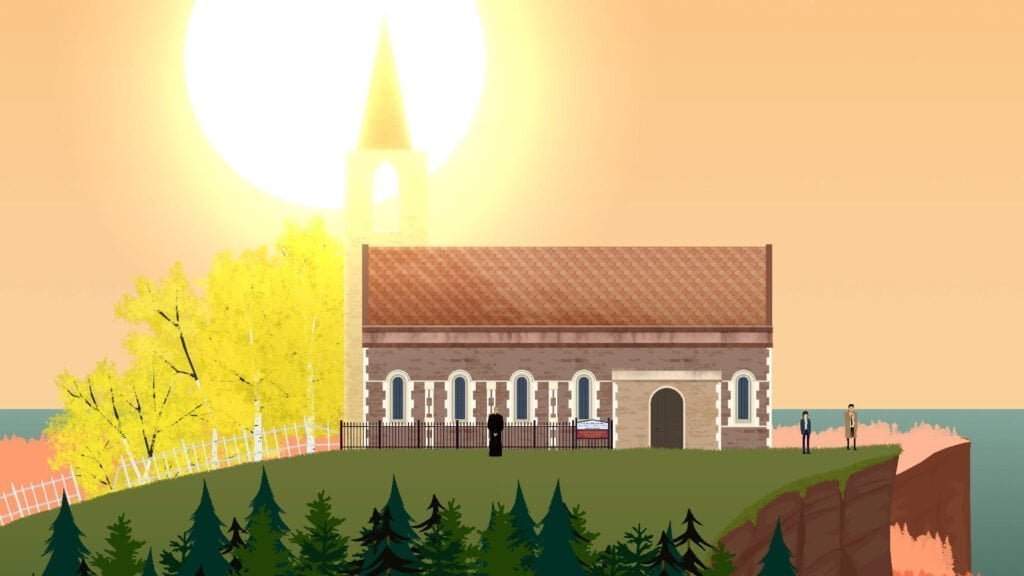 Overall the story plays out rather unexpectedly, with an ending that makes sense but leaving a few plot holes in its wake. The sympathetic protagonist and victims are wonderfully explored but it’s a shame the remainder of the cast don’t receive anywhere near this depth. Rainswept will appeal to fans of the classic “whodunnit” narrative who may be able to overlook the simplicity in its gameplay and visuals but newcomers to the genre will likely be left wanting more from the whole experience.

+ Character development of Detective Stone and victims Chris and Diane

– Lack of engaging content between the bigger story beats