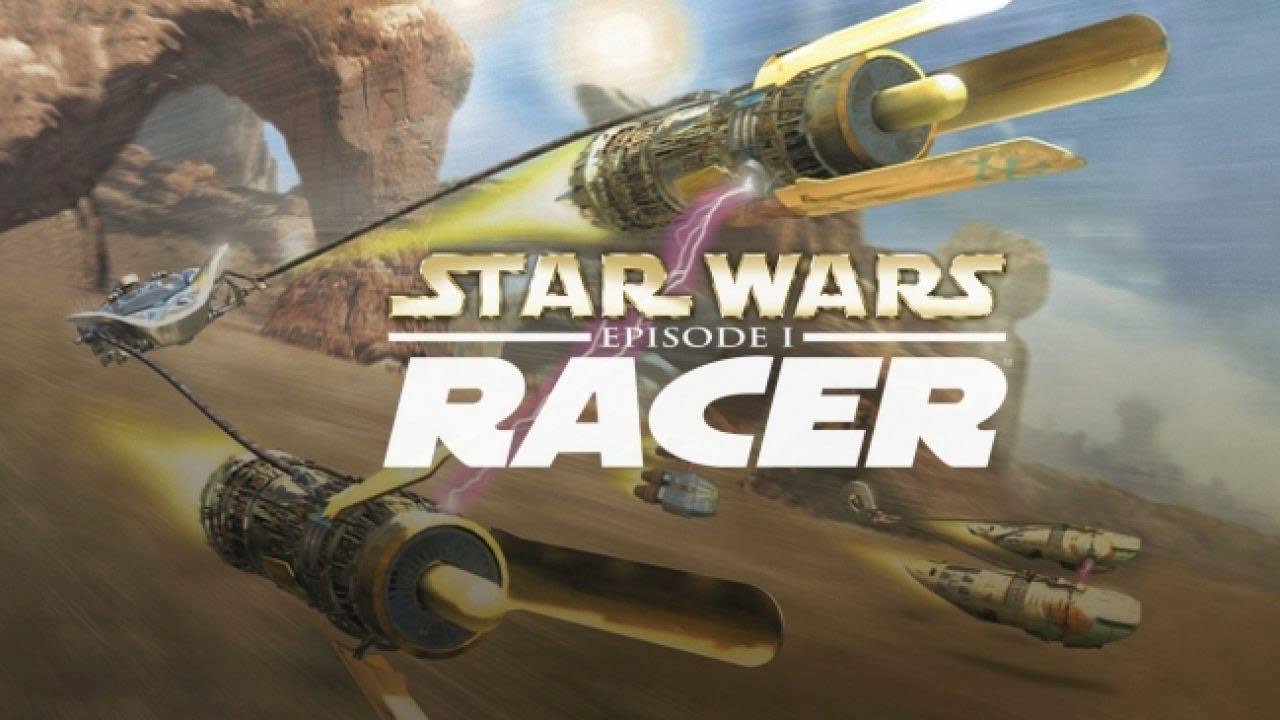 It has been 21 long years since Star Wars: Episode I – Racer initially launched on PC, receiving ports to Nintendo 64, Sega DreamCast and Gameboy Colour shortly after, and now finally making its way to PlayStation 4 and Nintendo Switch. Jumping back in to a podracer to relive this nostalgia-laden experience has been a joy.

Featuring nearly a dozen tracks including Tattooine where the sci-fi motorsport first graced our screens in 1999’s Star Wars: Episode I – The Phantom Menace film, this cult classic contains a variety of unique characters and pods to race in a simple lap based series of tournaments. A handful of the characters including fan favourite Sebulba need to be included by winning specific races and these act as essentially the only reward system in the game, with the exception of currency to spend on upgrading the parts and specs of the pods. Each characters pod has their own stats, typically favouring a particular aspect such as acceleration, turning or cooling. Carefully choosing which parts to upgrade is not much of an issue though as the entire game can be completed without applying a single one. I managed to complete all three of the tournaments, with each containing 7 races, without upgrading anything and using the default character, young Anakin Skywalker. Playing through a second time with a fully upgraded pod was even more fun, allowing for previous personal records on laps and races to be shattered with ease, significantly reducing the overall completion time for each tournament. 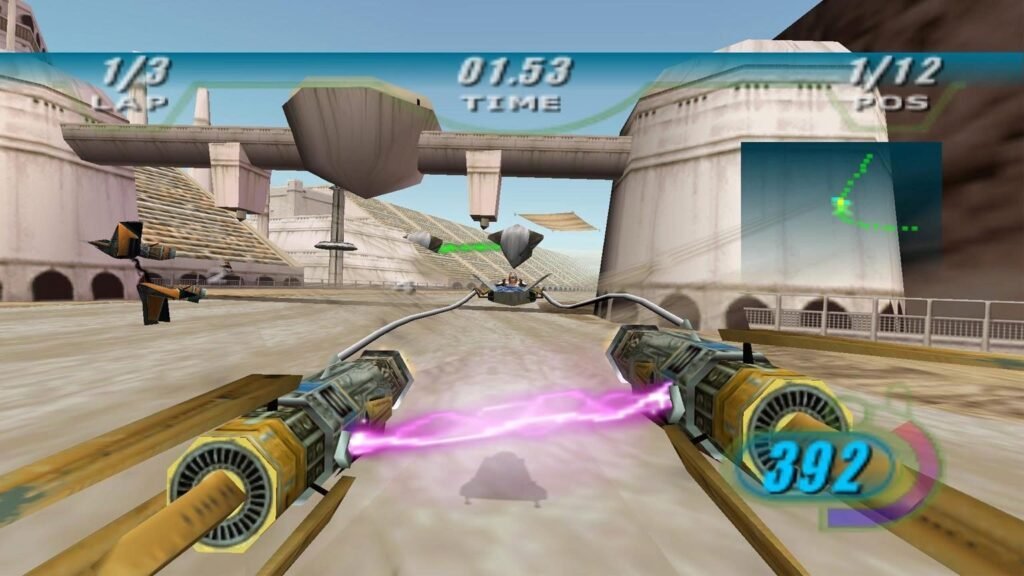 The track variety is limited to a handful of unique locations, however when they are revisited in later tournaments, new sections open up and what was once a one minute lap may be extended to up to three minutes simply by presenting alternate routes and obstacles to overcome. This is a clever way to minimise the amount of maps while still offering different experiences each time a track is encountered. The first tournament consists of simply placing in three lap races with minimal environmental obstacles while later adding rocks, large moving Sandcrawler vehicles and rotating fan blades for instance. Later tournaments are significantly less straightforward but remain relatively easy to complete with appropriate care and anticipation upon later laps. 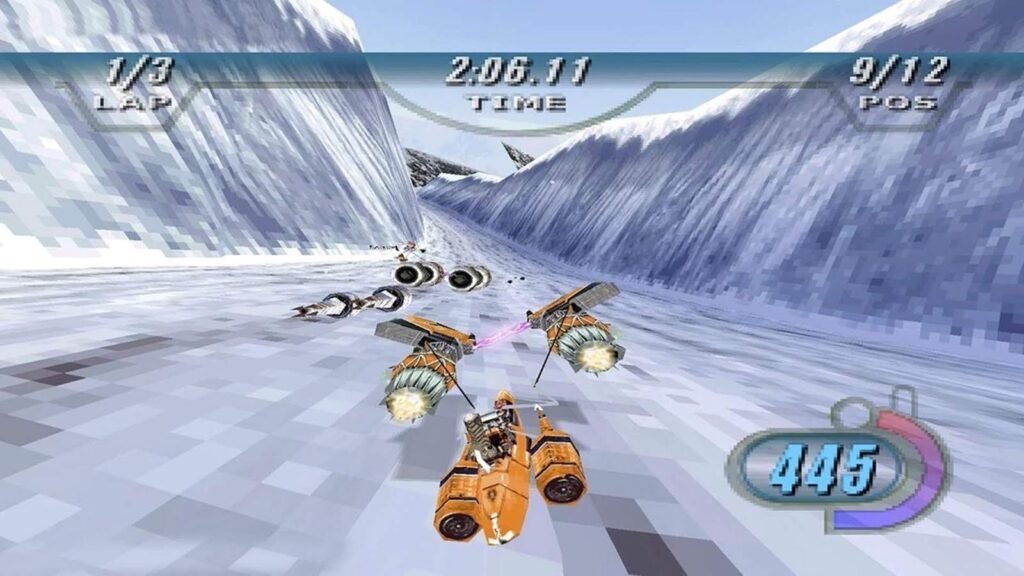 Accelerating, braking and drifting comprise the core mechanics of the racing gameplay while advanced players may enjoy turning their pod sideways to fit through tight spaces for style more than anything else. When utilising boost the player’s turbines of their pod begin to overheat and if they do not release the boost in time, the turbines will catch fire. Any damage sustained to the turbines is indicated by colour on their graphic on the left side of the screen. Green is healthy, yellow is moderately damaged and red is severely damaged, resulting in the increased likelihood of explosion upon impact with something. Using the L2 button, which also extinguishes any fires abnd repair the turbines. Competent players can also use the fire to their advantage before repairing by pulling up beside a rival competitor and setting their pod on fire. It’s this layer of control and calculation of risk that makes the rather simple gameplay feel as though it has depth. 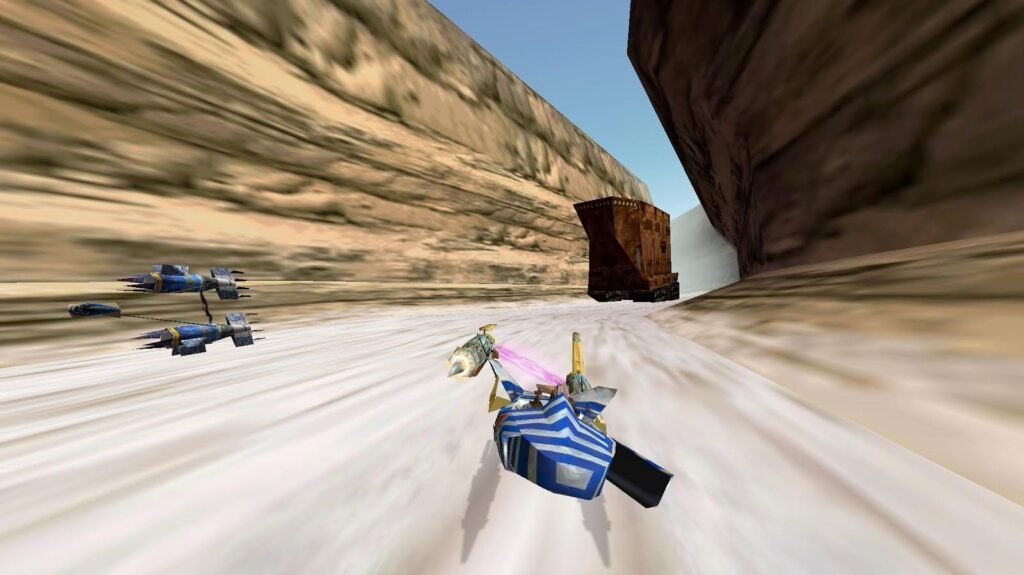 The visuals have been enhanced to not feel as outdated and looking back they were pretty good for its time. Complimenting the visual aesthetic of Star Wars is the immaculately appropriate score from The Phantom Menace film and the insanely popular “Duel of the Fates” in particular adds excitement and tension to the races it features in. While also utilising actual sound effects from the film, the overall presentation is authentically Star Wars. 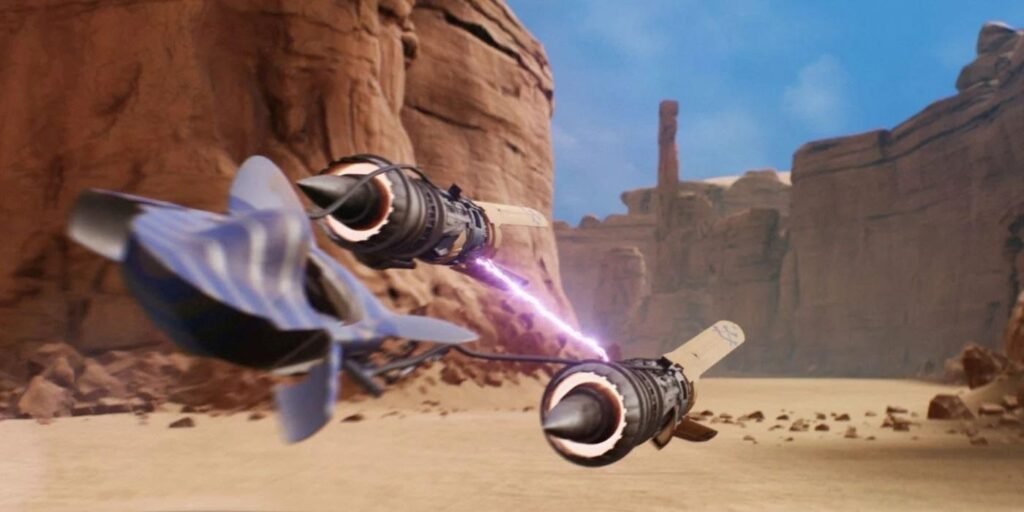 Offering multiplayer races as well opens up the fun for the whole family to enjoy and as Star Wars has always been a family friendly franchise, this game is no different. Young children, teenagers and even us adults who grew up with this game and/or film can enjoy playing this alone or with friends. 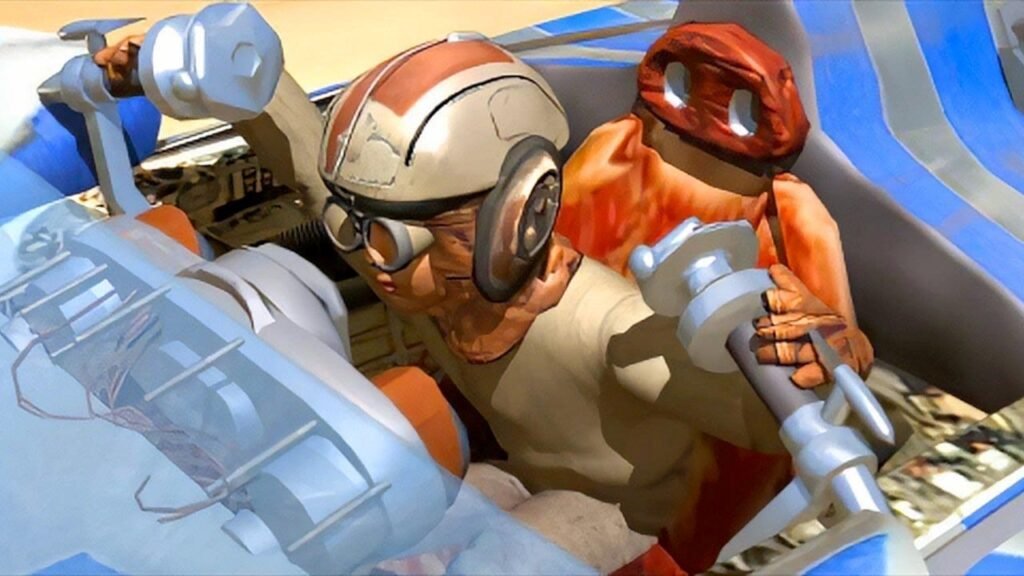 It may have taken its time to receive an HD re-release but Star Wars: Episode I – Racer is a competent racing title that may be simplistic but it’s authentic Star Wars presentation give it the ability to remain fun and worthwhile even in 2020. It may not contain as many modes or race types compared to recent racers but nostalgia and fandom of Star Wars is enough to let it hold its own in the genre.