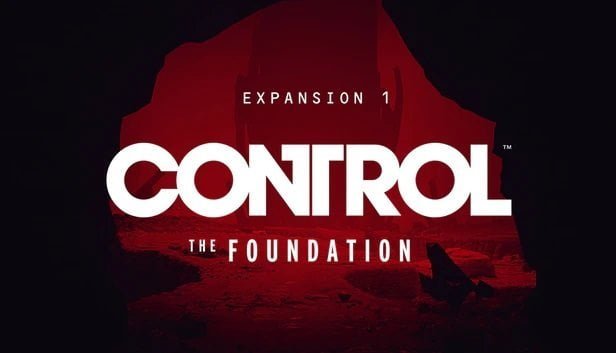 * Disclaimer: This review was originally written as a member for One More Game and Xbox Gamer Dad, edited by co-founder Adam Potts and/or founder Matt Brook. A review code for this title was provided by OMG/XBGD. This review was written from my perspective with editor input. Click HERE to read this review as originally published on onemoregame.com.au *

Remedy Entertainment have established themselves as master world builders, releasing the likes of cult classic Alan Wake in 2010, its 2012 spin-off Alan Wake: American Nightmare and the divisive live action episodic integrated Quantum Break in 2016. These titles were complex, narrative driven explorations into the human psyche and the supernatural. In August last year they went on to release Control, a supernatural psychological experience that garnered critical acclaim and brought the studio the wide-spread attention that had alluded them thus far. Winning numerous Game of the Year awards and countless other accolades and nominations, the first of two expansions – The Foundation, launched on PS4 in March and finally on Xbox One on Thursday. Diving deeper into the mysterious Oldest House that serves as the headquarters for the Federal Bureau of Control, which is now under the leadership of newly appointed Jesse Faden, protagonist from the core game.

Important to note, The Foundation can only be accessed after completing the base game. This I believe is for two reasons; to avoid spoiling the main narrative and to ensure the player is appropriately levelled, as there are some difficult encounters the player must face as Jesse. While Remedy could have gone the route of other DLC releases by allowing the player to access it without completing the game and just kit the player out with a capable load out, it would genuinely be a disservice to Control as a whole. The narrative of The Foundation would be confusing and in order to understand it, Jesse’s position and motivations plus the state of The Oldest House itself would not make sense. 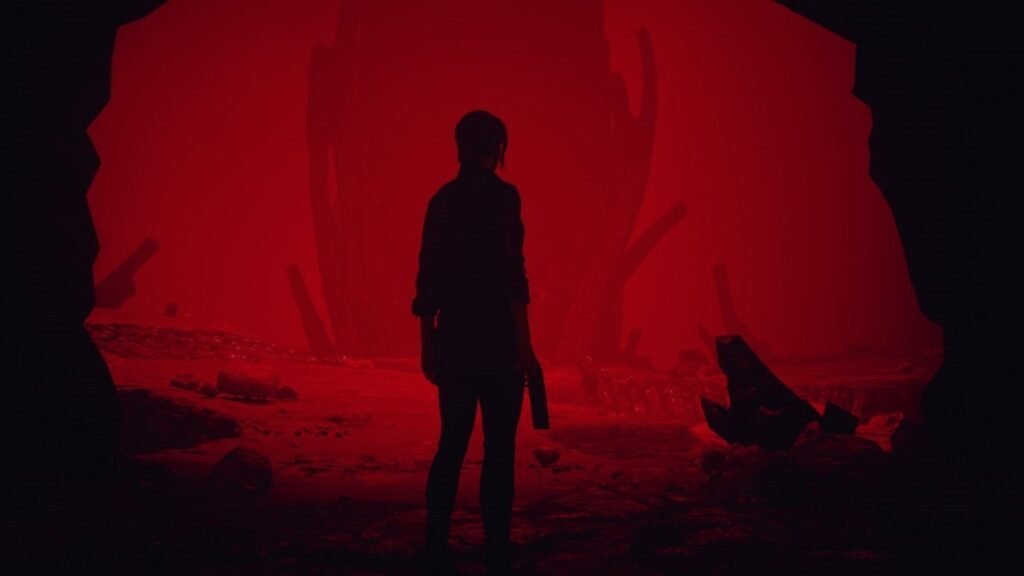 The Oldest House serves as the headquarters for thyroid Federal Bureau of Control, a secret service like organisation that investigates the paranormal and protects the world from being exposed to it. As the director, Jesse has access to a red phone known as the Hotline, a direct line between the director and the Board which itself is somewhat of a supernatural existence. The board says the Oldest House is in danger and Jesse needs to prevent the astral plane from further bleeding into reality as she knows it, to stop the two realities colliding.

What follows is an action adventure seeing the player traverse the Foundation of the Oldest House, navigating a labyrinth of caves that are reminiscent of Crait from the film Star Wars: The Last Jedi, striking red sand that beautiful canvases the terrain. These caves are populated by large crystal formations that obstruct several pathways that can’t be destroyed without unlocking one of this expansion’s two new abilities. 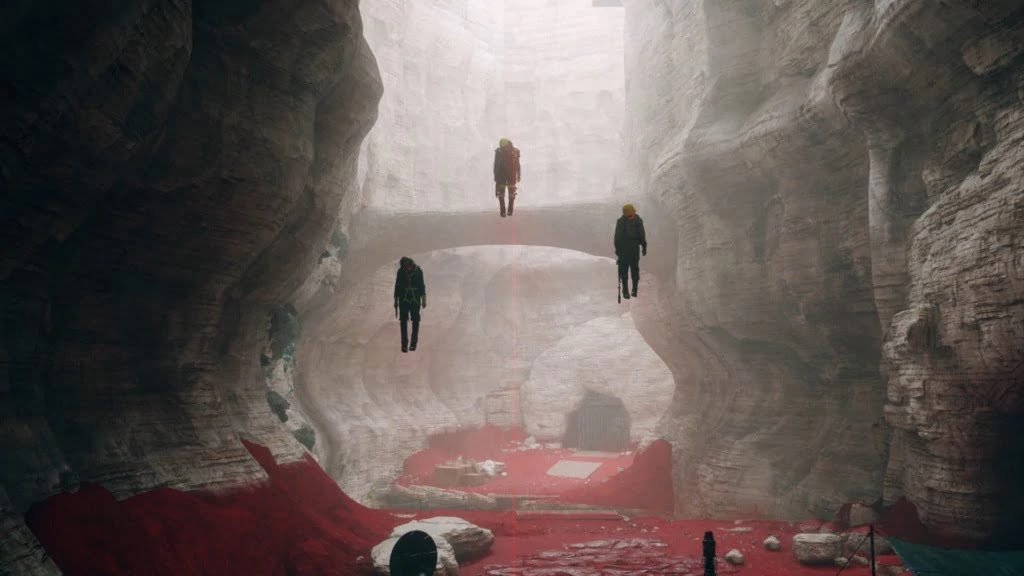 Fracture allows the player to shoot these crystal formations and destroy them though some of them will reform after a brief amount of time, killing Jesse if she is on the area where they reform. If enemies are standing on crystal formed sections of flooring, the crystals can be destroyed and the enemies will plummet to their demise. Shape is the other new ability and this allows for crystals to manually be formed at specific spots as indicated by an outline of the base of a crystal formation. This is largely used to platform and navigate the area, reaching higher or otherwise inaccessible areas. Alternatively, this ability can be used in combat to form crystals to damage or defeat enemies who may be standing under or beside them. Both of these abilities are fun to play with and are consistent with the type of abilities already present in the world of Control. Unlocking each will task the player with mastering a trial in the astral plane to prove their competence with this new power. These are fun and interesting encounters that act as a necessary tutorial to understand the abilities at their maximum potential. 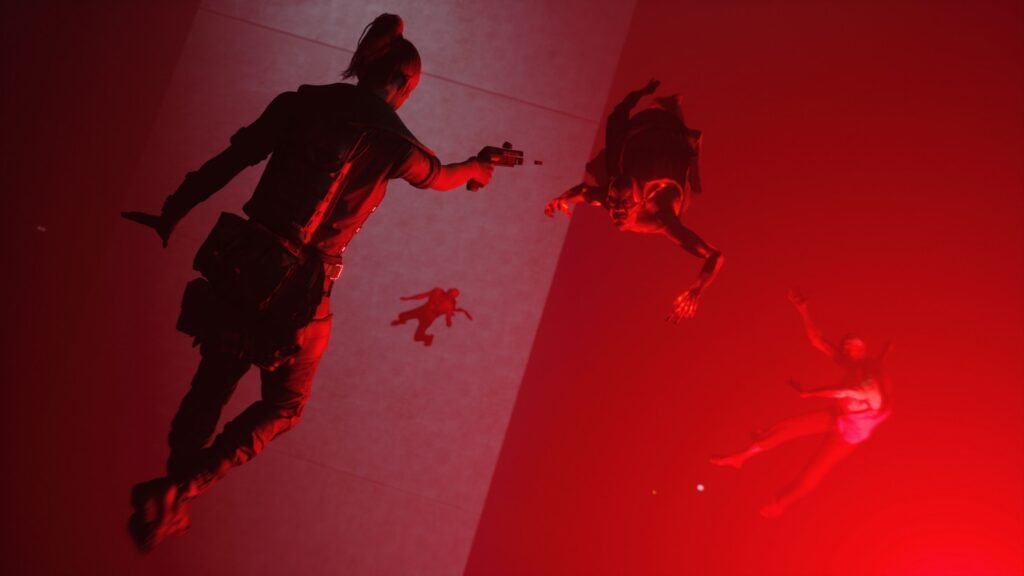 A handful of opportunities exist for a radio to be used for Jesse to call in a Ranger to back her up, providing assistance on the battlefield. This AI support was surprisingly capable and competent in battle and was actively engaging the enemies, wreaking them as well as eliminating them. This was a cool way to ease the chaos of some rather large swarms of enemies.

Small offerings of optional side missions are present as well as the main story missions that add variety and most importantly extend the 3 to 4 hour main story expansion. The areas are decorated with an assortment of collectibles that offer new backstories while also fleshing out the goings-on of The Foundation itself. 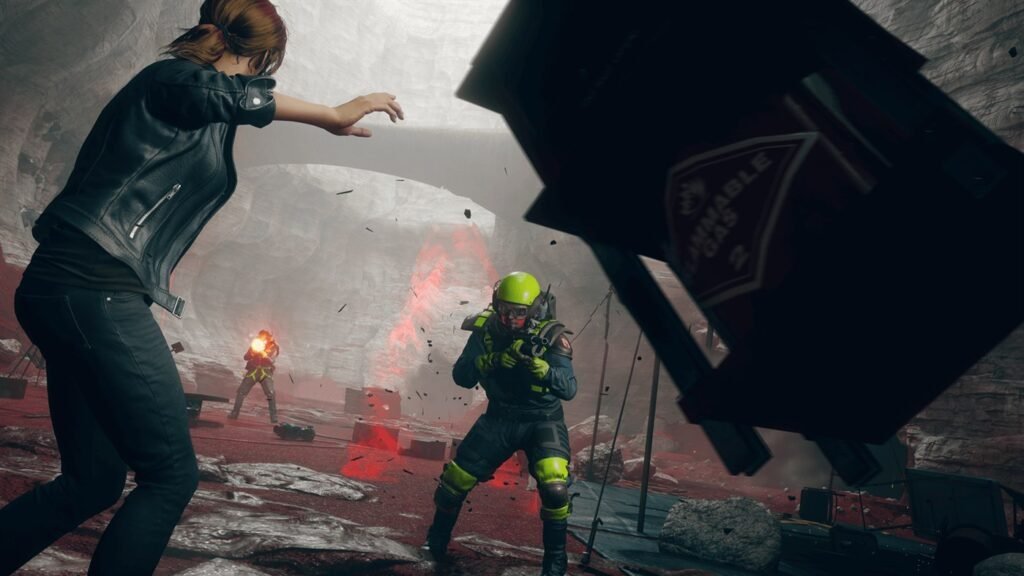 The final mission of this expansion features a fun and challenging boss fight amidst a stunning red backdrop. Assisted by the AI Rangers, the player is tasked with depleting the boss characters health bar while disposing of waves of regular enemies. Executing the new abilities with mastery is critical in handling this mission as easily as possible and when all is said and done, a string of cutscenes will lead the player back to the main area of The Foundation to further explore, collect things and complete the side missions.

The Foundation is a strong first expansion and feels well within the established world of Control, providing an interesting story and fun new abilities.

– The main story is a little short

‘The Foundation’ expansion is available to purchase on its own or as a bundle in the Season Pass which also contains the upcoming ‘AWE’ expansion.