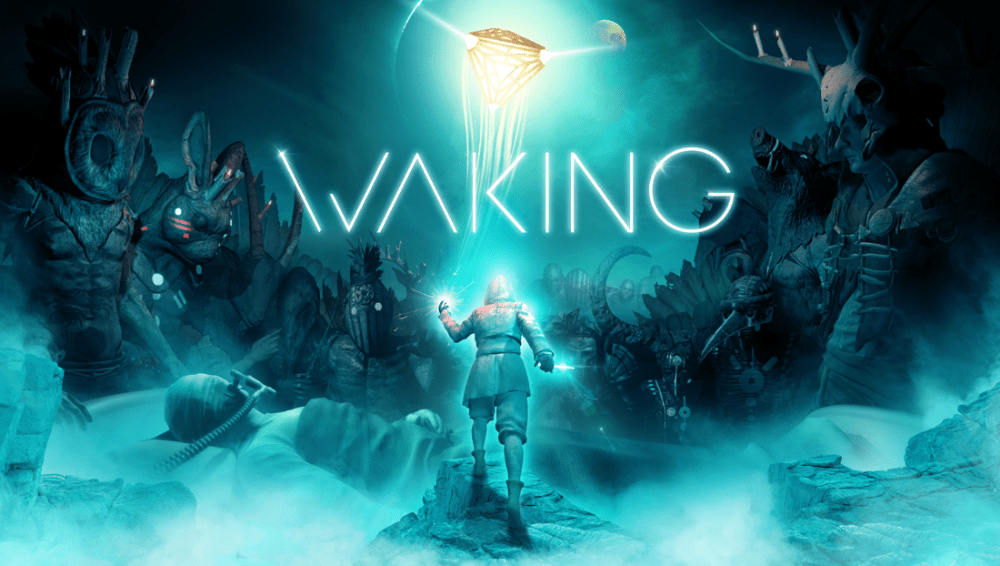 What makes video game experiences different for each player outside of the core gameplay mechanics is their interpretation of the narrative, their connection to the characters and themes they may relate to. Waking excels in setting itself apart from a typical story driven experience by offering unrivalled personalisation in that the player makes every choice, every consequence and every trait of their character. Waking asks the player to truthfully explore their understanding of their own mental health and to reflect on their personal experiences from childhood to adulthood. By making choices not true to the player’s actual life would provide a game that lacks meaning and emotional resonance that would otherwise come from this adventure of self–reflection.

It is hard to believe that Waking has been brought to life by one-man developer Jason Oda, capturing the essence of personal self–reflection and presenting emotional impact that I would personally argue is second to none in the video game realm. By essentially allowing the player the opportunity to honestly explore themselves emotionally and reflect on their own past, Waking sees the player character in a coma with the gameplay unfolding in their dreams from the third person perspective of a faceless hooded “you”. Voices whisper and call the player to enter the light but the journey of self–discovery that takes place asks the player intimate details of their own lives and this shapes the narrative and personalises the gameplay. 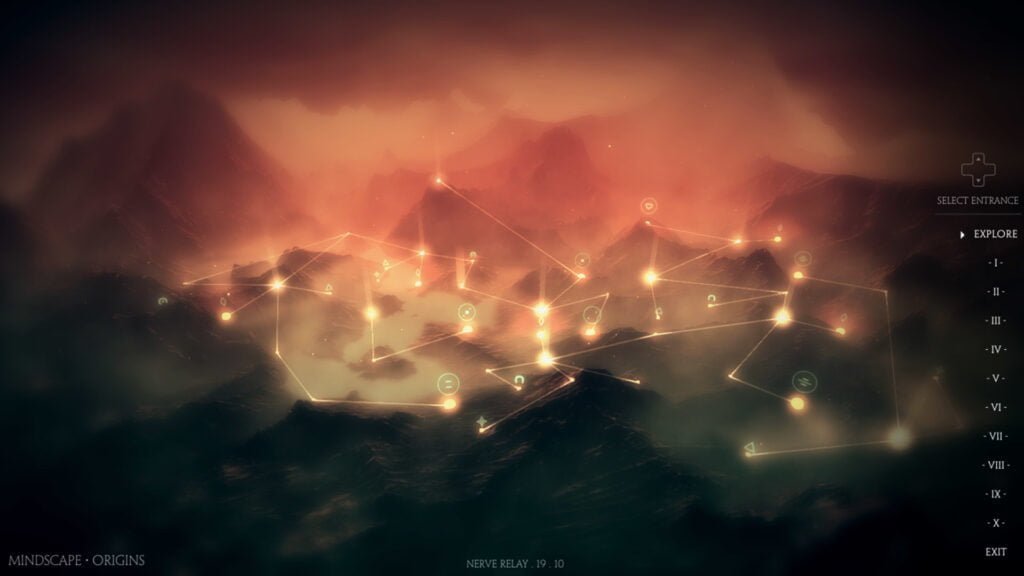 Taking place inside a labyrinth of dungeon like areas within the player character’s mind, the player’s choices shape their individual experience in a way that can just easily put a smile on their face as bring a tear to their eye. These choices typically follow a scene of an angel standing over the character in their coma, providing a meditative trance-like monologue that is incredibly relaxing, referred to as guided meditation.

Questions of what country the player was born in, what town they grew up in and intricate details of what type of house was it may seem like inconsequential decisions but the answers are reflected in further dialogue and even incorporated into the name of attacks and abilities that can be used. The Dirt of Lumsden was the name of one of my abilities, encompassing my description of my childhood home and town in Lumsden, New Zealand. This ability was a constant reminder of what “home” meant to me personally. Questions of my childhood pet, such as its name and what type of animal it was seemed innocent and lacking in purpose but upon answering and even selecting which avatar this pet looked like, my Siberian husky Lex was brought to life as a companion that could be summoned to attack the twisted threats within my in-game mind. The opportunity to identify a person close to me, either a best friend or partner, significant memories shared with this person and what they looked like resulted in that companion to be summoned to fight by my side. These personal memories, feelings and relationships being brought to life and surrounding me as I played served to constantly feel like not just character but that even I was not alone. 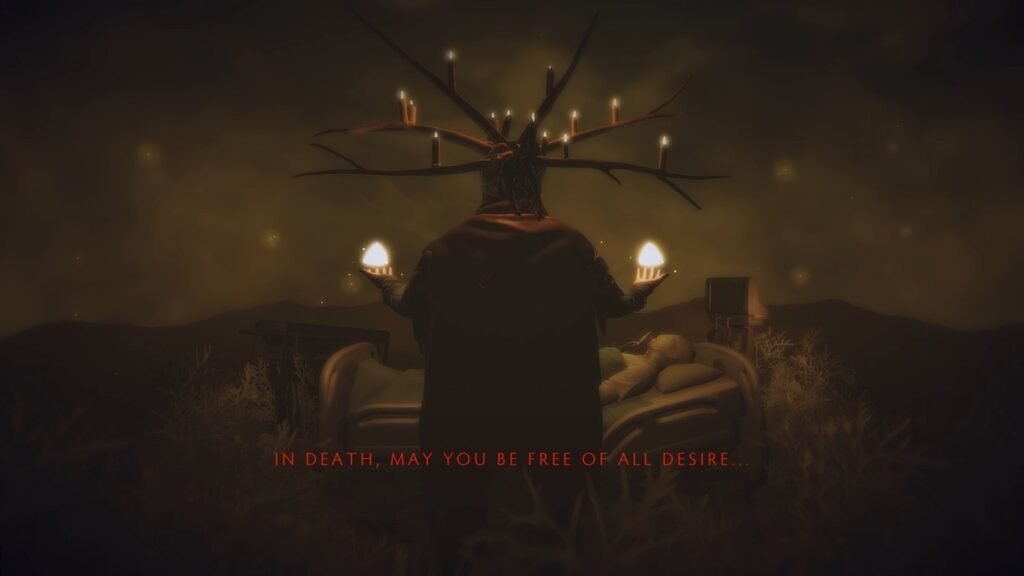 The presentation of choices to make with every question was varied enough to afford the opportunity to provide honest answers in every instance. The player’s biggest fears and regrets for instance allow the player to look within themselves and identify these painful truths, that too would be incorporated into the emotions that served as attacks. Throughout the explorable and procedurally generated Mindscape as the realm is known, there are an assortment of enemies named after emotions or feelings that can be attacked by levitating, charging and shooting objects to deplete their health bars or using objects to reflect projectiles. Some enemies would require melee attacks, also named after emotions or memories, particularly boss encounters. Using things such as emotions and memories as attacks and companions adds an emotional weight to the combat that feels lacking in terms of the actual gameplay mechanics. All of the abilities with the exception of launching objects require Neurons to use, collected from defeated enemies. The combat itself does not feel particularly engaging without these personalised details. 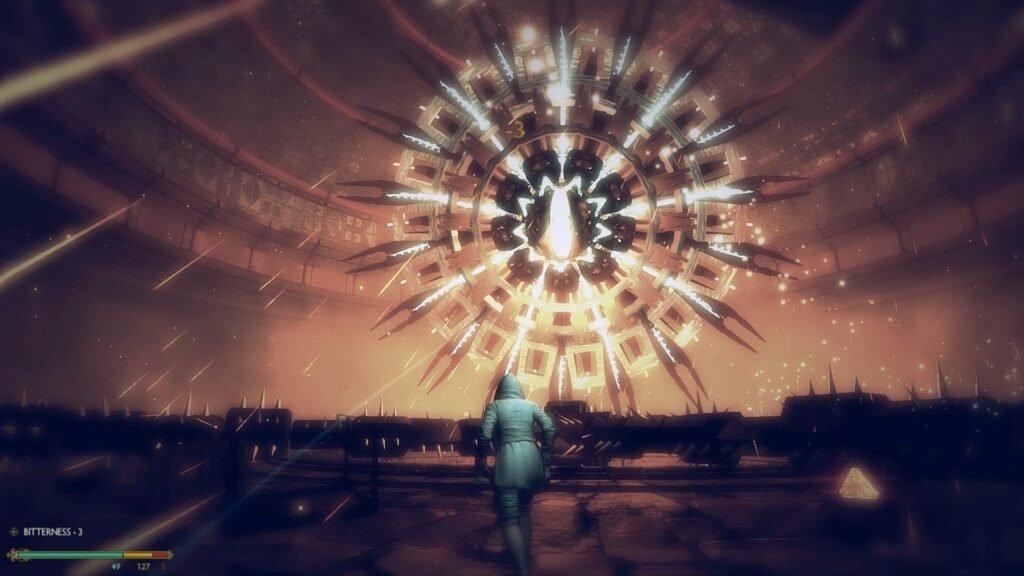 The movement of the character is also distracting with animations that feel unrealistic and lacking in authenticity, but as with the gameplay in general, it is the emotions and journey of acceptance and self-discovery that carry Waking, providing an overall experience that is able to masterfully overshadow these technical shortcomings.

In addition to Neurons, Hope can also be gained by defeating enemies though unlike Neurons, an enemy must be defeated without being hit to gain it and it can be used to unlock various intractable objects within the environment. Although, if the player is hit in combat all accumulated Hope is lost, where as only a small amount of Neurons are lost. Fear is another mechanic that increases when damage is sustained, subsequently causing the health bar to reduce in maximum capacity.

There are main missions to complete as well as a large offering of side missions that provide stat rewards and boss debuffs for upcoming encounters, both types of missions typically require the player to explore and find something to interact with, occasionally putting a boss between the player and its completion. The boss encounters are surprisingly enjoyable, keeping the player busy enough while throwing in minions to distract or a wheel of fortune like randomised mini-objectives in between rounds with the bosses. The variety in the boss encounters certainly helps redeem the overall gameplay. 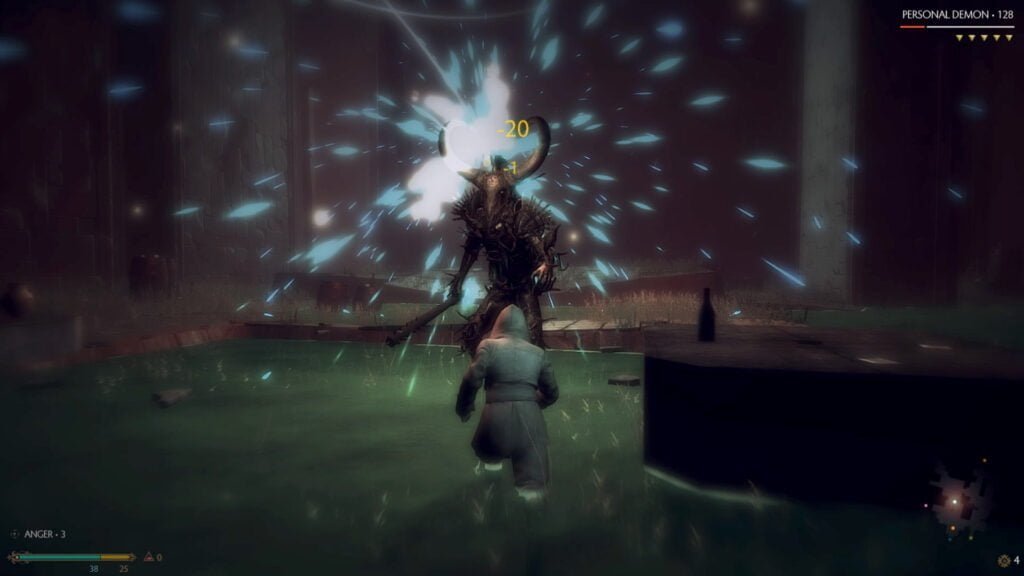 The music and sound design is impeccably enchanting and mesmerising, providing a wholly meditative experience that relaxes while also challenging the player to pursue an honest and open journey, exploring the deepest darkest corners of their minds for better or worse. The visual aesthetic may lack the finer details, a player would expect to see but excellent character, and enemy and world design playfully bring the explorable mind to life.

While no foul language or detailed depictions of violence are present this experience is recommended for mature audiences. Younger players may still enjoy the game but without world or life experience the personalised narrative may fail to feel meaningful or as poignant.

Waking is likely to be a divisive experience. While the core gameplay may not necessarily connect or engage the player, by being truthful to yourself, embracing the past and acknowledging who you are and where you came from, this is a truly powerful and emotional experience that will appease those interested in their life being laid bare on a playable platform over the course of 18-20 hours. Waking reminded me who I am and what I’ve been through and I highly encourage the investment in this journey.

+ Incredibly powerful journey of self discovery