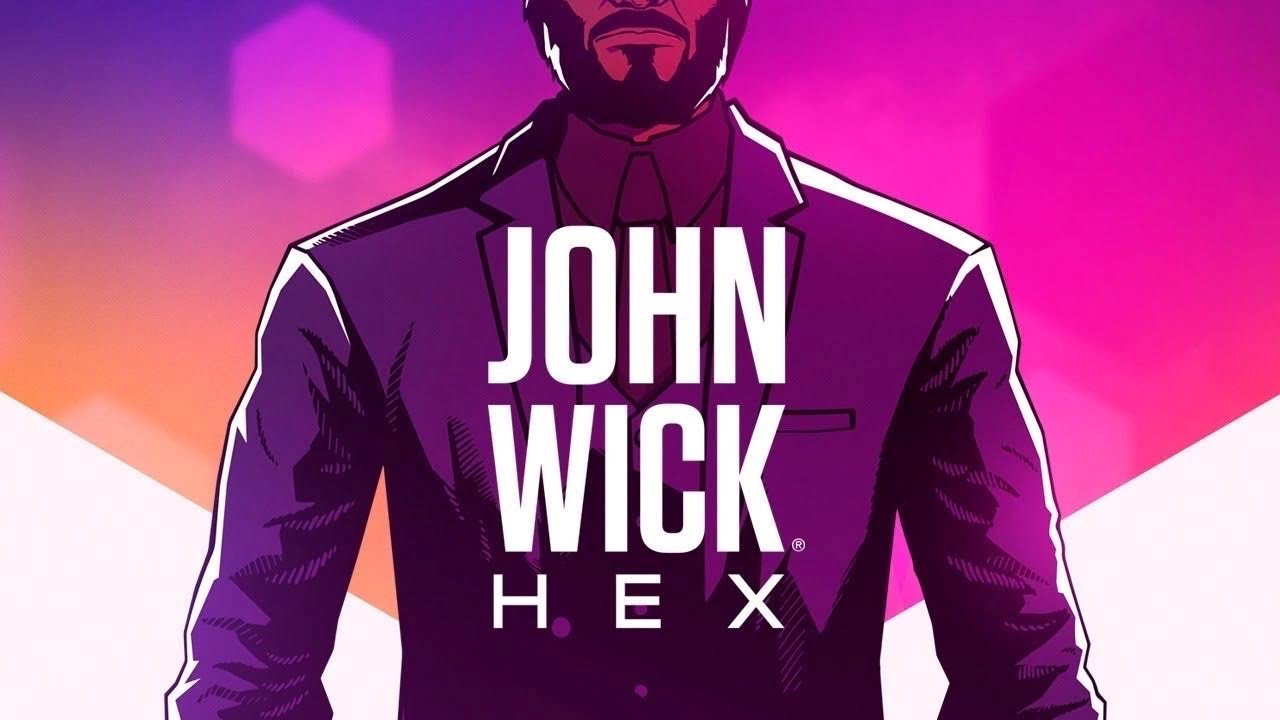 * Disclaimer: This review was originally written as a member for One More Game and Xbox Gamer Dad, edited by co-founder Adam Potts and/or founder Matt Brook. This review was written from my perspective with editor input. Click HERE to read this review as originally published on onemoregame.com.au. *

John Wick has become a wildly popular trilogy of films known for adrenaline pumping action, fast paced hand to hand combat and in the capable hands of fan favourite Keanu Reeves in the titular role. Featuring a highly trained retired assassin, the series characterises violence in a jaw dropping way. Enter John Wick Hex. A strategic turn based action title based on the film series adopts a slow and calculated approach that substitutes speed for methodical placement of the character in a grid-like field of play. It somehow manages to strip away all of the intensity and the end result is a meticulously bland affair.

The player takes control of John Wick in this prequel and is portrayed through a visual novel style narrative containing seven chapters, each leading him through an unique environment such as dark alleyways and vibrant nightclubs. The settings themselves are nice change of scenery, though this variety serves as little more than just that, each playing out in largely the same way. The stylised artwork doesn’t quite capture the feel of adrenaline due to its static comic book style cutscenes and John in particular comes across stiff and lifeless. Renowned voice actor Troy Baker brings a solid performance to the role in Keanu’s absence and shares the screen with characters who are actually voiced by their on screen counterparts in the form of Ian McShane and Lance Reddick. This breathes familiarity to fans of the film franchise and it packs a script worthy of a film adaptation.

The level design is fairly linear and offers the player little flexibility in terms of mobility, though it does present a decent variety of tactics to take down the enemies. The player can move John within a grid, moving only a handful of steps at a time before entering a static pause state for the player to calculate their next move. Choosing to crouch, roll, reload, melee and shoot with a variety of combos that can be strung together for John to take out the baddies and move forward. Presented as a timeline at the top of screen, the player can see their sequences laid out before actually initiating them. The animations of all characters, John included, are repetitive and glitch riddled. Every encounter looks the same on an animation level, with wildly ridiculous rag doll effects of bodies and body parts behaving in strange manners are a nearly constant occurrence. It is an unavoidable distraction that destroys the immersion with regularity. 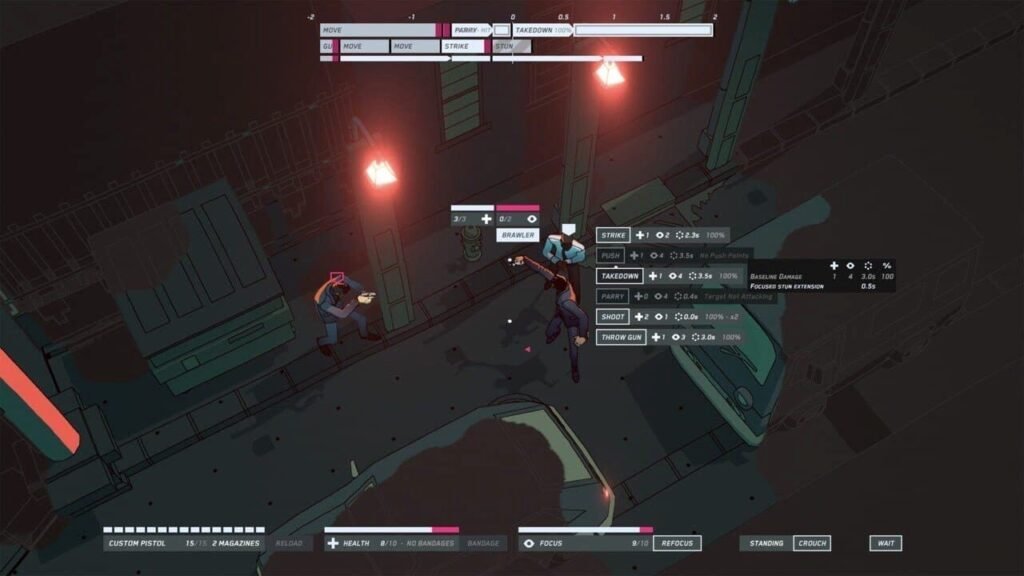 At the beginning of each multi-mission level the player has the opportunity to spend coins on buffs such as increasing max health, reducing Focus costs or stashing weapons throughout the level and bandages to heal. Spending these coins on weapons is almost entirely redundant as defeated enemies drop them with such regularity that firepower and ammo is very rarely going to be an issue. Bandages however are one item that there can never be too many of and without managing those stock levels effectively some of the later levels can put the player in a position where they have low health and no access to bandages, requiring the entire multi-mission level to be restarted. This is a painful case of trial and error to essentially make it through the early missions almost untouched to ensure comfortable quantities of bandages are available when needed most. As the enemy spawn locations are somewhat random it is not as simple as just retrying and knowing exactly where danger will be present. It’s a challenge that feels satisfying when mastered but can be frustrating until it becomes second nature. 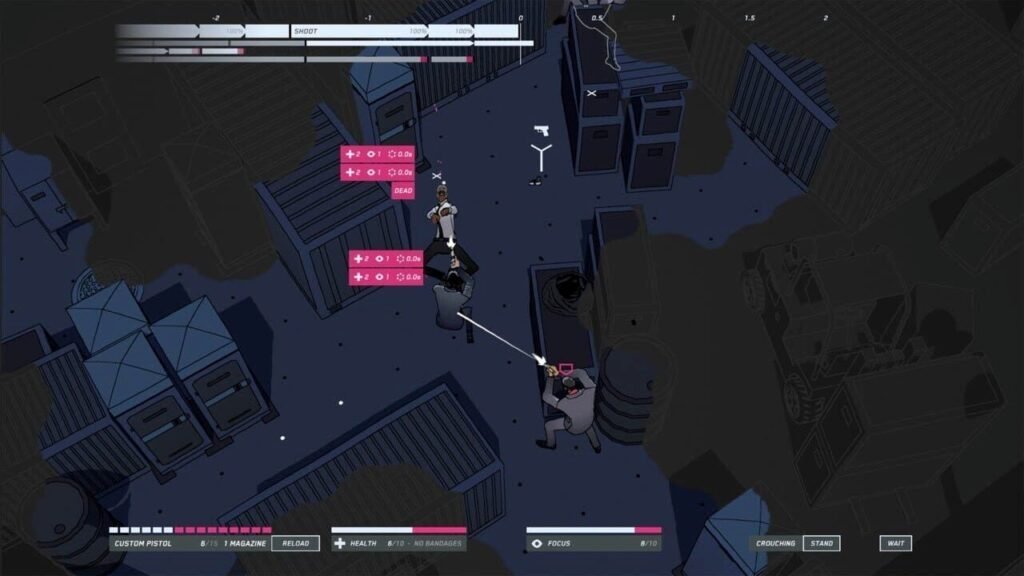 The arsenal at the players disposal is balanced and includes the likes of pistols, assault rifles, shotguns and revolvers though the latter two take too long to fire to warrant use. Reloading is a manual exercise but instead of reloading the pistol for instance, the player is amusingly able to throw at the enemy as an attack. It’s fun at first but the novelty soon wears off, as it’s quicker to use the empty gun as a weapon and pick up a new one dropped by a defeated enemy than it is to reload at most times. More often than not if the player does not carefully consider the placement of their enemies their moves and attackers are able to be interrupted by taking damage. For some reason some weapons will fire a series of shots that will continue on the bullet riddles corpse of an already killed enemy. This leaves the player vulnerable and makes no sense for the shots not to redirect to another enemy that is actually alive and this can be extremely frustrating.

Another gameplay mechanic more interesting in concept than execution is Focus. Focus is used to perform takedowns and a dive roll while crouched to avoid enemy attacks for instance. It is easily replenished by pressing a single button at any time, even in the middle of combat. Enemies also use Focus to alarming effectiveness, rendering most attacks useless unless the player can get close enough to deal some melee damage to make them vulnerable. It’s a clever concept that eliminates the possibility of the player just running and gunning through the levels and forces a more tactical play style that largely requires hand-to-hand combat.

The comic book and visual novel art style is accompanied by a solid score that rises and falls with the action and the sound design is competent to say the least. The entire presentation is consistent in that regard and overall it fares better than the gameplay mechanics that for the most part work better in theory. The stylised violence prevents it from being a game for younger players and as such it’s recommended for mature audiences only, much like the films. 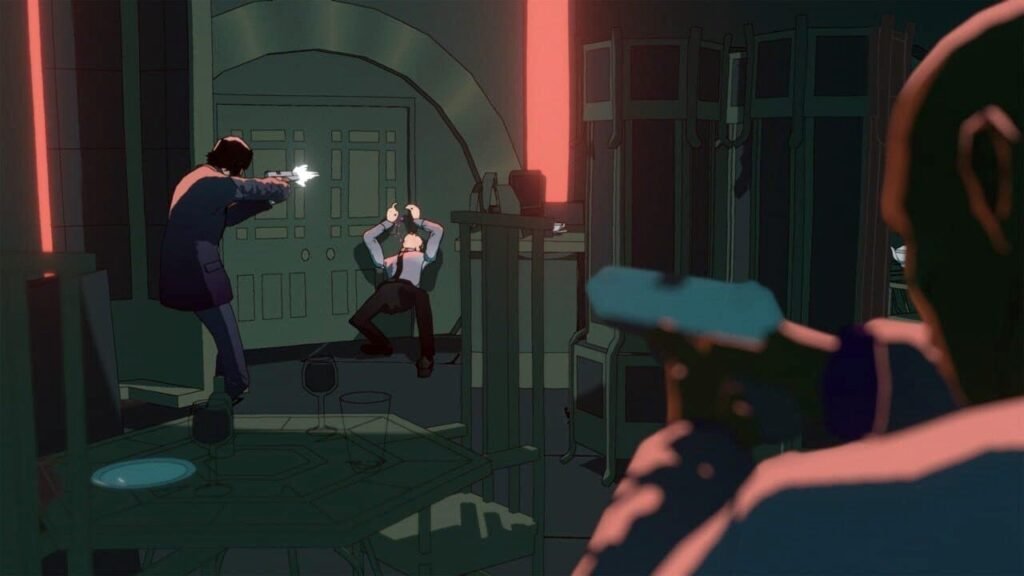 John Wick Hex cannot easily be compared to the film series in regards to the action and pacing. To make the comparison is unfair to the experience it provides. The alternative gameplay formula may not be fast paced and adrenaline fueled but the calculated approach to combat is one that is unique and can be fun in its own right. Expectations of a breakneck campaign starring an expert assassin will not be met but for those interested in a turn based meticulous gameplay experience will enjoy the challenge.