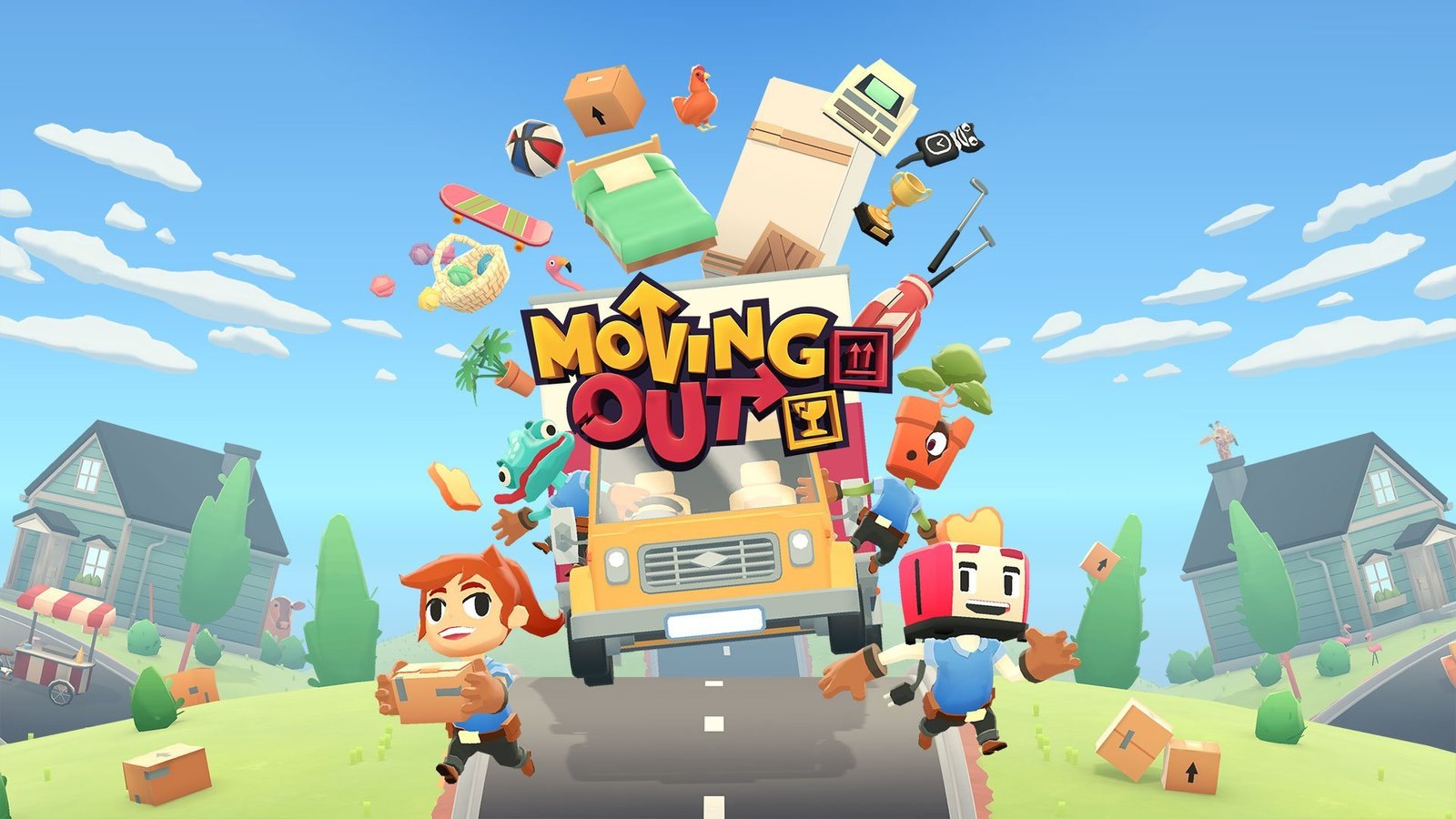 Moving Out takes the monotony of moving house and turns it into a fun, wild and entertaining exercise with a variety of accessibility options to make this an experience for players of all ages. Playable solo or with up to three other players in local co-op, the 30 levels of the story mode can comfortably be completed within 5 to 10 minutes each, making this an easy one to jump in and out of for short gameplay sessions if preferred.

Developers SMG Studio and DEVM Games have included some very notable accessibility options such as toggle for carrying objects instead of having to hold the right trigger to do so, a scalable user interface to make the on screen displays larger or smaller and dyslexic friendly text options to make the text less playful with its fonts and instead be more standard and readable. The greatest feature though is arguably the Assisted Mode which can have the following options toggled on or off; longer time limits to complete the jobs, reduced difficulty, skip level on fail, objects disappear on delivery instead and lighter two player items for a single player to move such as those pesky L shape couches and refrigerators. This mode makes the game a lot easier and is highly recommended for younger players. 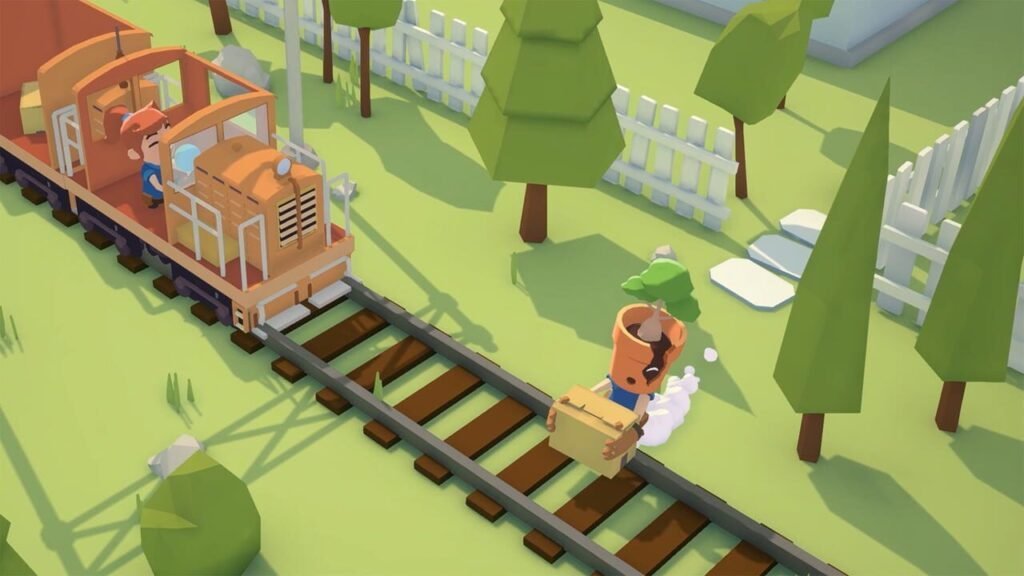 Starting a new game allows the players to choose to play by themselves or have up to three others play locally. A roster of six characters is available to choose from which can be lightly customised to alter the colour of their appearance and add accessories such as hats. An introductory training video reminiscent of the likes from the 80s, complete with a VHS look, leads into a brief tutorial covering the basics of picking things up, throwing items, carrying larger two person objects and of course, slapping things. Upon completion the player will receive a certificate stating “Smooth Moves Furniture Removalists hereby recognises you as a certified F.A.R.T (Furniture Arrangement & Relocation Technician)”. This playful and light-hearted introduction to Moving Out sets the pace for the remainder of the experience, offering a lighter and casual tone the whole family can appreciate. 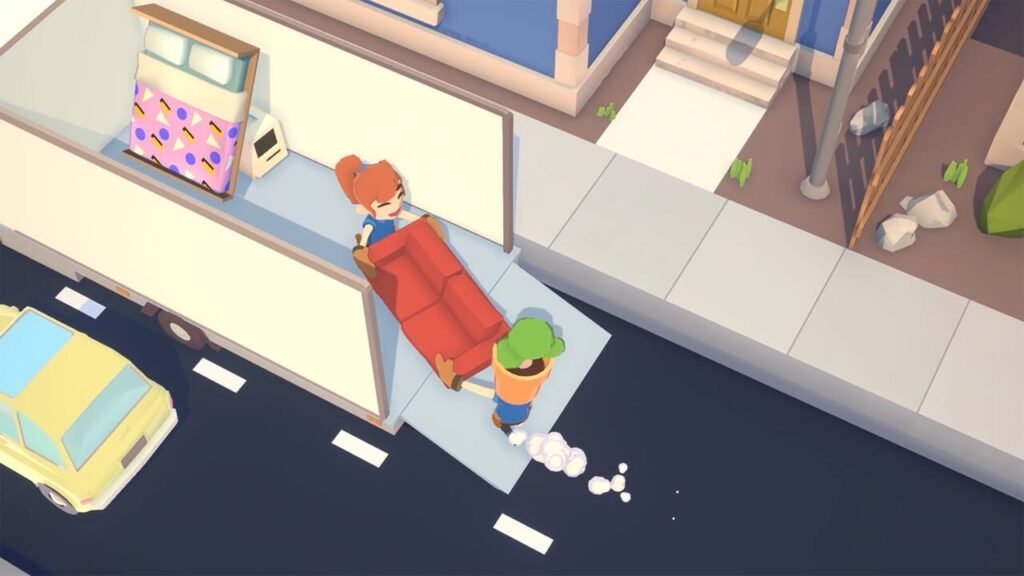 The player is then introduced to the town of Packmore, displayed in a top-down format where jobs are accessed by driving the delivery truck around the map where upon completion of a job, the next one will become available but so too will optional Arcade and Memory Jobs at the Arcade and VHS Store locations respectively. Arcade Jobs are short and whacky scenarios with old school retro arcade style. Memory Jobs are very short and based on the history of the players supporting truck driver character such as the legendary “Luggage Rescue of ‘84” where all the luggage had to be thrown from the wing of a plane onto a moving truck below as the plane presumably prepared for a crash landing.

When a job is selected, the job name, number of items to move, best time (if level played previously) and time requirements for Gold, Silver and Bronze medals are displayed. What isn’t displayed until the end of a mission are three hidden objectives to be completed, such as putting an animal in the moving truck, not touching snow, smashing windows and not smashing windows for example, the latter two encouraging replayability. Any Job that has already been completed can be replayed by simply driving to it on the map. 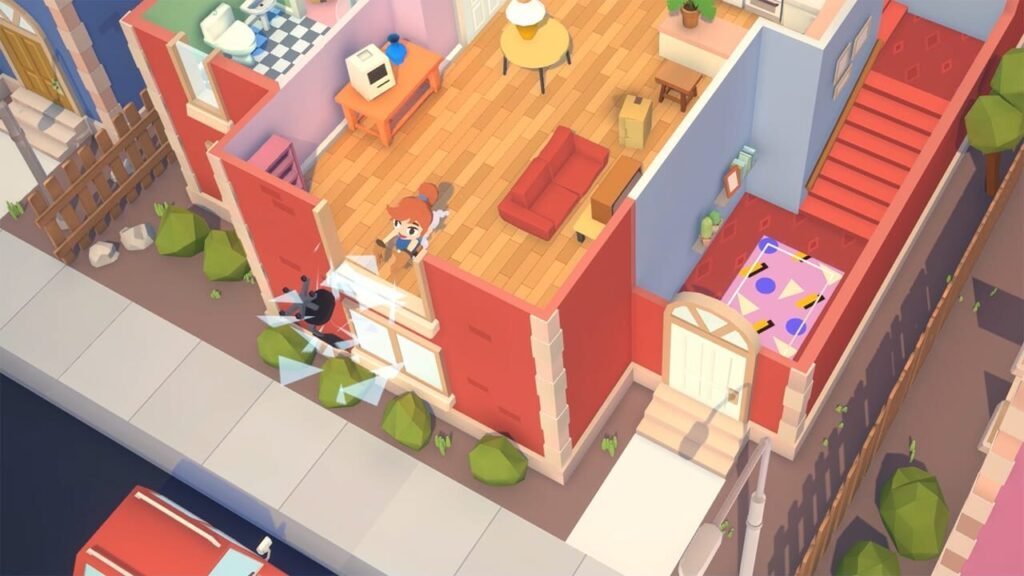 The jobs themselves have a very simple premise. Moving the highlighted items into the moving truck within the time limit. That requires moving different pieces of furniture and appliances, which varies when locations include business offices compared to homes for instance, onto the moving truck. They can be carried on or even thrown on. Things are much quicker with multiple players and objects can be thrown by one player and caught by another and delivered to avoid constant back and forth to the truck alone. Once the last object has been loaded the job is over and a results screen will reveal how well the player has done.

The jobs have varying locations ranging from single story houses, two story houses, office blocks, farms, snowside lodges and even a spooky mansion with roaming ghosts! These ghosts, as with any item, can be slapped for no particular reason other than a giggle. Some obstacles such as the roaming ghosts, fire and crushers so as the game progresses, so too does the difficulty of the job, although none are particularly difficult. While accessibility is obviously important, a little more variety in the obstacles would be nice for those looking for a little more of a challenge, a hard or experienced mode for example for older players. 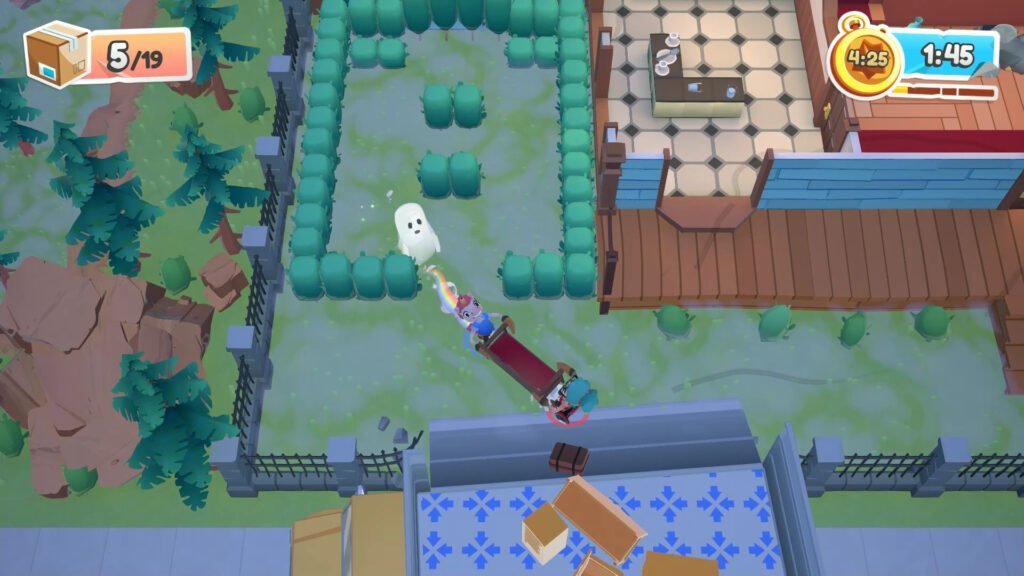 Sporting a playful visual style and simplistic designs, the art direction works well in establishing this as a family oriented experience suitable for all ages. With fun music in the background and humorous  text dialogue before and after the bite–sized jobs, Moving Out is a great little experience for young and older players alike.

While the hidden objectives of each job and the desire to have a gold medal in each one offer replayability, as well as the Arcade and Memory Jobs, it would be nice if after the story was complete that there was a little more variety in things to do. That doesn’t take away from the fact that Moving Out is fun and well worth a replay, just that it feels a little more to do would go a long way in extending the playtime. If you are looking for a game that can be enjoyed alone or with the kids, siblings or friends, Moving Out is an entertaining way to go.

– Little to do after story is complete

Moving Out is also available on Xbox Game Pass.