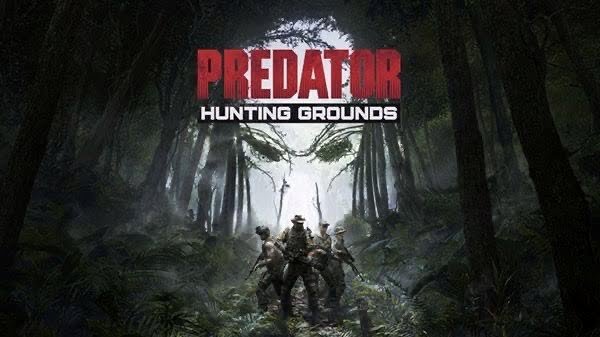 Predator: Hunting Grounds is an online only asymmetric multiplayer title where four players lace their combat boots to tackle objectives while disposing of enemy AI soldiers as well as a fifth player assuming the role of the iconic Predator. The soldiers need to complete their objective and “get to the choppa” for extraction within a 15 minute time limit while the Predator utilises their incredible hunting skills to wipe them out.

An optional tutorial for how to play as the Predator and use their skills effectively is highly recommended, particularly for understanding how to efficiently traverse the landscape. Referred to as a Predakour, the Predator is able to swiftly ascend trees and seamlessly transition between branches and other trees. This system is fast, fluent and fun. Armed with a chargeable laser cannon on the shoulder the Predator is able to devastate from the treetops but this would expose their position. By instead utilising the thermal vision to detect body temperatures and active camouflage, the Predator is able to move around almost invisibly, allowing for swift executions or heavy strikes up close. Any form of attack while cloaked will deactivate it and the Predator will be completely visible to all surrounding threats. Unfortunately, the Predator is somehow underpowered and essentially defenceless against the player soldiers. While it is possible to escape combat, if damaged too heavily a green blood trail will follow the Predator and make it easy to track for the soldiers. A healing stim boost is available though in my experience at least this did not stop the bleeding. In addition to this, the Predator is able to hunt wild animals such as boars that roam the jungle to gain small health boosts.

There is a significant damage balancing issue where the player controlled soldiers are far too overpowered, increasing the difficulty of playing as the Predator while also reducing the enjoyment. It’s such a shame because the Predator gameplay is solid. If the Predator can eliminate all four players, their hunt is successful and they win. If however the Predator is downed, there are three scenarios that can play out. Firstly, a prompt will appear for the soldiers to call HQ to extract the body, in which time it must be defended and kept in good condition from enemy damage. Eventually a cutscene will play and the match will end. Alternatively, if the Predator isn’t killed quick enough it can activate its nuke and the blast can either be ran from and live or die the match will end but an interesting solution to the nuke is to attempt to deactivate it by completing four puzzles against a countdown. This tension and suspense is something Hunting Grounds sorely lacks. Successfully deactivating the bomb will then lead to the body needing protected from the enemy anyway. The final scenario is the Predator is killed and the soldiers go about their business, complete their objectives and extract. Their objectives include holding down areas and defeating bullet sponge AI enemy soldiers before moving to another area of the map and doing so again. Alarms can be activated by the enemy that trigger reinforcements thought these can be disabled. It lacks variety and even the heavy enemy AI soldiers prove little threat. With good communication the four man soldier squad can complete their mission very quickly, including disposing of the Predator. Even when playing without communicating with other players it is still lacking challenge. 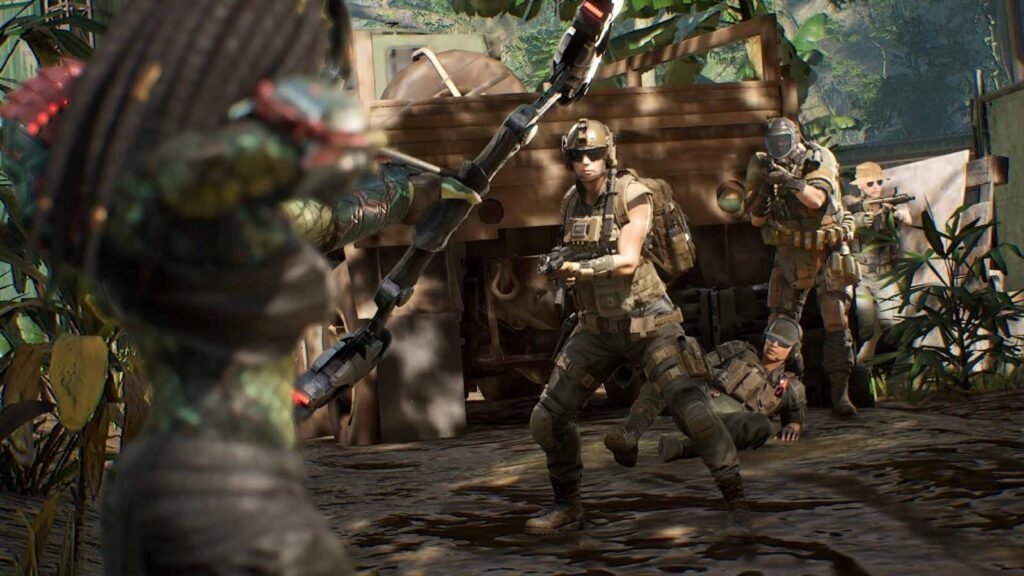 With ammo, weapons and consumables to be found on the battlefield, the soldier players are rarely going to be caught unprepared and it’s this lack of urgency or fear of their unlikely defeat that hurts the experience. Their gameplay is typical of a third person shooter with the ability to run, slide, crouch and aim down sights, there is little originality when compared to the innovative mechanics of the Predator but is a capable shooter nonetheless.

There is only one game mode and three maps available, all in jungle locations that make them near impossible to tell apart. This lack of variety sorely hurts the uniqueness of each match as they all feel like they repeat themselves and as though they are taking place in the same location.

The customisation for both character types are pretty in depth with the Predator having an assortment of masks, warpaint and skin colours as well cosmetic trophies that dangle from their belt. Various blades and weapon customisation also allow for the player to tailor their perfect Predator. The soldiers have different outfits, face paint and weapons to unlock also. Several customisable load slots are available for each. All of these unlockables are acquired by redeeming the in game currency earned simply by playing. Experience earned from each match levels the player up which opens up further cosmetics and weapons to be unlocked. Player leveling and earning is rather generous, not taking too long in the early levels at least. 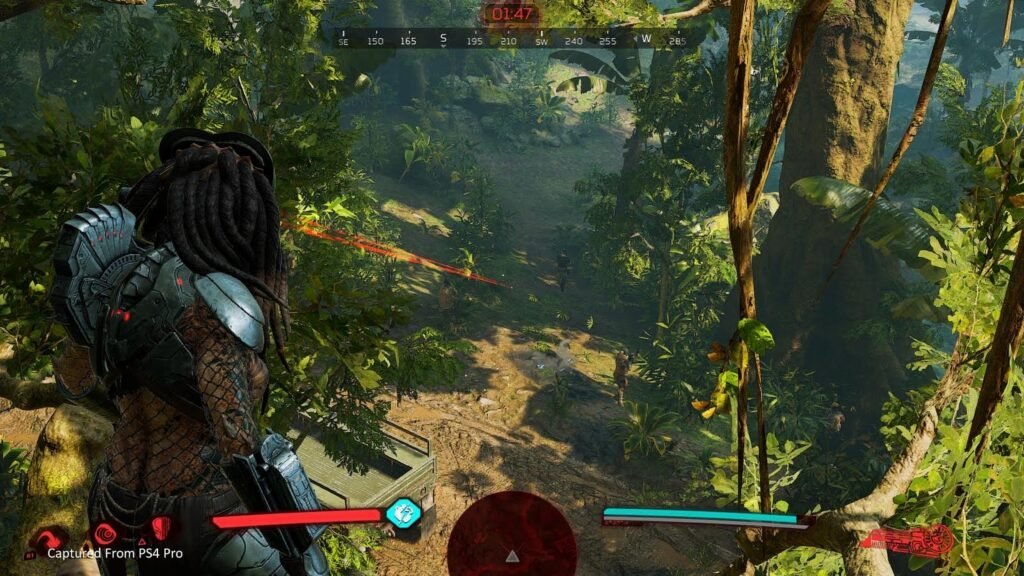 Matchmaking is rather tedious affair in my experience, often in the neighbourhood of 5 minutes or more. This kind of waiting time is brutal in a game that has no offline option. That said though there is the ability to play a private match on your own. Choosing either the Predator, soldier or random the player is able to play a game however the spots that would typically be occupied by another player are not filled with bots, instead they are left vacant. For example, playing as the Predator will leave only the enemy AI soldiers to kill, the four man Fireteam is not present and the Predator can not actually win the game. The time will expire and they will still earn XP and in game currency though. Choosing to play as a soldier means there is no Predator to deal with and the objectives can still be played, completed and extraction will result in a win, again still rewarding XP and in game currency. It is a massive missed opportunity for the Fireteam and Predator not to be replaced by bots if the player count isn’t there as this solo experience could be perfect to extend the longevity of the title for those who prefer or have no choice but to play alone. 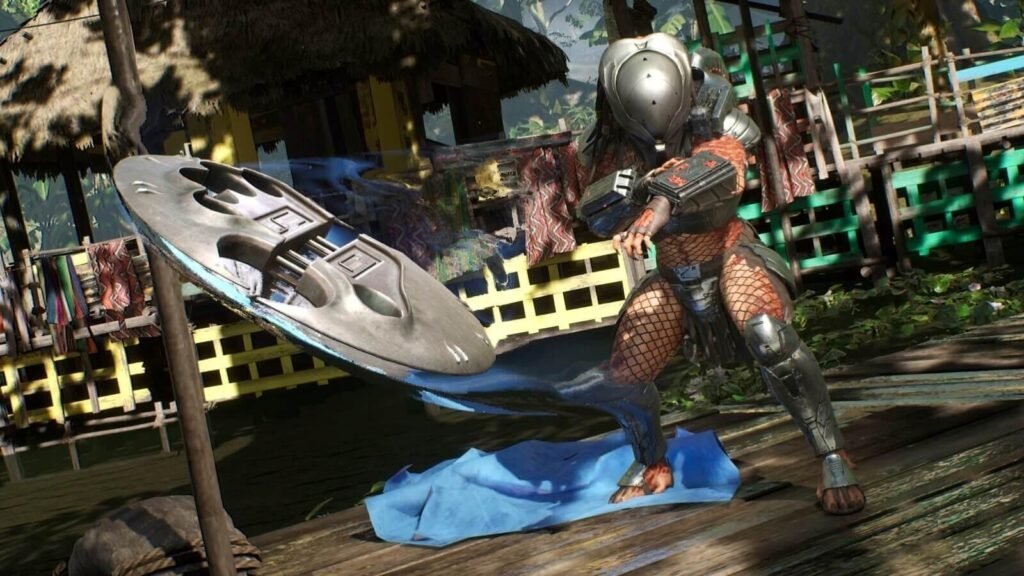 The Predator is visually impressive and his sound effects and clicking noises are excellently accurate to the films. It’s a shame the environment and other character models don’t share the same level of detail. For a game this late in the generation cycle it certainly looks dated. As this experience depicts violent executions and in appropriate language this is not one for younger players. Being an online only title there is no pause functionality and breaks can only be afforded outside of the 15 minute maximum matches. 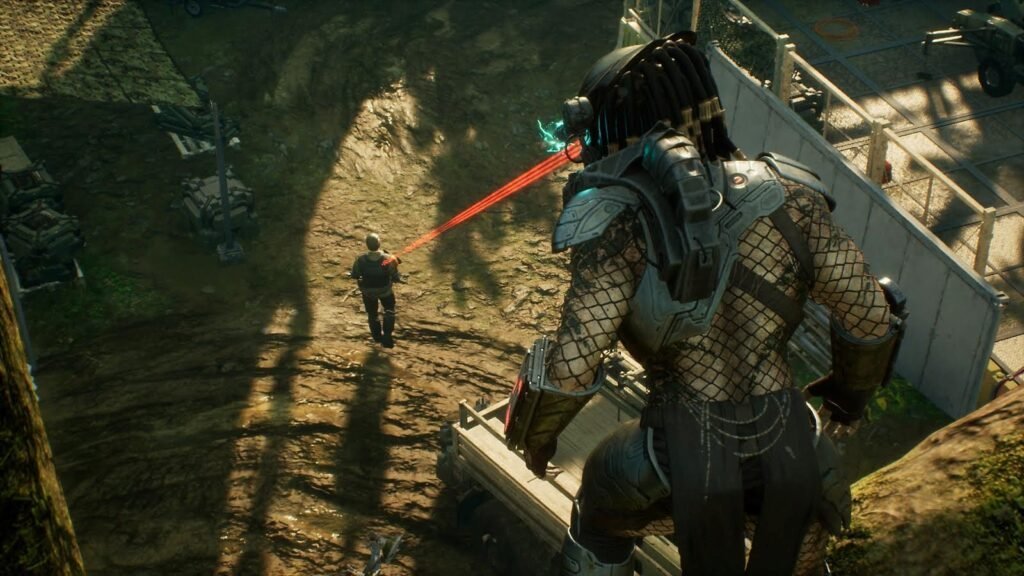 Most notably known for their work on Friday the 13th: The Game, developer IllFonic have taken a lot of what worked and what they learned from that experience and applied it to Predator: Hunting Grounds and the result is an experience that is certainly smoother than Friday the 13th but still suffers from matchmaking issues and lack of offline or single player scenarios to at least offer an alternative way to play. There is fun to be had here and I really enjoyed terrorising as the Predator as well as the tension of completing an objective as a solider, defeating AI enemies while also having to keep alert for the deadly strike of the Predator. The foundation is here to be built upon and with time Predator: Hunting Grounds could become a very capable multiplayer experience but right now it lacks polish and substance to justify returning to regularly. Fixing the matchmaking and rebalancing the player damage would instantly improve the quality of life and enjoyability.

+ PvPvE keeps everyone on their toes