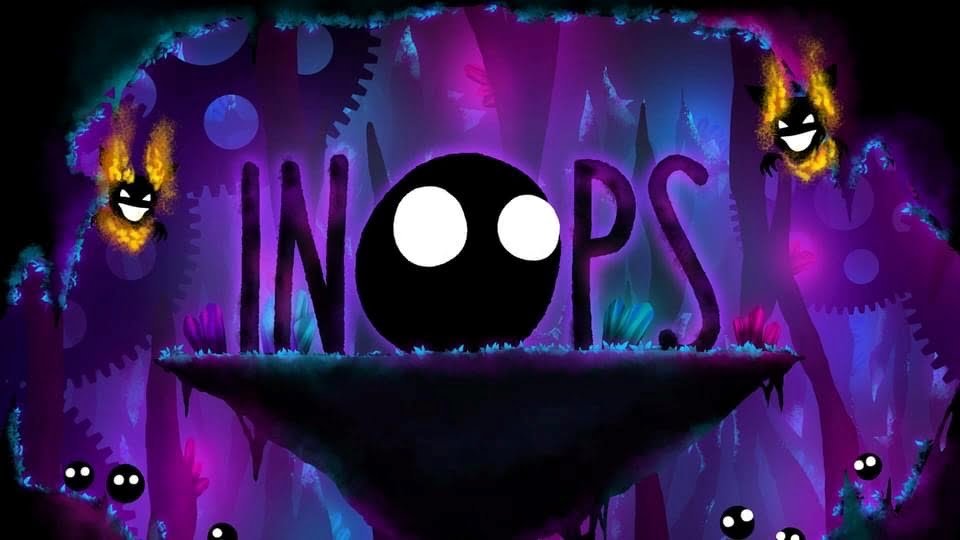 The concept of being stronger together is the foundation of what makes Inops a solid platformer. The player assumes the role of a lone, dark, circular creature called an Inop and must wake other Inops from their slumber in order to solve puzzles, succeed in platforming, survive traps and defeat fire breathing enemies knows as Ignus. It is a simple premise and while the core mechanics of the gameplay itself may too be simple, the timing and precision required can make for some frustrating situations.

As more of the ten Inops per level are found, the player controlled Inop grows larger and slower, making it more difficult to avoid damage or fit between some of the tighter spaces that need to be travelled through for progression. This can be handled though by splitting the Inops into their individual forms by pressing X and can be just as easily be re-joined by pressing the same button. Switching between the two forms is required to bypass some of the various traps such as spikes or spinning saw blades. The traps and platforming obstacles present change between the four different environments where the caves for instance have deadly thorns and the electric inspired levels have lasers. 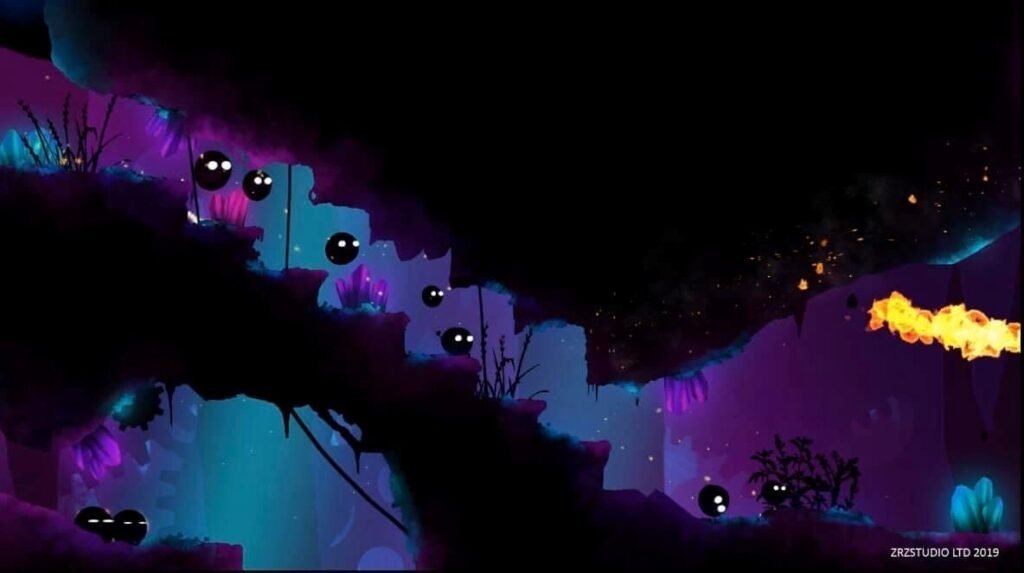 The changing threats based on where the player is exploring is a simple way to introduce variety and prevent repetition of challenges to overcome but the only enemy type that can actually be attacked is the Ignus, no other enemy types serve a purpose greater than damaging the player. There is a crystal placed somewhere randomly in each level that allow the player to continue from a checkpoint instead of starting from the beginning once all of the Inops have been lost. These will allow for the level to be completed but without enough Inops in tow it will need to be replayed anyway to meet the requirements for the boss level. 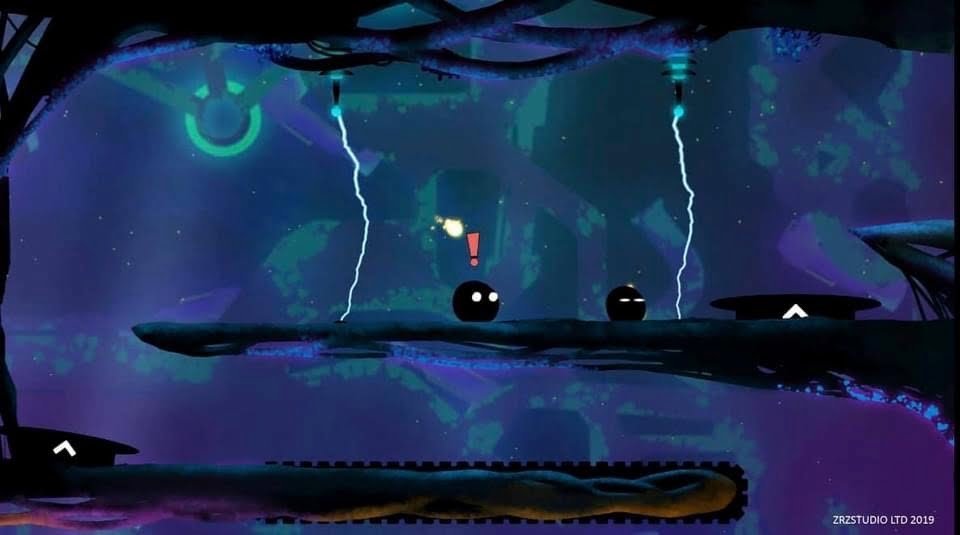 Each of the four environments have five levels and a sixth boss battle level though the boss battle level can not be accessed unless 42 of the possible 50 Inops have been rescued and 13 of the 15 stars obtained. Obtaining these minimum requirements does become more challenging as the game progresses and collecting both types in full is very difficult to accomplish without great care, precision and awareness of surroundings at all times. The bosses themselves are fun encounters and require basic strategies to defeat, similar to some of the puzzles by interacting with objects at the right time to inflict damage. Each stage can be replayed in Speed Run mode and if the target time is mettle player is awarded with a crystal to be used upon defeat to continue playing. This is the only additional mode in the game. 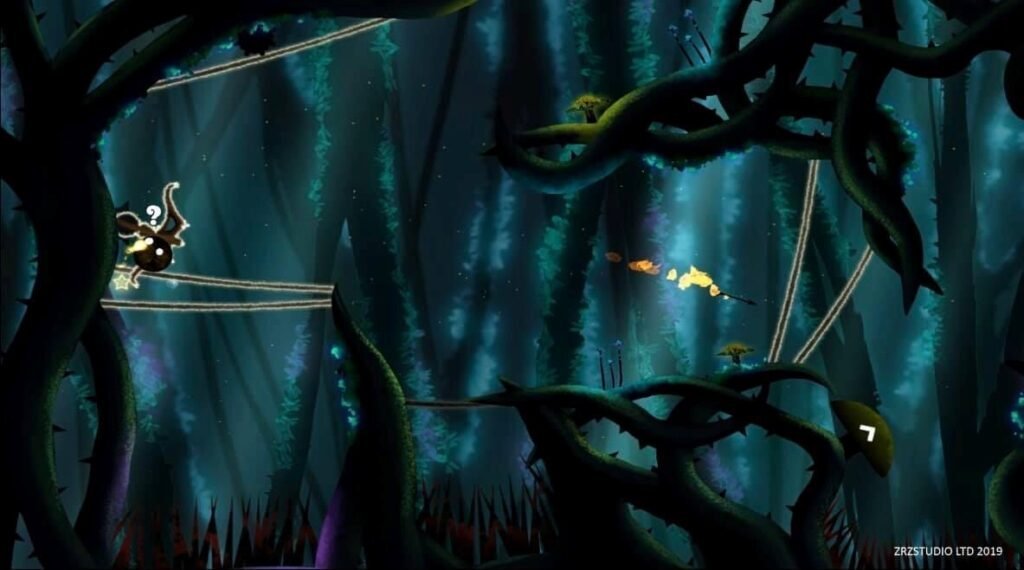 The visuals are playfully dark thematically but vibrance in the flora and lighting bring the world to life. The Inops themselves add to the charm and when the player successfully keeps several alive a sense of urgency kicks in that adds a layer of danger. Accompanied by an equally light and soft soundtrack with enchanting sound effects, it really binds together a joyful experience where the gameplay itself is as fun as the world it exists in. 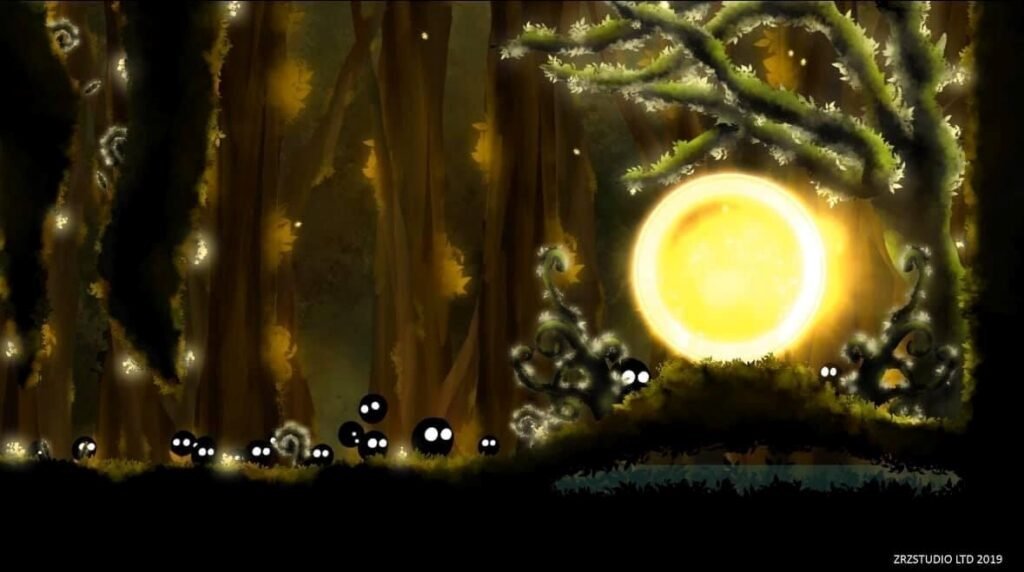 Inops is a cute and fun platformer that does require some effort to progress in the later stages. For fans of retro platformers the style found here will be a welcome addition to any collection and even for those less familiar with the genre, the charm and accessibility developer ZRZStudio have injected into the experience are worth a look in.

+ Message of strength in numbers

– Difficulty in some later stages