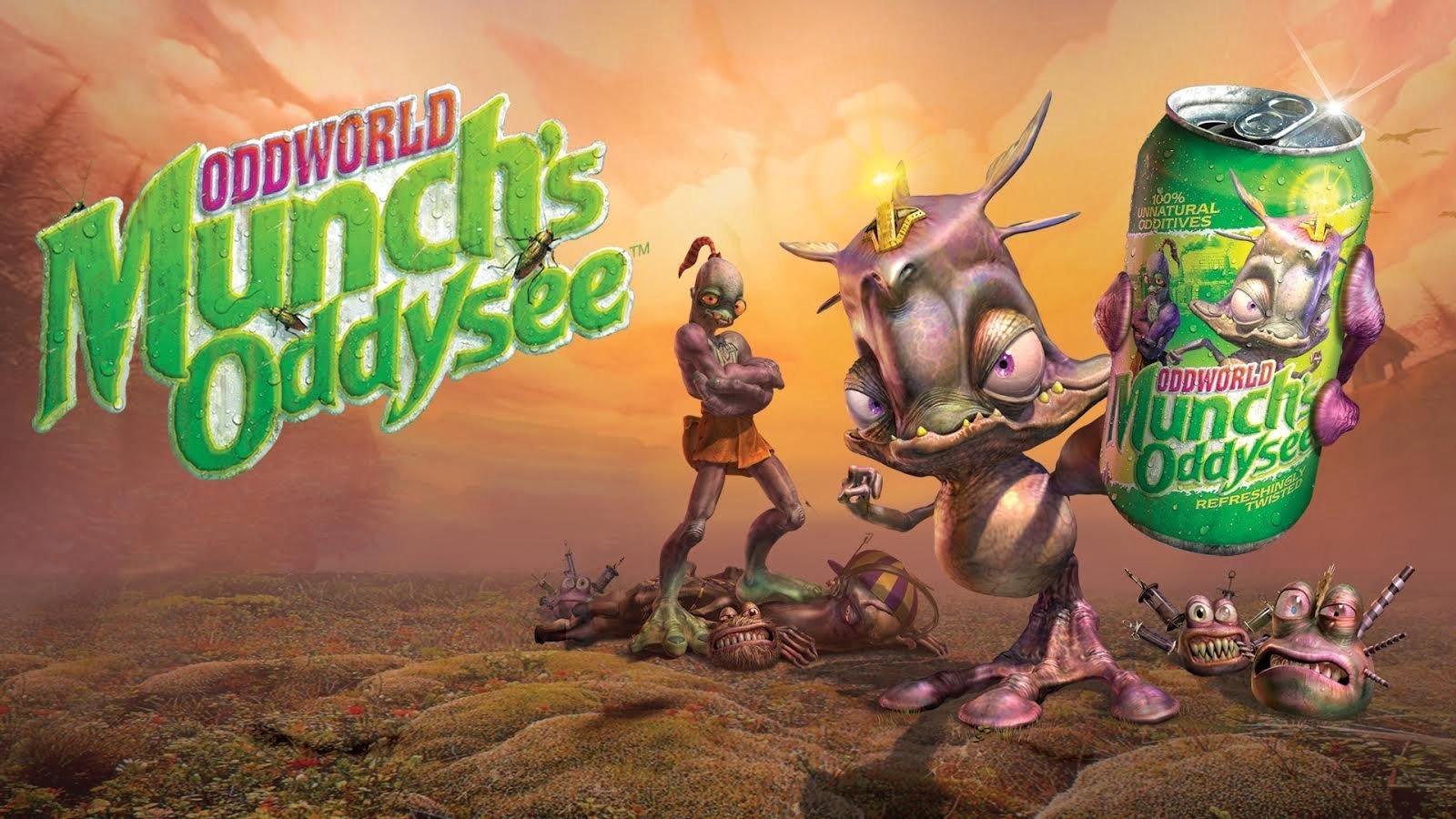 (Reviewed on Nintendo Switch by Games of DAYNE)

It has been 19 years since Oddworld: Munch’s Oddysee first released exclusively on the original Xbox. As the third entry into the extremely original and quirky Oddworld series, Munch is introduced as the sole surviving frog-like Gabbit after his race is hunted to the brink of extinction by the maniacal Glukkons to be turned into a delicacy known as Gabbiar. This third person platformer sees franchise hero Abe as a playable character alongside Munch in Abe’s quest to save him. Receiving a visual facelift and some technical refinements, Oddworld: Munch’s Oddysee HD is the definitive way to experience this adventure.

Relying largely on nostalgic value for fans of the franchise and the title from its original release, the core gameplay remains the same and unfortunately so do the original issues. Plagued by an inconsistent camera and touchy platforming, Abe and Munch are both prone to constant falling due to difficulty in managing the camera and the minimal room for error with calculating jumps. Frustration can easily set in until familiarity with the controls and their inconsistencies becomes second nature. 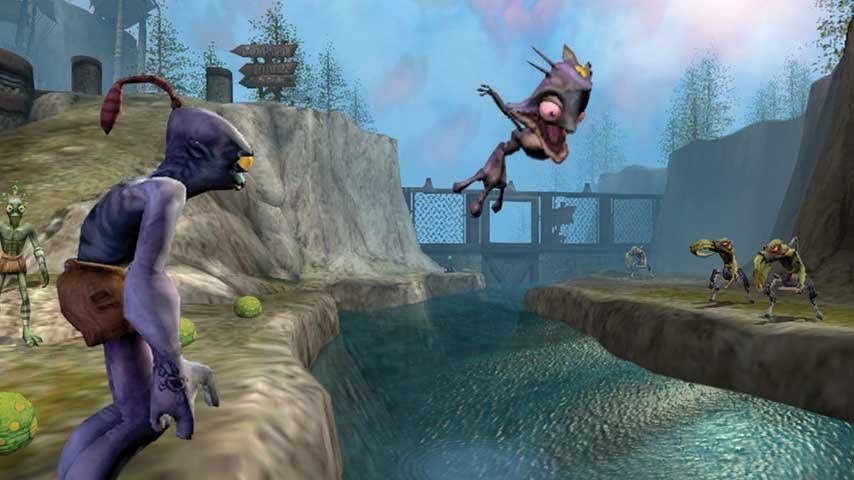 The story itself is one of purpose for Abe, to rescue Munch at the request of the Mudokon heroes prophetic ancient Almighty Raisin, while Munch attempts to escape the laboratory that he has been taken to. Munch has been experimented on and had a sonar device fixed to his head to allow for his captives to use him to find and collect other trapped creatures, small, round and grizzly teeth bearing Fuzzles. The sonar device can be used to identify Fuzzles that Munch can rescue from their cages and escort to safety portals made famous in the original two Abe titles. While they accompany Munch, they can be commanded to attack enemies, which provides some amusement, as several will jump and bite an enemy until their death. The device also has other applications through vending machines found throughout the stages. For example, Munch is able to consume a drink that allows him to zap enemies for a period of time, as the Gabbit is otherwise unable to defend himself without the aid of the Fuzzles. 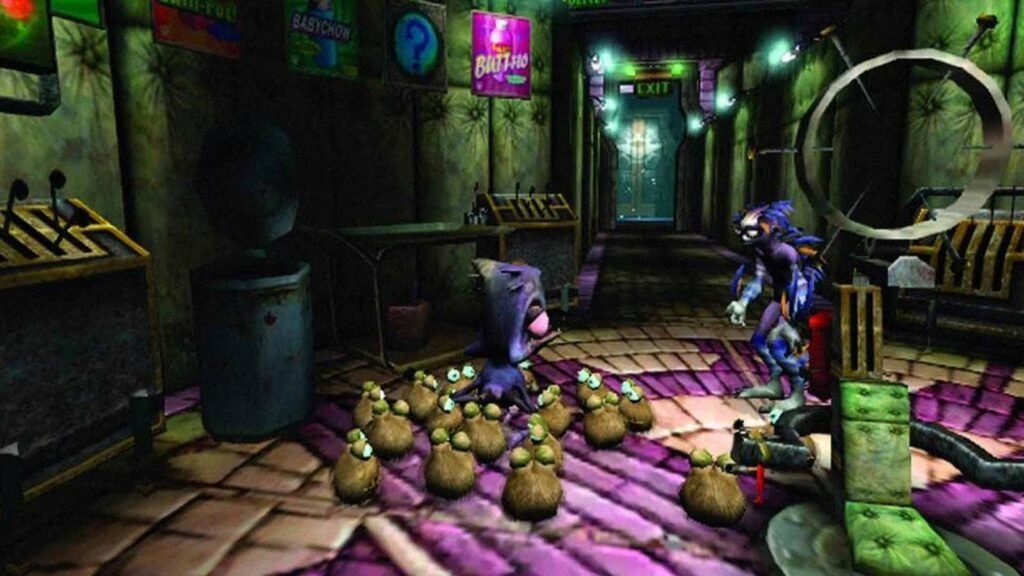 Playing as Abe is familiar for those of the previous two entries in the series, requiring him to find and use his Mudokon friends to solve puzzles, activate gates and attack enemies. Also able to consume various drinks for enhanced speed or the ability to jump higher for instance, Abe’s gameplay is a bit faster paced. As mentioned earlier, nostalgia value is almost relied upon for the gameplay to be accepted by the player as it feels unforgivingly like a game released in 2001. It can be very jolty and finicky, particularly with the platform of elements. Alternating between the two characters in their respective levels is a great way to mix up the gameplay and keep the experience feeling fresh. 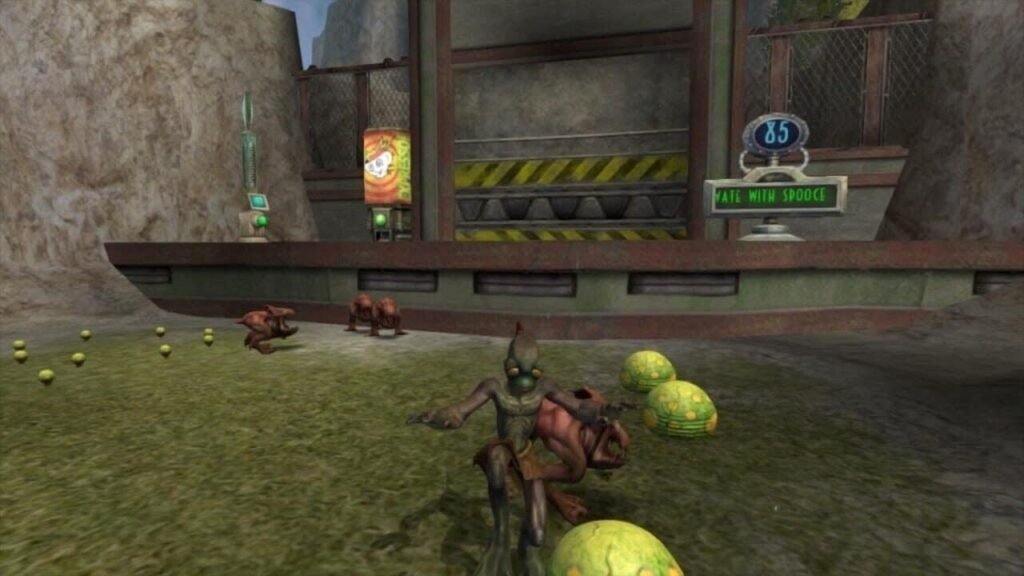 The character designs across the board are excellently unique and quirky, as is the dialogue from every character that utters as much as a single line. The oddity of the world created is humorous, charming and playful while conveying some sinister undertones of the evil Glukkons and their corporate greed at the expense of entire races of creatures.

The visual upgrade is more noticeable when playing on the Switch as a handheld but loses a lot of its marvel when played while docked. While it certainly looks nicer than the original, playing on a 4K TV can’t help but show its age still and the platforming in particular feels a little easier to calculate when holding the Switch with your hands. The sound design and score are oozing charm and playfulness that wonderfully enlighten the world that has been so delightfully established. 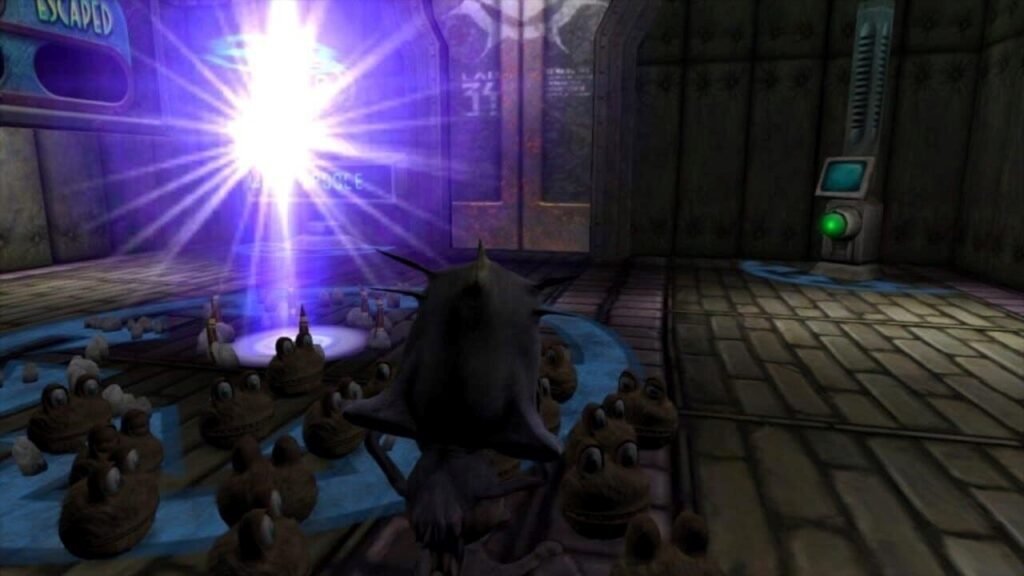 Despite the playful nature of the art style and characters, this is rated for mature audiences due to the nature of the dark themes and not recommended for younger players. Oddworld: Munch’s Oddysee HD is an excellent port of a solid game packed with laughs, emotion and fun gameplay with technical issues that can easily be overlooked when considering the unique experience to be had. It may feel like a near 20-year old game with a fresh coat of paint, for better or worse but it really is a joy to play in a world so masterfully built and brought to life by such a wide array of interesting characters. For newcomers and fans of the game and the series alike, Oddworld is a world worth experiencing.

– Despite the visual glow-up the game feels dated