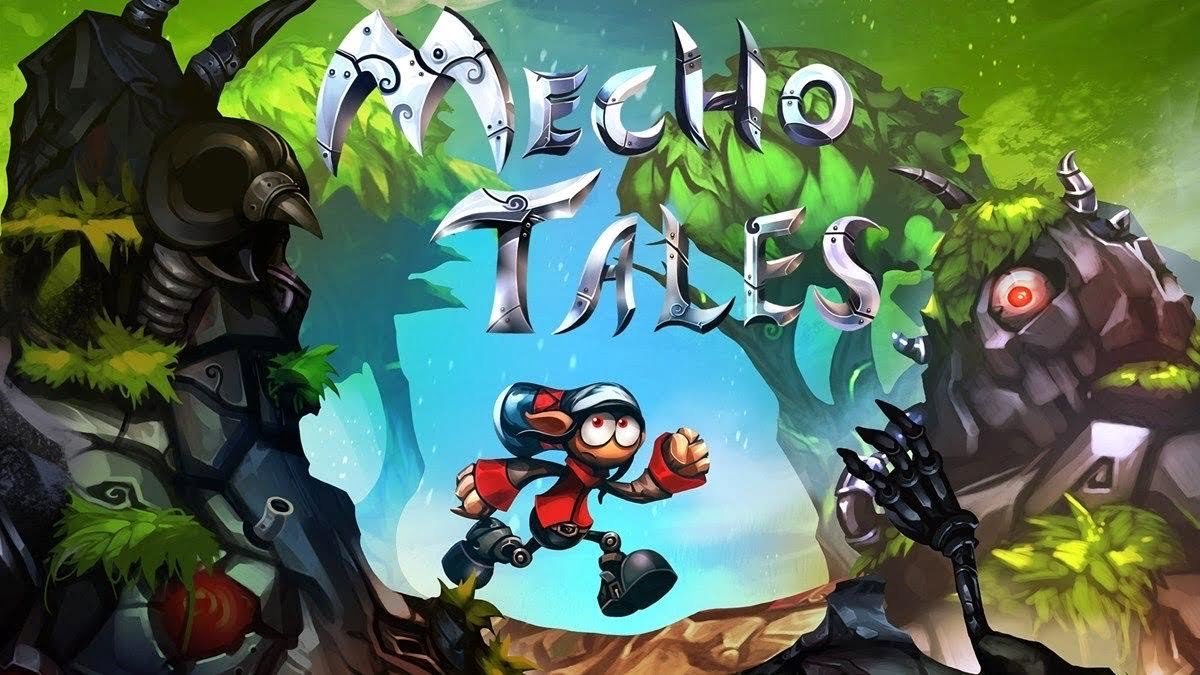 Mecho Tales is a self–published action platformer from Arcade Distillery, a title that is wonderfully brought to life via playful art design and vibrant colours. Jumping and shooting through the 16 stages is fun but packs a challenge reminiscent of other titles in the 2D scrolling genre it undoubtedly draws inspiration from.

Equipped with a drone to shoot through the creative and unique enemy variants, the player is able to switch to a number of other drones each with a singular specific attack such as an electric bolt that splits into two, a flamethrower and bombs. Each drone has its own stats for speed and damage which must be taken into consideration when deciding what attack to use. Starting with only a single energy attack drone to use, additional drones are unlocked via Patchie’s Shop which can be accessed after the completion of every stage when the player is returned to the world hub that is similar to the likes of earlier Mario or Crash Bandicoot titles moving in a linear direction towards the next stage. 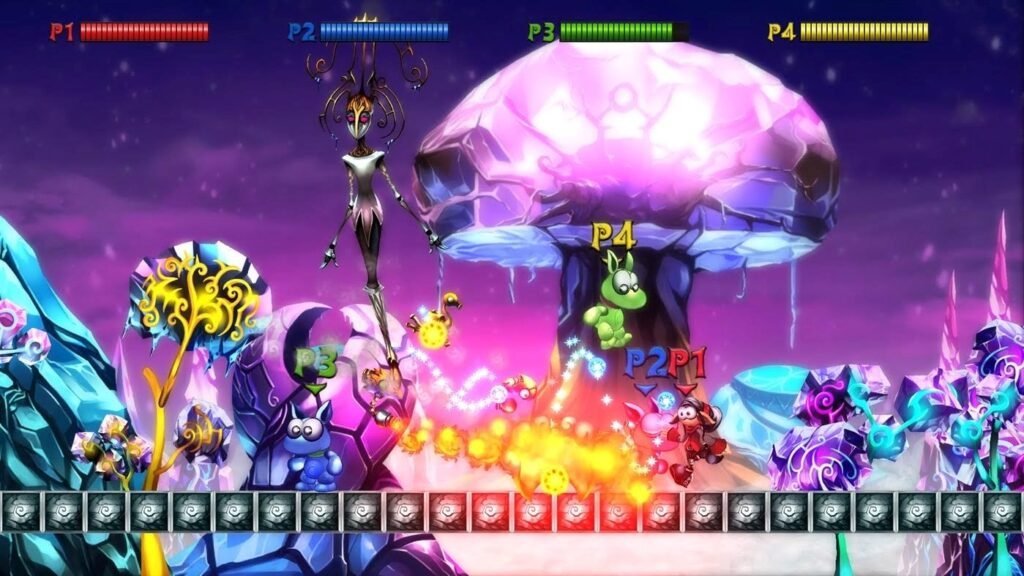 These drones are purchased using golden cogs which are dropped when an enemy is defeated or can be found placed around each stage, often hidden behind blocks that can be destroyed or strategically placed near hazardous traps such as spikes that kill the player instantly if touched. Other obstacles in the platforming include swinging blades and rotating flaming rings that will take health away if come into contact with. Health can be replenished from hearts that drop from defeated enemies and the health bar itself is quite generous, allowing for the player to sustain a few hits before death. Death will return the player to the nearest checkpoint which is visually indicated by an arrow sign. These are appropriately spread throughout the stages but there are some puzzles that can frustrate until the pattern is learned to avoid death where a few sections in a row may need to be replayed. 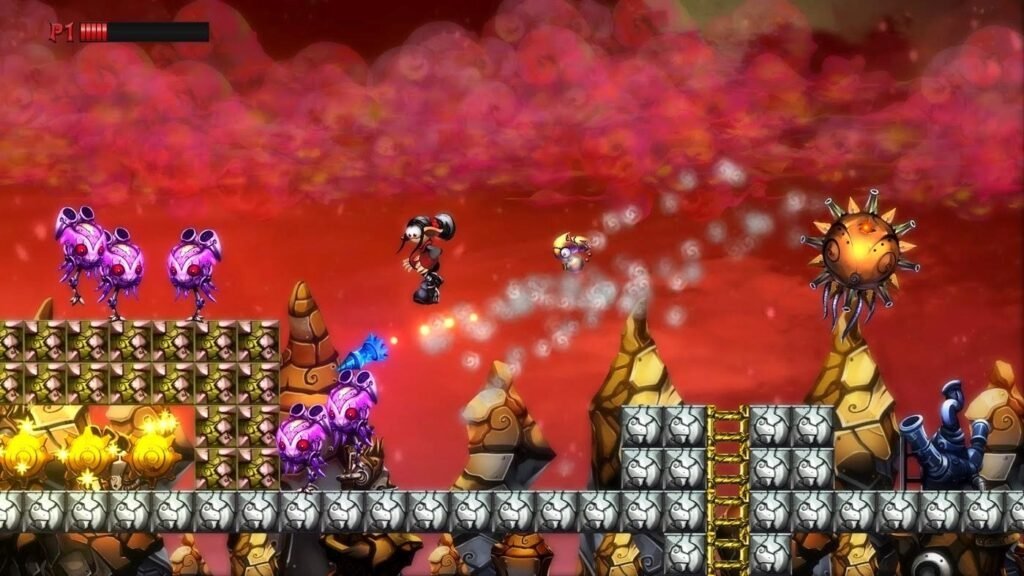 The end of nearly every second stage features a boss battle that feels similar to some of those in Sonic the Hedgehog, requiring carefully timed jumps to avoid an attack before hitting the boss, repeating several times until their metallic bodies turn red and eventually explode. They are fun variations to the typical combat encounters and knowing which drone to use against them can speed up the encounters. Some of these bosses have phases, changing their attack patterns when damaged to a certain point. The final boss is easily but understandably the most frustrating though by unlocking the right drones can be still be overcome in as little as 3 minutes. 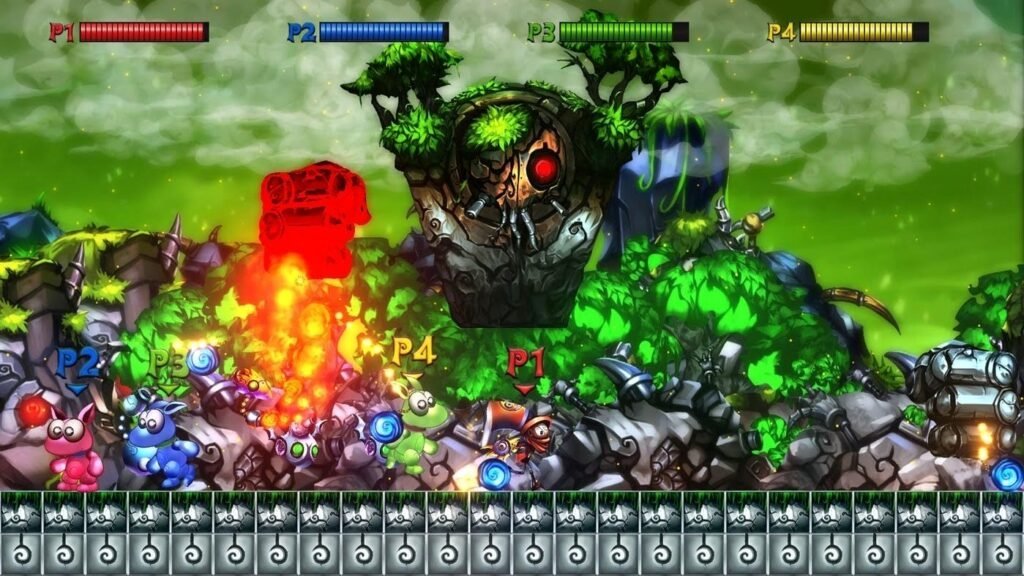 The stage, enemy and general visual aesthetic present add a memorable layer to the experience and each feels exciting initially but the stages soon come to feel very samey and enemy attack patterns soon lose their ambiguity, becoming predictably repetitive with each encounter in the process. It is hard not to be reminded of titles from generations ago but that is a positive thing, recapturing the magic of games that popularised the genre and capitalising on the nostalgia on current consoles. The music and sound effects are just as playful and familiar and the sound of a boss self-destructing upon defeat is very satisfying. 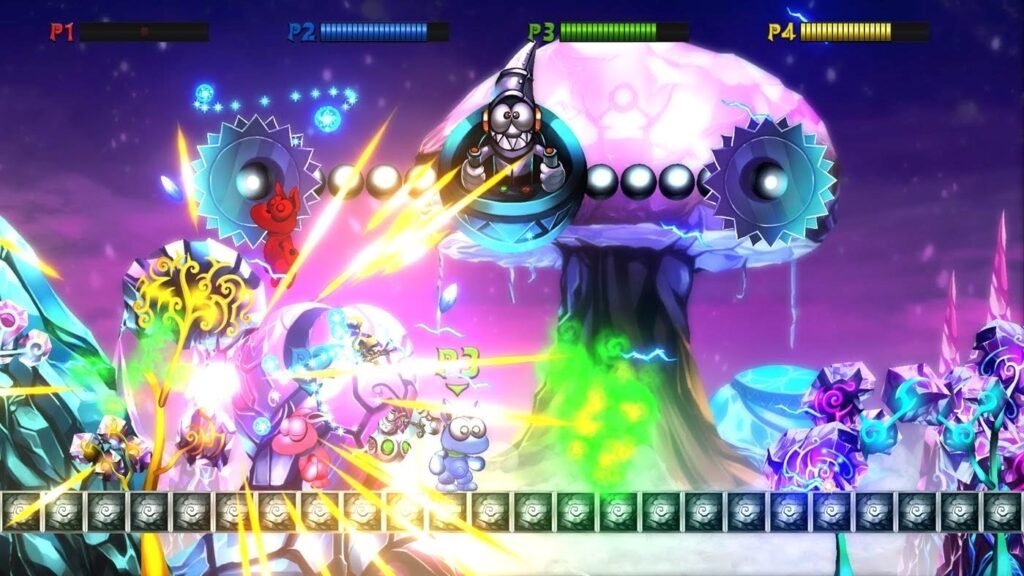 The brevity of each stage works in Mecho Tales favour, adopting a less is more approach that without may lend itself towards being become a repetitious affair sooner than it should. It is possible to pause at any time which can help players analyse the platforming obstacles before attempting them. Local co-op for up to 4 players is supported and like anything, playing with friends or family is definitely more fun. This is one the kids can comfortably join in on and with a bit of guidance from mum or dad they will be able to get through it. 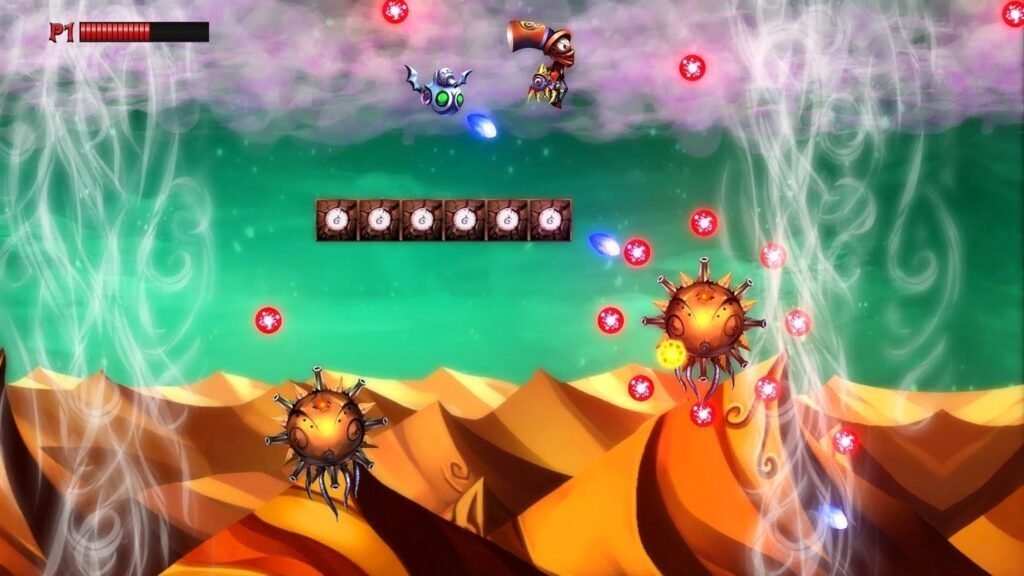 Mecho Tales is a fun and visually striking platformer that falls into a cycle of repetitious familiarity before too long in its 3-4 hour story despite its nostalgic charm. For those fond of short platformers this is one to check out and but the lack of additional game modes and depth lacking narrative may leave the casual player wanting a little more. There is fun to be had with Mecho Tales but a little more meat on the bones would go a long way in improving the overall experience.

– Lack of depth in its singular game mode