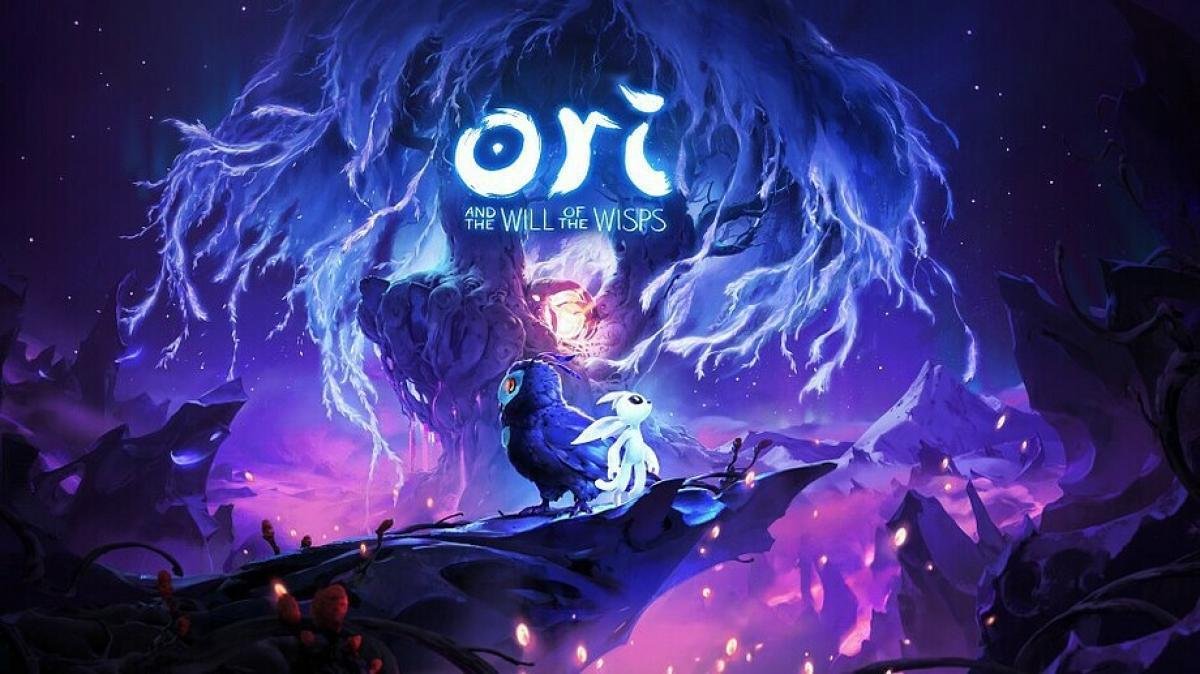 It has been five years since the Moon Studios developed Ori and the Blind Forest leapt its way exclusively onto our Xbox and into our hearts. The visually charming platform-adventure starred Ori, a white guardian spirit nursed as an infant by Naru, a bubbly bear like creature that adopted Ori as her own. With new friends in tow, Ori and Naru are back in Ori and the Will of the Wisps and this sequel has taken every concept from the original and expanded on it across the board. It is bigger, better and more expansive than the original in all aspects of its gameplay mechanics and platforming.

Ori’s second adventure kicks off in similar fashion to the original, offering a brief tutorial to familiarise the player with the basic elements of gameplay before quickly setting the scene for the emotional roller coaster of a story with heart wrenching themes of family, abandonment and acceptance. The world building that is established is flawlessly executed, providing insight into not just the larger mythology and Ori’s background but that of its ultimately sympathetic antagonist as well. Corruption is a significant motif that is regularly reinforced from a character and geographical point of view. 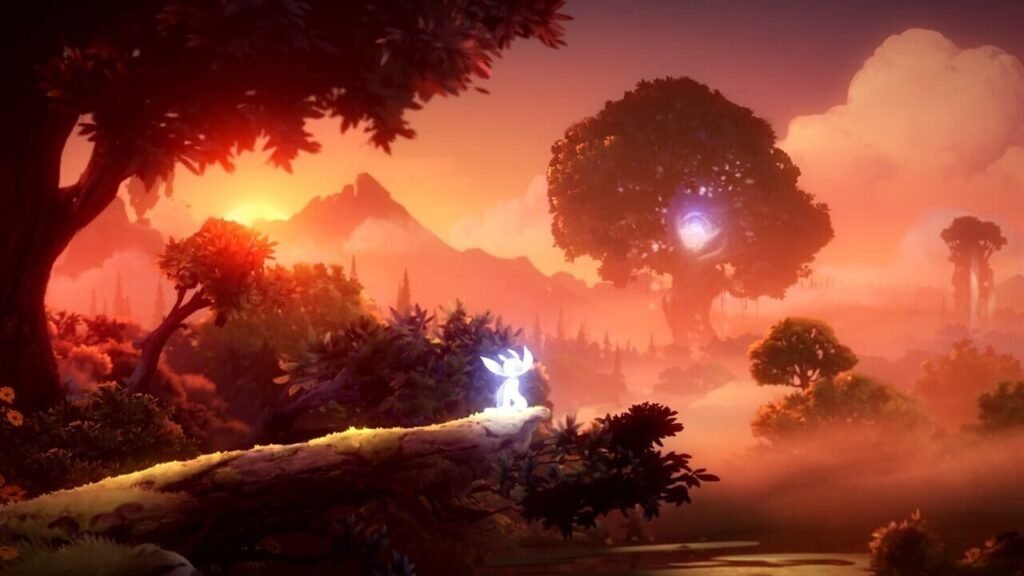 The gameplay this time around is significantly more in depth than its predecessor but by no means does this detract from the accessibility. Combat in particular is a feature that has been heavily overhauled to provide the player with a wide range of skills to be allocated to the X, B and Y buttons. Including a close range attack such as a slash of light with the long range bow or spear diversifies the players arsenal enough to be able to tackle a number of the different enemy types. Ranging from the likes of flying, wall-bound, pouncing and spitting enemies to just to name a few, the assortment of threats to Ori has also increased in number and are all well designed.

Some skills are awarded with story progression, while others can be purchased from the newly introduced merchants scattered throughout the lands. Collecting orange orbs of light act as the currency for these exchanges and specific merchants will even accept them as payment in return for upgrading these skills and one sells maps to uncover each of the explorable areas. The inclusion of merchants is a simple yet major change for the series but as with everything else new in this sequel, it works.

Passive abilities can also be found and purchased, and depending on how many slots are unlocked, they can be equipped and changed at any time to offer some stat boosts such as more damage dealt, less damage taken and the automatic collection of health, energy and light orbs from defeated enemies. 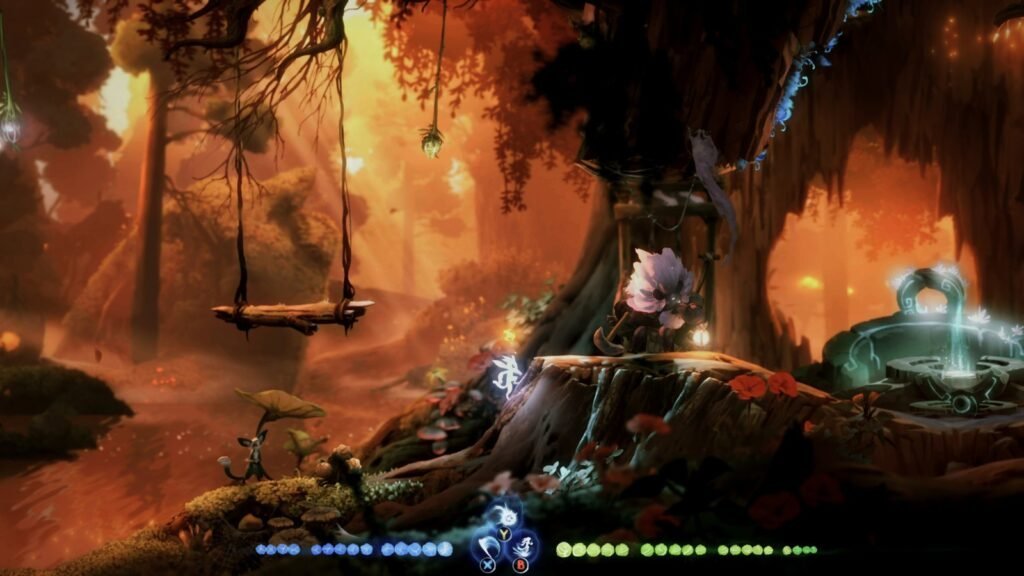 The platforming in the series has always been very good, but now it is more enjoyable and dynamic than ever before. Leaping from solid surfaces to a wall before launching into the air and dashing for instance is fluid and easy to execute. Later areas require specific skills in order to progress, which can be found at special trees hidden in each area. It can be frustrating to spend so long trying to make it to a certain place and failing time and time again until the realisation kicks in that there must be something to help with this. Once this lesson is learned once or twice the hard way, it should not take many attempts to figure out you need a new ability and redirect your attention to finding it instead of trying to reach what is essentially not reachable without it. Some of the environmental puzzles that need to be solved to either progress or to find special health or energy cells that increase the players health and energy bars respectively can be fairly frustrating and difficult with timing. As with the platforming, the appropriate skills make this easier later in the game, as does familiarity with the types of puzzles encountered. 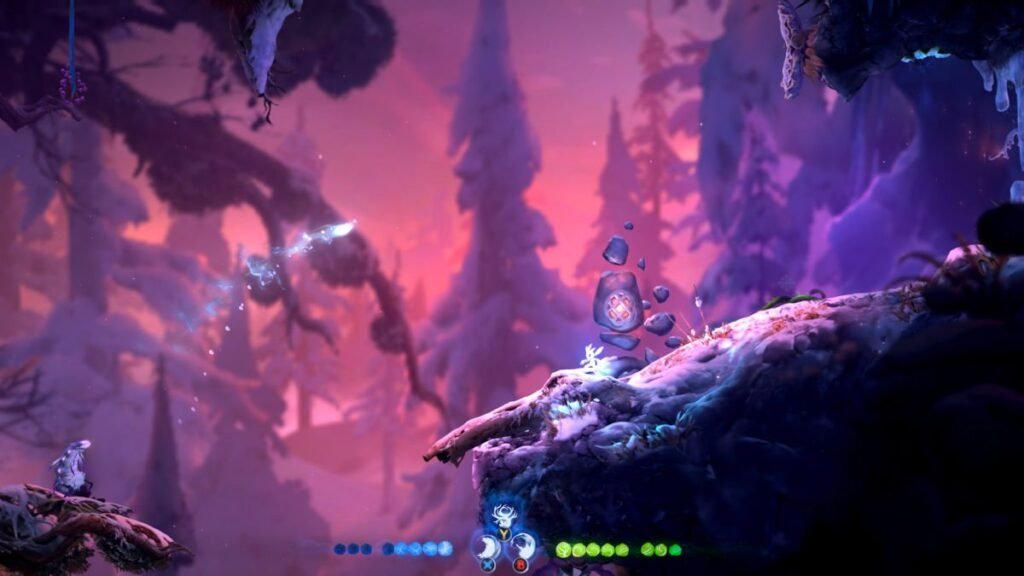 Side quests also make their way into Ori’s latest outing, with characters littered throughout the world to be interacted with. Triggering a side quest will pin its approximate location on the map that can be tracked. Upon completion, backtracking to the quest giver will either reward the player with spendable light orbs or trigger an additional objective to be completed. These are simple but due to the backtracking nature of them all, they can be a little time consuming. The light wells from the first entry make a return and when activated can be used as points to fast travel to from anywhere in the game. This alleviates some of the tedium though not until enough of these light wells have been unlocked. 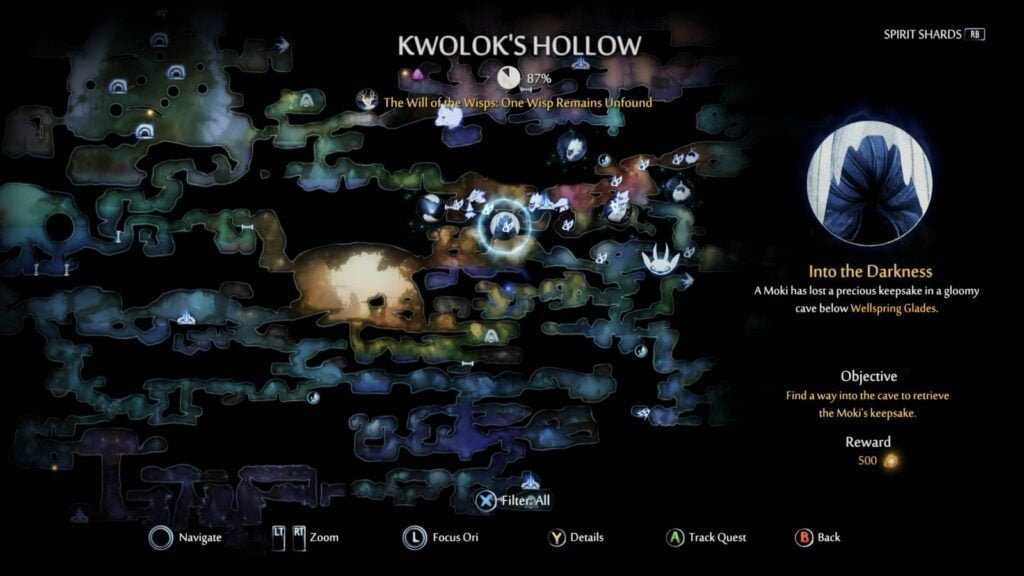 By removing the Soul Link feature from the original that acted as manual saves at the cost of energy, this game relies exclusively on a pretty generous auto-save system, although there are times where death may require the player to replay some of the longer and more difficult sections. The ability to save manually is a feature that would remove some of the frustration in some of the longer scenarios.

The enchanting and playful art style is mesmerising and it makes it easy to draw the player’s attention away from the task at hand in order to absorb the visual charm that is present in every aspect of the presentation. The environment is immaculately detailed and even in the darker and duller coloured areas there are elements that remain vibrant. The world is a wonderland, so unique that it is difficult to think of another that feels so alive. 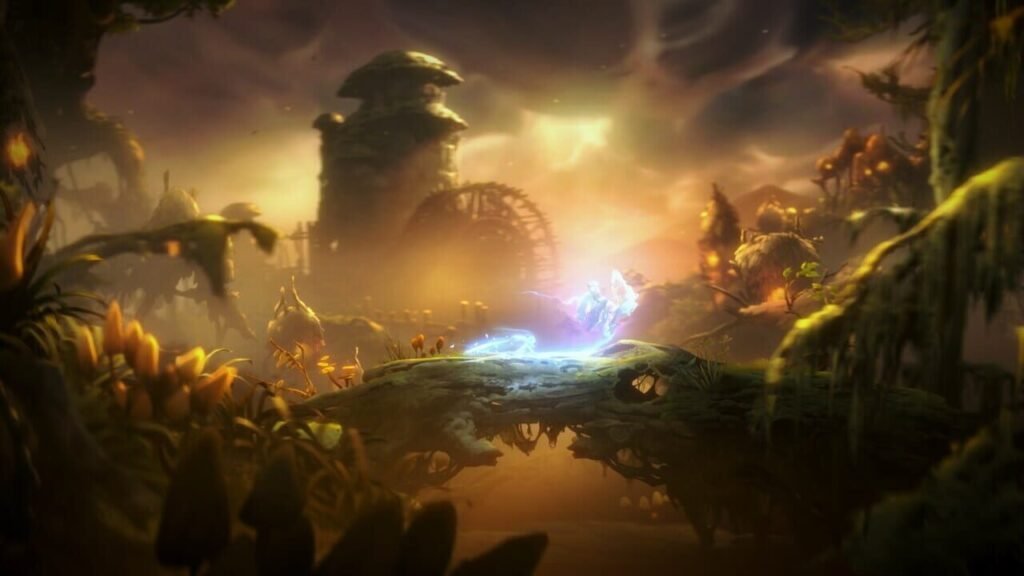 The score is absolutely beautiful, perfectly complimenting the dramatic and emotional narrative beats that at times overshadow the cinematics and sequences themselves. The contrasting harmonic melodies and ominous tones set a manner that give the gorgeous visuals a run for their money when it comes to establishing a scene or a single moment. 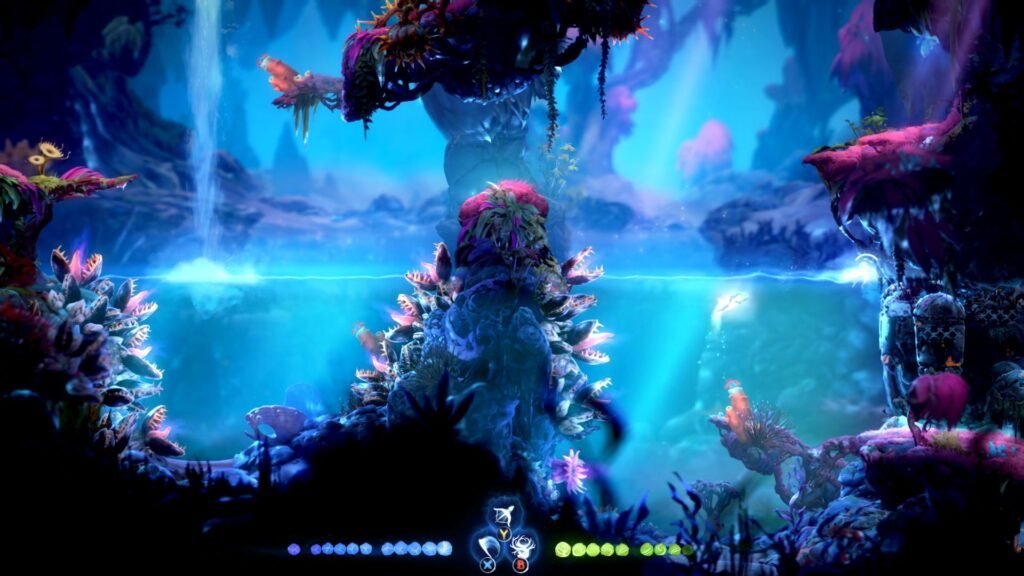 Some darker themes may be present but this is a title playable for children, although some of the puzzles and platforming may be a little difficult. Not unlike films such as The Lion King or The Land Before Time there are moments that younger players may not understand but there is no content that would otherwise alienate the experience. This title can be paused at any time, which is perfect for those who need to drop in and out for any reason.

Ori and the Will of the Wisps is the definition of a sequel that succeeds, taking a formula that worked and expanding it in a way that enhances the overall experience. The execution of the new gameplay mechanics is seamlessly integrated via simple tutorials that don’t restrict the accessibility. Raising the bar in a genre as popular and established as platforming is no small feat but it is one that Ori and the Will of the Wisps has masterfully accomplished.

– Removal of a manual save system