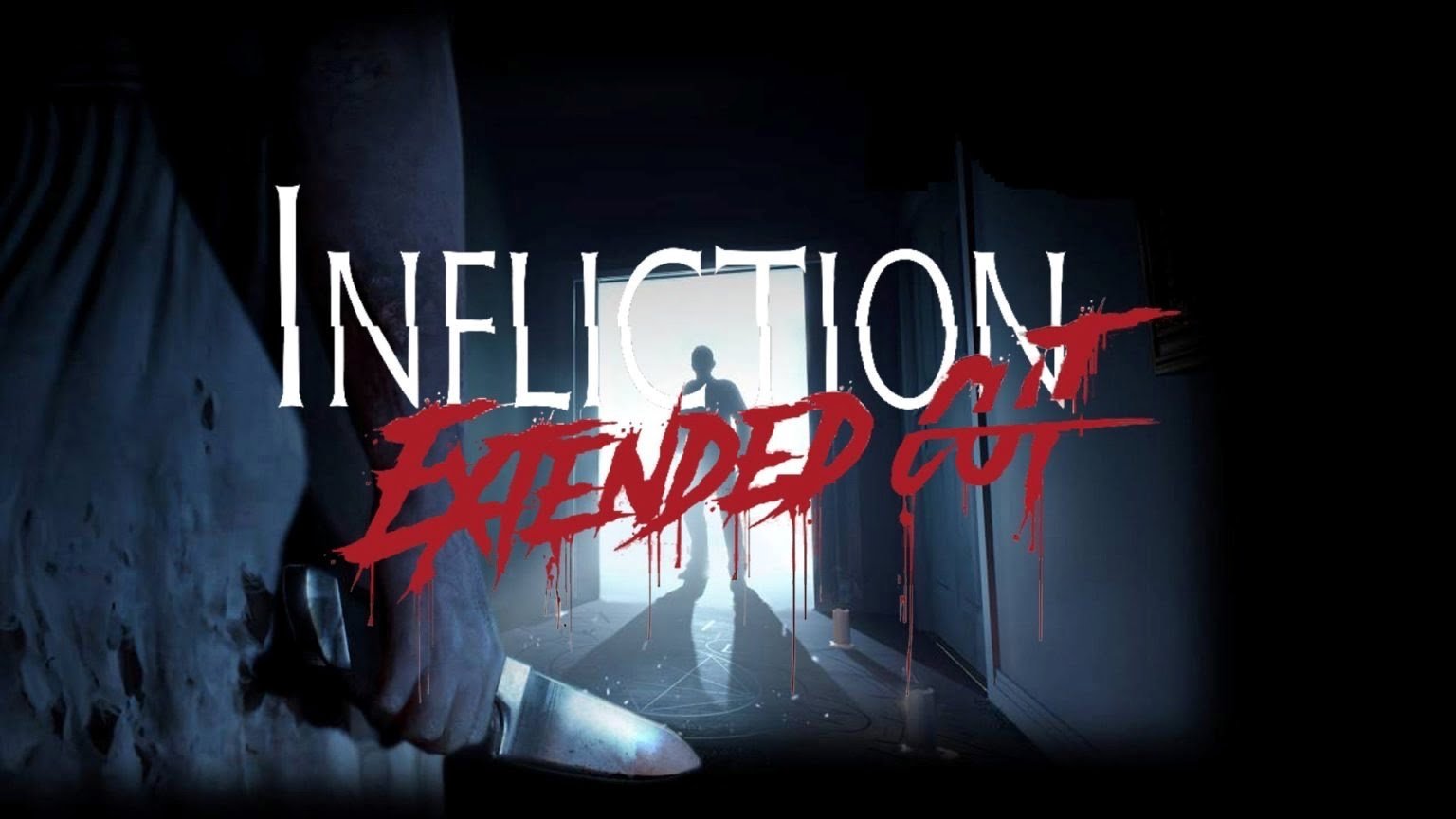 Infliction: Extended Cut is a first person psychological horror that is driven by the tragic deaths of the wife and baby of the player’s character, the alcoholic husband and father of the victims. The spirit of his wife haunts their family home as the player explores the dark and empty house of memories that hold the secrets to the events that unfolded and reveal the emotional and psychological descent of the broken man the player controls.

Darkness fills the environment; minimal illumination for the player to see only adds to the tension as eerie sounds, creaky floorboards and ghastly echoes and whispers accompany nearly every step. Establishing a tone of isolation and constant dread is something developer Caustic Reality has expertly accomplished, carefully sprinkling a number of jump scares without having them overstay their welcome. Their effective use prevents the approximately two hour affair from becoming a predictable fright fest, instead opting for these moments to feel earned as cruel as that sounds. It is not just what is seen and heard that terrorises the player, it is what is NOT seen and the moments of silence that just as often torment the experience. Playing with headphones certainly enhances the audio experience and I highly recommend playing this title in this manner. 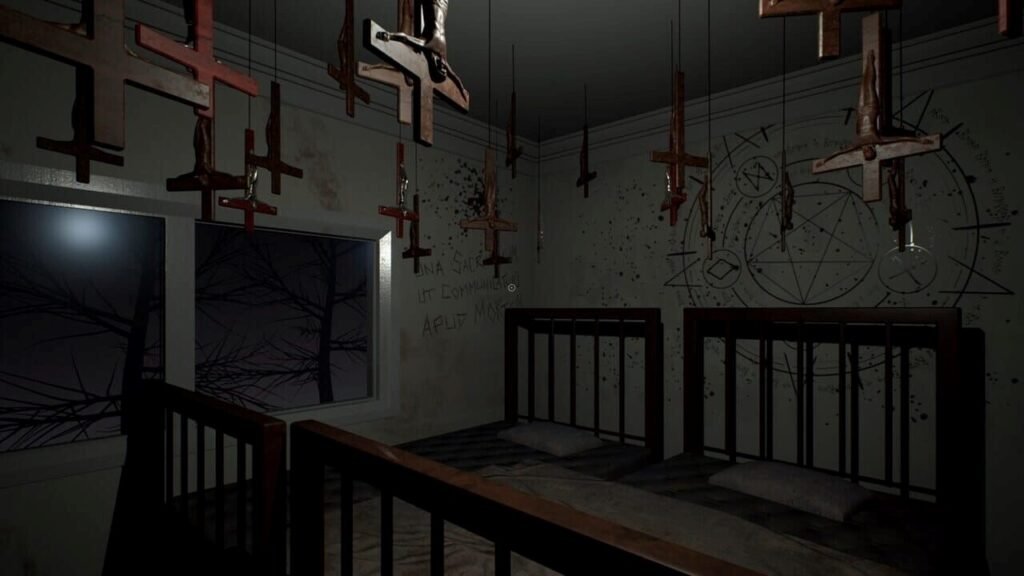 The player is tasked with little more than to interact with items throughout the house that trigger memories, revealing the backstory and events that lead to the tragedies. These are similar to collectible audio logs in other titles where a character, typically the wife in this title, provide narration relevant to the item or in the instance of journal entry it is read as is. The player is armed only with a flashlight that barely illuminated the immediate area and offers no protection against the spirit should the player be unlucky enough to encounter her outside of the scripted cinematic sequences. The embrace of man and wife is not loving but rather fatal in Infliction, resulting in the player having to restart the area again. There is an objective to be completed for progression to occur which is simply to find a specific item or object that ends with a brief cinematic. 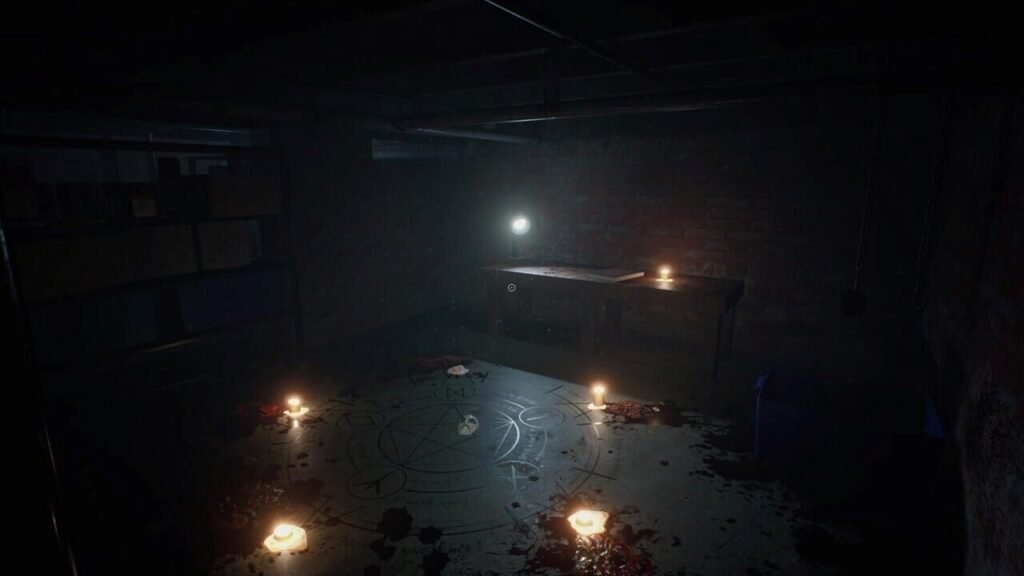 The introduction of a Polaroid camera adds some interesting elements such as it being able to capture spirits in photos that weren’t actually visible before the picture was taken, or to reveal symbols and writing for puzzle solving or even keys that can be picked up and actually used on locked doors. It is an interesting dynamic that adds layers to the ghostly experience. 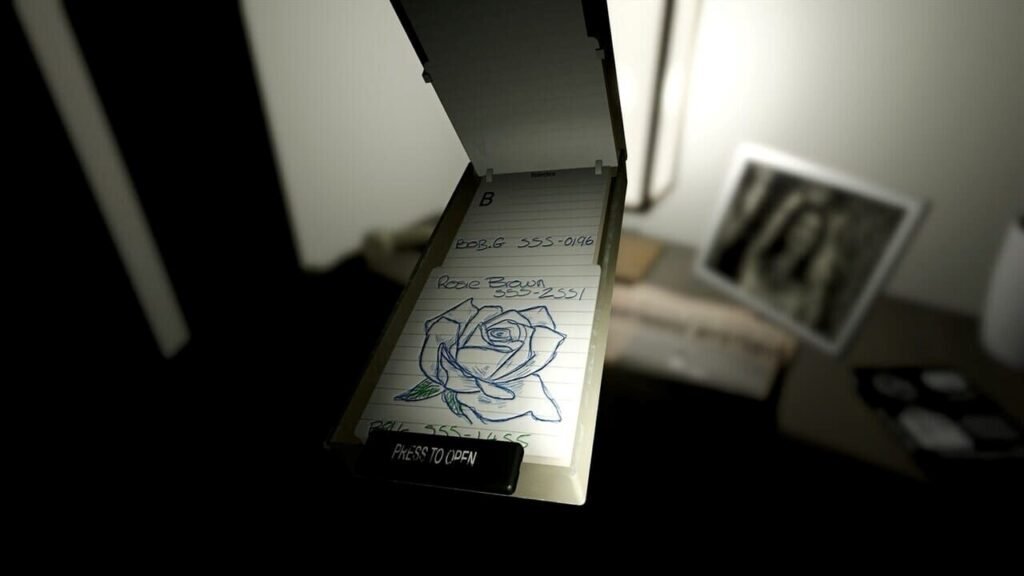 There are a few locations outside of the house to explore and survive though to discuss anything more specific would be laden with spoilers. They are however all relevant to their placement in the story and offer more purpose and explanation than could otherwise be achieved within the confines of the house itself.

The sound design is excellent and is certainly the strongest asset to the experience. Accompanied by some decent visuals, the overall presentation is effective in creating tension despite the rather slow pace of the game itself. 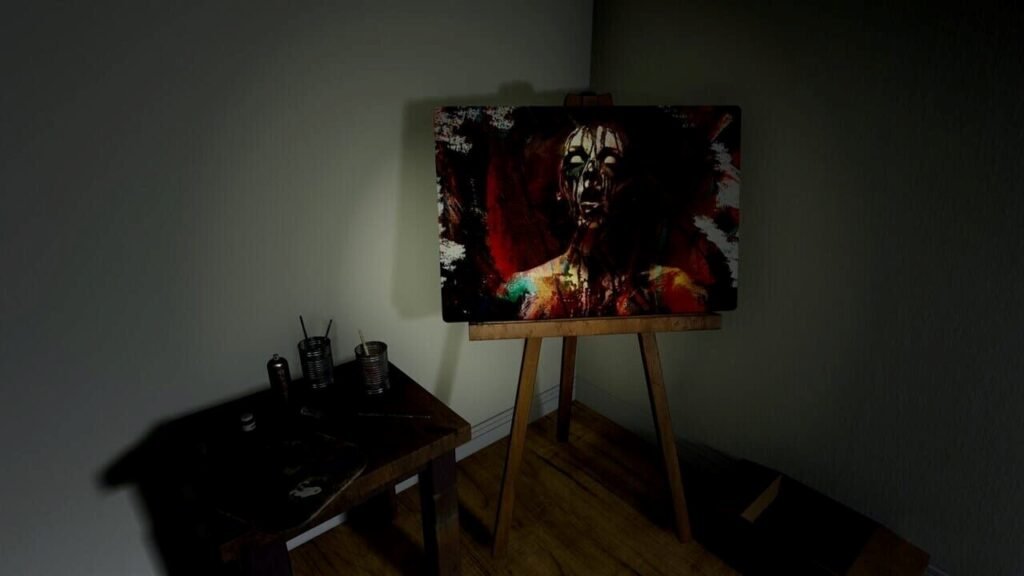 The gruesome nature of the tragedies and themes explored sit this title in the appropriate for mature audiences only and the rather graphic death scenes are certainly not for younger eyes. The game can be paused at any time where collected memories can be reviewed and the current objective checked out.

Infliction: Extended Cut doesn’t change the game for the genre though it capably stands out as a solid title that delivers more on story and atmosphere than the gameplay itself. Its brief run time of a round two hours is just right, not long enough to feel repetitive but not too short so as to feel rushed. For fans of the genre, it is well worth playing but for newcomers to this type of experience there may not be enough here to satisfy. New Game + and chapter select become available after completion of the story though outside of going back for missed collectibles, there is unfortunately little reason to do so.

– Story is familiar and predictable