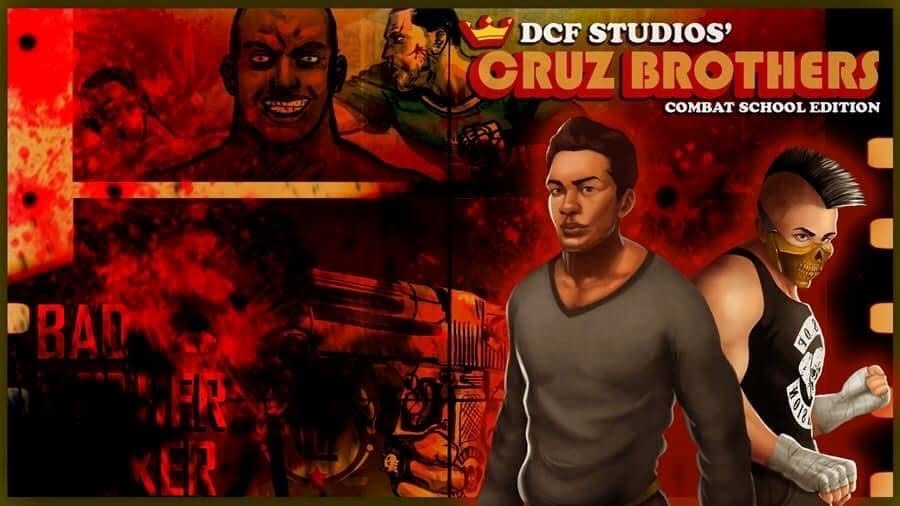 DCF Studios latest release is finally making its way to Xbox, after previously releasing on other platforms, in the form of Cruz Brothers: Combat School Edition. On top of the base game, an overhauled fight system built from the ground up, four new single and multi-player modes, nine new stages and several visual enhancements, there is no better way to play Cruz Brothers.

This fighting title is driven by a narrative, surprisingly more so than most in the genre it shares, kicked off by the murder of boxing coach Marcus Luz’ best friend Ryan Andrews at the hands of the Sons of Subversion, a motor cycle gang lead by Tray Sorrow. Marcus recruits Felipe and Igor Cruz and with his guidance, the Cruz Brothers fight though the regional ranks on their journey to championship gold and the opportunity to bring down Sorrow and avenge the death of their mentor’s friend. The premise manages to maintain its pace but it never quite escalated to the point of completely immersing the player in the story it wants to tell in its 13 chapters and weird but very intriguing post-credit scene. 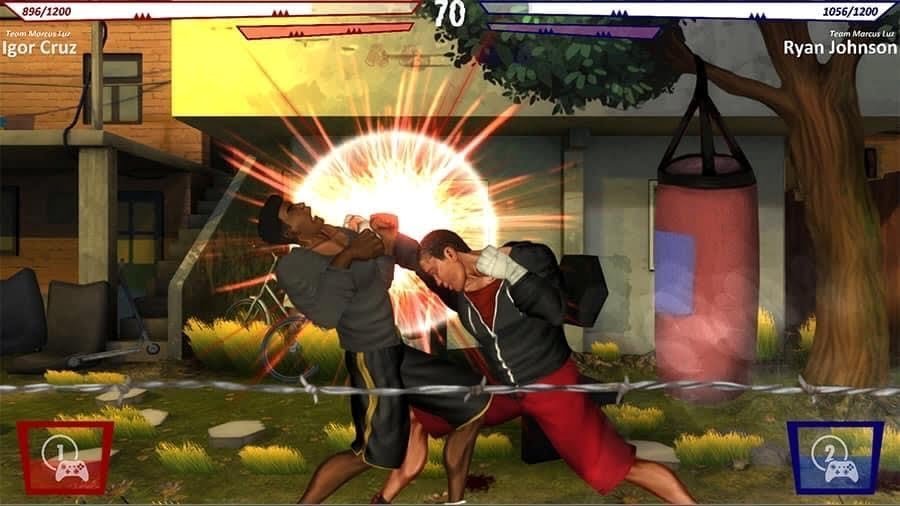 Interestingly, the cinematics in this game have been replaced by a comic book art style and narrated by the characters. It’s certainly unexpected from this type of game but it works in keeping it simple without over complicating the plot. Touted as a hand drawn fighter, the background and character models are definitely well presented despite the characters body proportions being a little distractingly off.

The combat in Cruz Brothers is certainly unique. Stringing together combos of light and heavy attacks is a typically standard affair, if not a little clunky, not quite as seamless as you may expect. The speed of some of the attacks makes it very hard to block, they can be ridiculously fast but others can be sluggish. Faces are left bruised and battered as fights progress, a subtle touch that goes a long way in making the fights feel more impactful. The inclusion of special attack combos and super attacks, earned by filling a bar by punishing the opponent, that radiate electricity and flashes of light for example, while cool and flashy, are confusing given the context of this grounded, realistic approach adopted by the game. It doesn’t make sense but at the same time it doesn’t hinder the fights, it instead makes them a little more exciting and unpredictable, a welcome break from the standard hand to hand affair. Upon checking out the DCFU tab in the home screen, and completing the requirements to unlock a series of cards, the seemingly random special attacks are given some context, I recommend checking it out for yourself as it provides some interesting insight into what the future may hold for Cruz Brothers. 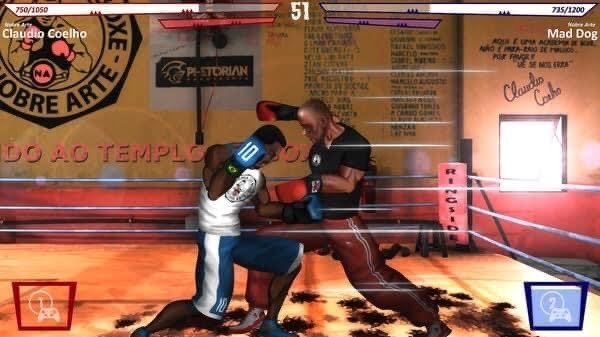 In my playthrough of the assortment of game modes I experienced some pretty frequent, though minor, performance issues particularly surrounding some of the flashier special attack sequences or very fast combos. As little as a second or two would seem to lag before it caught itself back up. It wasn’t a dealbreaker but it was distracting, costing me a handful of victories. There are a decent variety of stages to fight in, some of which such as gymnasium breakdown throughout the fight where lighting rigs collapse and fires erupt. These don’t interfere with the fight itself but do offer a nice visual addition to the task at hand.

Difficulty can be selected from the home screen and even on easy, the AI can be punishing and on the hardest difficulty the player will certainly be pushed to their limits. The challenge of surviving single or multiple rounds can be immense on harder difficulties and that makes it both more fun but also frustrating when you get annihilated in seconds by uninterrupted flurries of attacks. 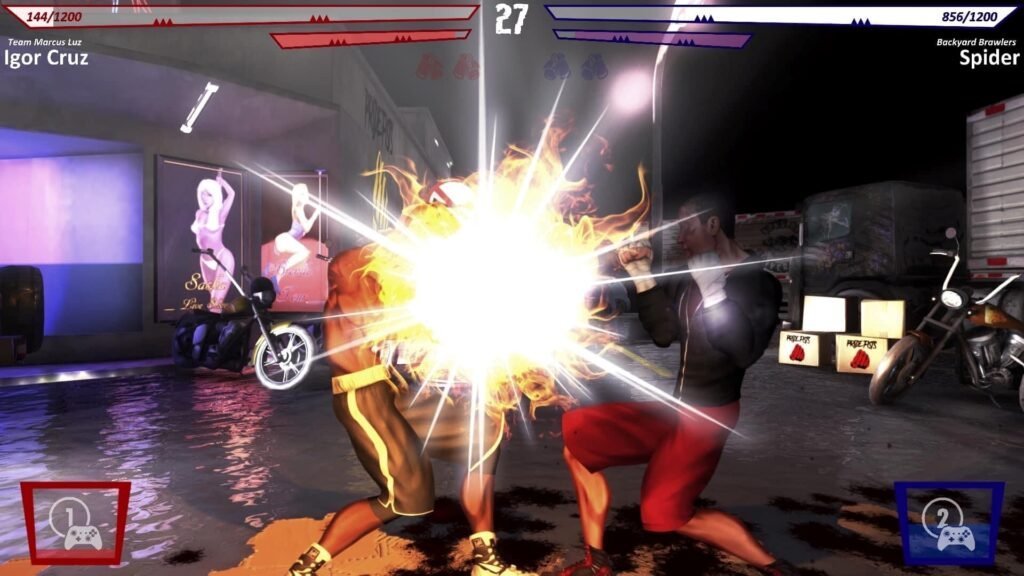 There are an impressive total of 8 modes on offer, including the Story and Career Modes, 2 of which, King of the Hill and Versus, allow for local co-op/local multiplayer. Winning any fight awards Blood Drips, essentially an in-game currency that can be spent on cosmetics for each of the 21 fighters. Gameplay wise, their move sets play relatively the same with exception of special attacks, some of which (Tray Sorrow in particular), are especially brutal and fun to experiment with.

The home screen is sorted into tabs the feature “Game Modes”, “Options” and “Tutorial” to name a few but there’s one that stands out called “Camps” that showcases updates to the game, already released and upcoming, similar to a simplified patch notes style list. Also worth noting is that there are 3 tabs outlining new characters, outfits and online functionality. This transparency is an excellent feature and one I am surprised I haven’t seen before.

DCF Studios have presented a rather unique take on the 2D Fighting genre, one that intertwines a rather deep and interesting story with an alternative spin on the hand to hand combat. Minor technical issues aside, there’s a simple but fun fighting title here that appears to have bigger things on the horizon. The intrigue of the post credit scene and the contents of the DCFU tab on the home screen (seriously, check it out) will certainly have me coming back for more.

Platforms: Xbox One and PlayStation 4