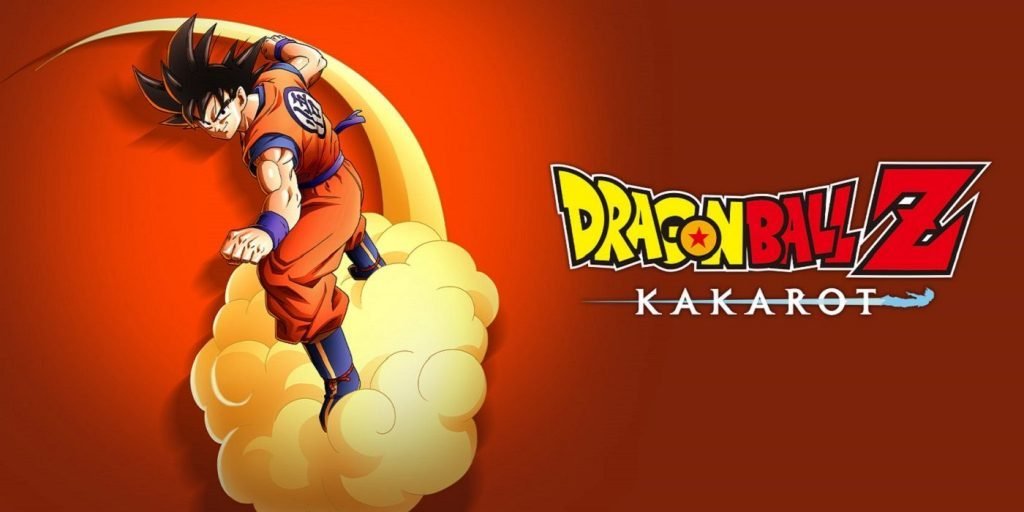 Dragon Ball is easily one of the most popular and recognisable anime and manga franchises of all time. Created in 1984, it has since spawned several animated television series and movies, as well as countless video games. With over 35 years worth of history and lore, the world of Dragon Ball has become as iconic as its central character, Goku. Goku is the survivor of an all but extinct alien race known as the Saiyans, sent to earth as a baby to conquer it but an injury to the head would catapult his life in the opposite direction and instead becoming its ultimate saviour.

For fans of the series, the overwhelming amount of video games have largely covered the same storyline from the Dragon Ball Z series, from the arrival of Raditz, Goku’s brother and the revelation of his Saiyan name Kakarot and destiny to conquer the earth, all the way through until his triumphant victory over the evil Majin Buu. Dragon Ball Z: Kakarot embraces this familiar story but no longer puts the action and combat at the forefront of the gameplay, opting instead to present a more traditional RPG experience and expanding upon ideas from recent games in the Dragon Ball series. Ultimately, this combination achieves a perfectly balanced experience for casual and die hard fans alike. 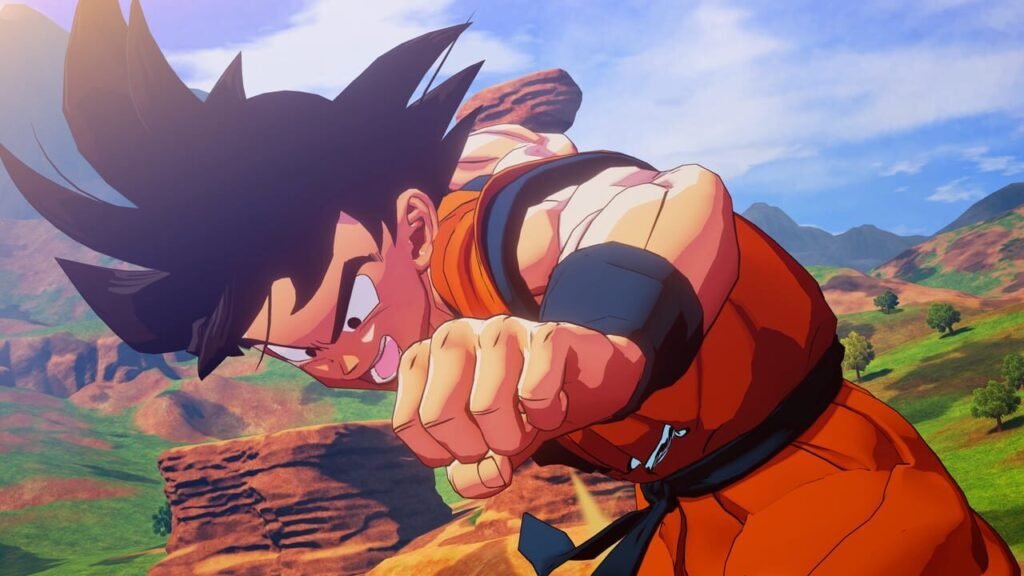 As the titular character, Goku/Kakarot is primarily the player character throughout the main story. Through progression other characters become playable for specific missions and upon completion of the main story, Goku, Vegeta, Piccolo, Gohan and Future Trunks are all interchangeably playable for the endgame content. Up to two support characters can battle alongside Goku in some missions and other than providing light damage to the enemy, two abilities can be allocated per character that can be activated, prompting a brief cool down between uses. All characters, either playable or support can have skills allocated and upgraded via a skill tree. The skills of which are either unlocked through story progression, character level or by completing training missions. Upgrading these abilities requires varying coloured Z Orbs, found in the open explorable areas in great abundance. Ensuring you have an effective arsenal of abilities is essential for story progression, as without the right skills it is easy to be overwhelmed and swiftly defeated in combat.

Each characters base stats, such as health, ki (energy), attack and defence will increase through level progression but can also be increased through the cooking system. Ingredients can be bought from stalls, found in the environment or hunted from wild animals by either fishing, catching or defeating them. These can be turned into a dish by Goku’s wife Chi-Chi or at a cook stall in the small market areas. These can then be eaten to provide small but permanent stat boosts, as well as apply a temporary meal effect, temporary stat boosts such as 10% extra XP for 3 mins or 500 extra health points. There are dozens of dishes that can be prepared and combinations of these dishes, along with a recipe can be used to make a full course meal, which provides significantly larger permanent and meal effect stat boosts. This entire cooking system is unique and certainly fitting of the RPG applications and effects feels rather unnecessary, as accumulating the ingredients, turning it into a dish, finding the recipes and then making the full course meals is more of a chore than something fun or even particularly worthwhile. If it weren’t for the extremely generous and quick character levelling system this may feel more useful but it fails to provide any meaning boosts. 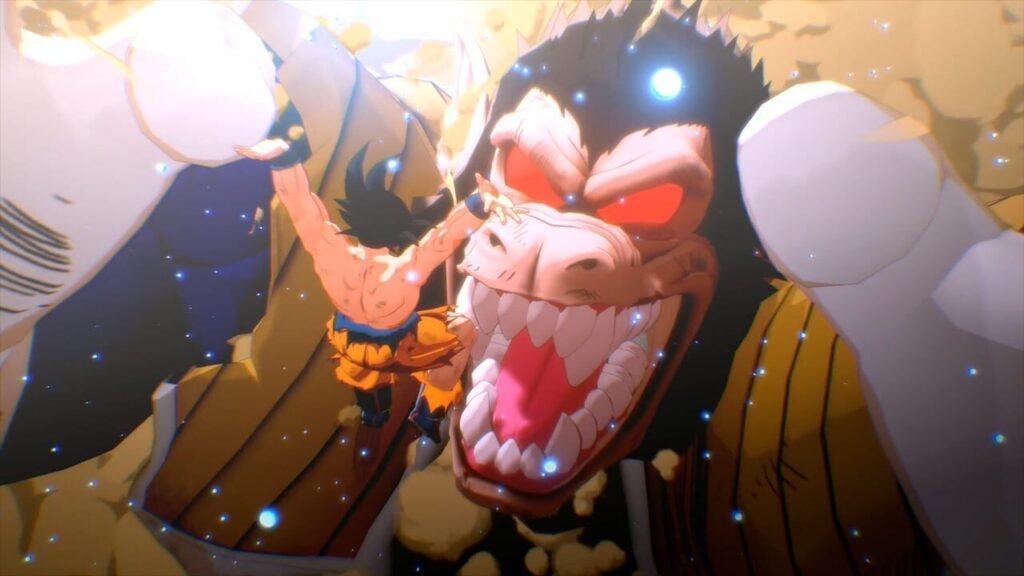 An assortment of other stat increases can be applied through effective use and understanding of the Community Board. As characters are met throughout the story missions or sub missions, their character token, referred to as a Soul Emblem is unlocked for use on the Community Board. Featuring 7 tabs of unique categories that represent the likes of combat, cooking and currency/material costs. Each of these Communities has a central, immovable character with slots around them for other Soul Emblems to be placed. The more Soul Emblems in place, the relationships they have with each other and their friendship levels all play a part in how effectively they will contribute to the community and therefore the stat increases that may be applied. Using gifts found or awarded from missions can increase the proficiency in specific communities and increase the friendship of the Soul Emblems, awarding gift unlocks along the way. While it is not overly complicated, it is certainly an unnecessary layer of depth that fails to provide more than minor stat boosts that as with the cooking is mostly redundant. Personally, I understood and experimented with it at first but did not return, proving perhaps that the minor attribute increases awarded from its use was not necessary to progress or required to overcome difficult enemies.

Complimenting these stat boosting RPG mechanics are a near endless supply of sub missions, offered by random NPC’s or supporting characters from the DBZ universe. They are typically fetch quests and fights, some are multi-tiered requiring a small number of objectives to be completed. Doing so will reward the player with ingredients, dishes, crafting components and community board gifts. The mission variety is limited and become tedious and repetitive very quickly. The XP awarded makes them bearable and essential to progression though and despite their choresome nature, their brevity also softens the blow, with most taking less than 1 or 2 minutes to complete. Their optional nature means that they can be avoided, however, it is recommended at least some be completed to ensure the characters levels match the enemies. 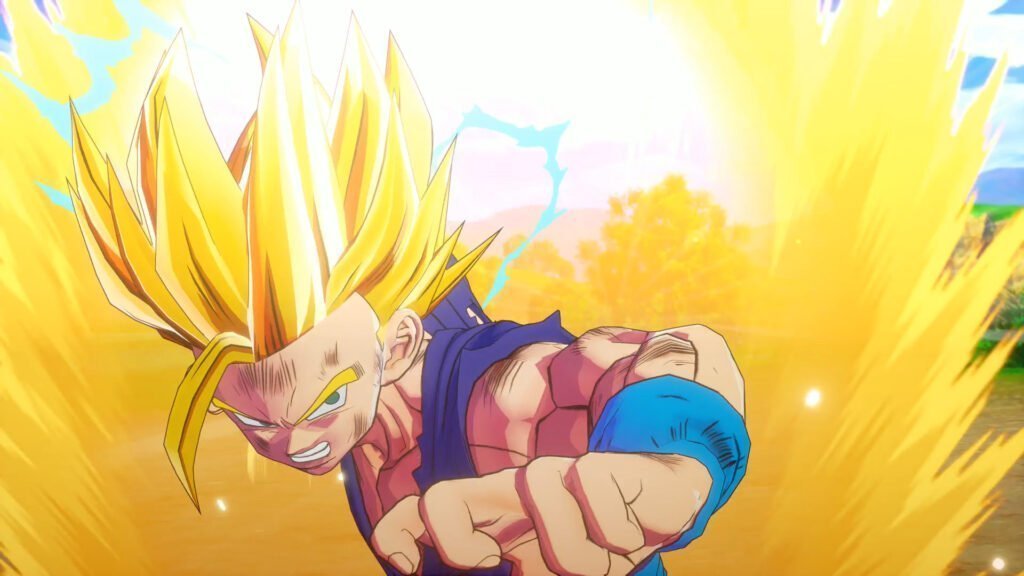 The combat itself is considerably different than recent Dragon Ball games. Instead of putting the focus on combat that requires memorisation of combos, tight timeframes to execute them and advanced blocking and guarding skills, Kakarot surprisingly has combat taking a backseat to the narrative and RPG mechanics. This has a different but not a negative impact on the actual combat gameplay. A simplified set of mechanics have replaced the light, heavy and charged system Dragon Ball fans have become familiar with. It makes the combat accessible for newcomers or players who are more interested in the adventure and narrative experience.

For those experienced in typical Dragon Ball gameplay it does take a moment to get used to the simplistic style but it overall makes it easier and more comfortable. Enemies have a varying number of health bars and higher level enemies obviously have stronger attack and defence stats. Being under-levelled is the only sense of difficulty present but by managing abilities, upgrades and consistent XP it should be difficult to actually be underprepared. The enemy variety differs depending on the location and story progress, familiar enemy types such as Saibamen in the Saiyan Saga or Frieza’s henchmen in the Frieda Saga on Namek for instance give players nostalgic foes to grow familiar with the combat and attack patterns before going toe to toe with the elite villains such as Frieza, Cell and Majin Buu. In between the main story missions, a semi-open world environment is explorable via running, flying or in Goku’s case the Flying Nimbus cloud. These are all fun methods to explore the landscape with and are fast enough for traversal to not grow tiresome. There are well over a dozen locations to explore, with the map opening up as the story progresses and an easy fast travel system makes it simple to navigate between them all. Z Orbs are littered amongst the terrain, as well as a myriad of collectibles, crafting materials and consumables such as health restoration items. Random enemies are scattered throughout the sky, as well as groups with red auras known as Villainous Parties. These are higher leveled encounters that provide better rewards and experience.

Every location has stalls to purchase and seek items, NPC’s offering sub missions and clues to valuable resources nearby. There are animals to hunt, fish to catch and eventually Dragon Balls to collect. Collecting all 7 Dragon Balls, marked on the mini map will allow the user to make a single wish at first, though they will eventually increase to two and three wishes. A wish can be made for Zeni, the in-game currency, Z Orbs for upgrades, rare items to craft, cook and upgrade with as well as the opportunity to revisit the games central villains for a rematch offering far greater rewards than the initial encounter. A 20 minute cool down is required for the Dragon Balls following a wish before they can be collected again. With all of the fast travel and traversal required it takes approximately 10 minutes to collect them all again, making it be try worthwhile and rewarding to do so.

Two legged mech suits can be crafted and upgraded, as can a car, to allow for alternative transport methods and gameplay opportunities. The mech suit for instance can be used to harvest mineral resources in greater quantity than on foot. They’re not essential inclusions but offer a fun alternative to travel and experience these worlds.

Upon completing the main story which starts in the Saiyan Saga and concludes with the Majin Buu Saga, the game world becomes fully explorable afterwards and the player can choose between the five playable characters and any two support characters to join the party while exploring, levelling up and experiencing all of the secondary gameplay on offer. I spent 32 hours completing the story and all 100% of the achievements, which required sampling all of the content on offer. It never felt like the experience outstayed its welcome and even though I personally have seen this same story told in dozens of games and the show itself, Kakarot feels like an authentic Dragon Ball experience with a story worth revisiting. 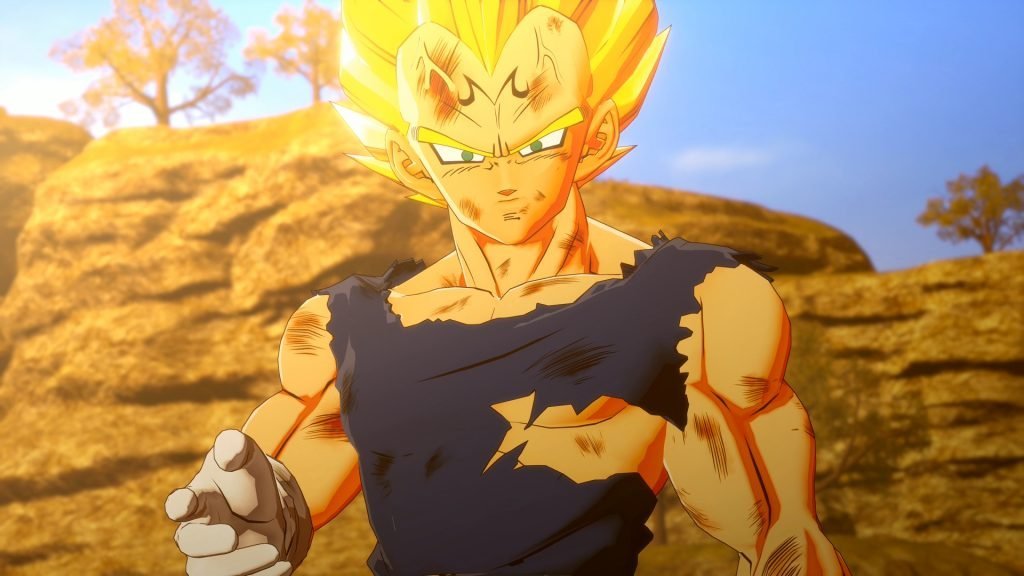 Visually the game captures the feel of the beloved series and the cinematics were admittedly impressive but at times can be underwhelming and very static. Key locations are brought to life in great detail and the character models are as fantastic as we’ve come to expect from a Dragon Ball game. The voiceovers are excellent as always, gripping you in the more emotional moments and dramatic encounters.

The lack of any additional modes is a little surprising but given that this is an action adventure type experience, it makes sense there is no versus type modes where players can choose who to play as and against. Being exclusively single player also takes away from some missed opportunities for meaningful content outside of the main story and exploration of its game world.

Dragon Ball Z: Kakarot is the most expansive experiment in terms of overall experience we have had in a Dragon Ball game to date. With deep RPG gameplay layered among its fighting roots, this is definitely a must play for both die hard DBZ fans and a perfect place to start for newcomers. There is a solid foundation here that the planned DLC can expand upon and possible sequels can easily tap into the treasure trove of mythology, characters and stories that have spawned from Dragon Ball Z. I am not certain this overall experience is what I expected but it is one I am certainly satisfied with.

– Sub-mission and mode variety is lacking

– Some unnecessary features such as Community Board and cooking