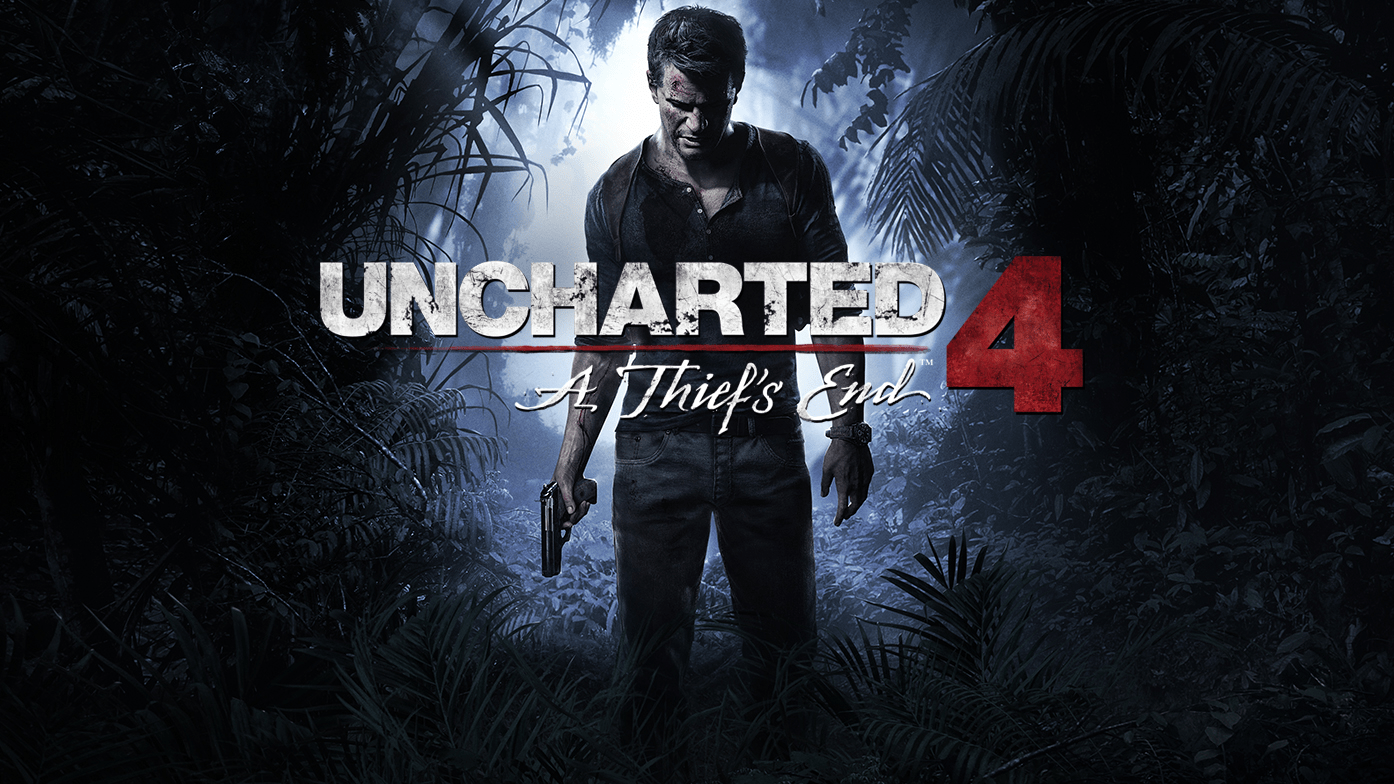 Following up on a trilogy of critically acclaimed titles is no easy feat. Naughty Dog’s fourth foray into the world and exploits of treasure hunter extraordinaire Nathan Drake had some big shoes to fill and by again going bigger and better in every way, Uncharted 4: A Thief’s End is an absolute masterpiece that serves as an exclamation point to what is possibly the greatest single player video game franchise of all time.

The story picks up following Nathan Drake’s decision to retire from treasure hunting and the dangerous exploits that career path has lead him on but the reappearance of his presumed dead brother draws him back in for one final mission. Diving even deeper into Nathan’s past this entry allows players to control Nathan as a child in flashback sequences that shed significant light on the path that lead him to becoming the man he is today. The emotional depth and heart in this story are the strongest of the series and further reiterates Naughty Dog’s ability to tell a story worth investing in. Joined by fan favourite supporting characters as well as new faces, Nathan is far from alone as he wrestles the odds one last time to save his brother’s life. Packed with twists and turns throughout the consistent paced 15 odd hour adventure, A Thief’s End is relentless with its presentation of an investable story. 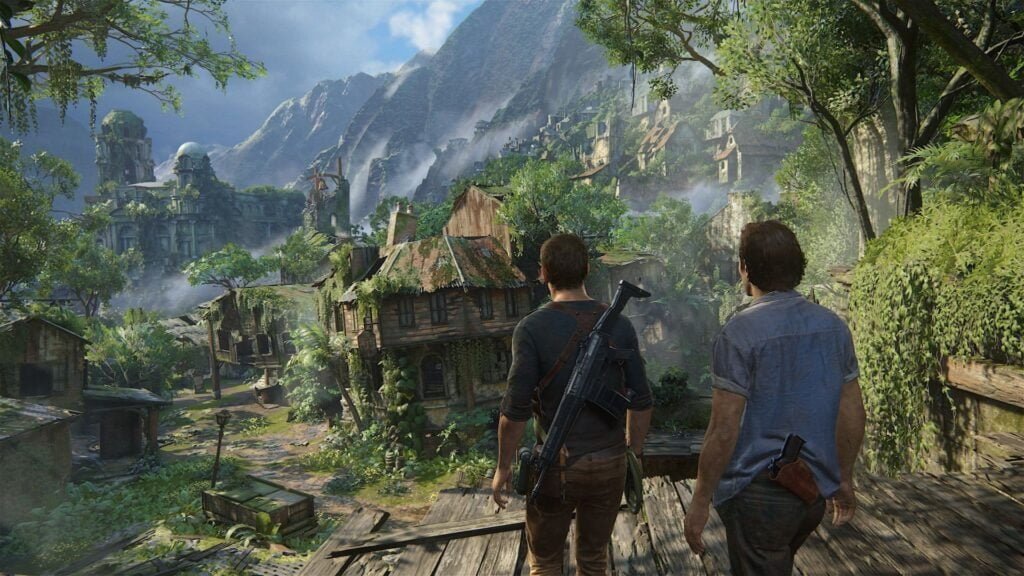 As has become standard for the Uncharted series, the gameplay has again received significant attention and improvement. The platforming has never been more seamless and the combat has been almost completely overhauled to be far more intuitive and accessible. This is easily the most satisfying gameplay experience of the series and the increased stealth opportunities open up different playstyles and lend towards the replayability for future playthroughs. The shooting and cover mechanics work well and disposing of waves of enemies is the most fun it has ever been. If stealth is more your playstyle then sneaking around silently taking enemies down is equally as satisfying. A significantly more open level design also encourages the enemy and the player to utilise flanking tactics to keep the combat encounters tense and dynamic. 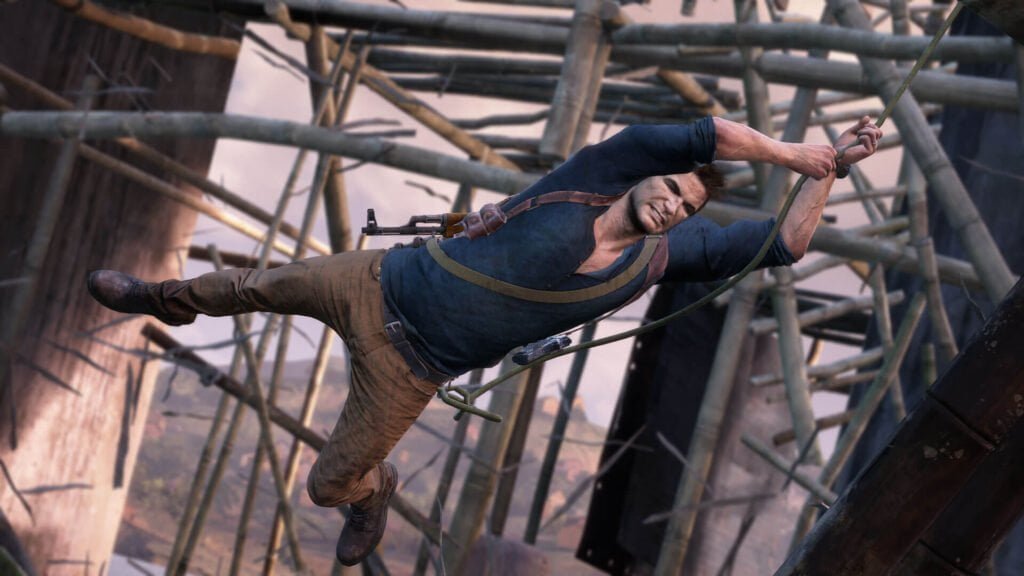 The set pieces this time around are on an even larger and more dramatic scale than before, coming across more like a scene from a Blockbuster Hollywood movie than a moment in a video game, these sequences are truly on another level.

A handful of multiplayer modes are present putting two teams of 4 or 5 against each other in objective based matches. The gameplay translates well to multiplayer though the modes feel a little redundant and fail to add anything meaningful to the amazing story mode. Matchmaking is pretty quick and there is certainly fun to be had, though the lack of a worthwhile progression system leaves little to return for. 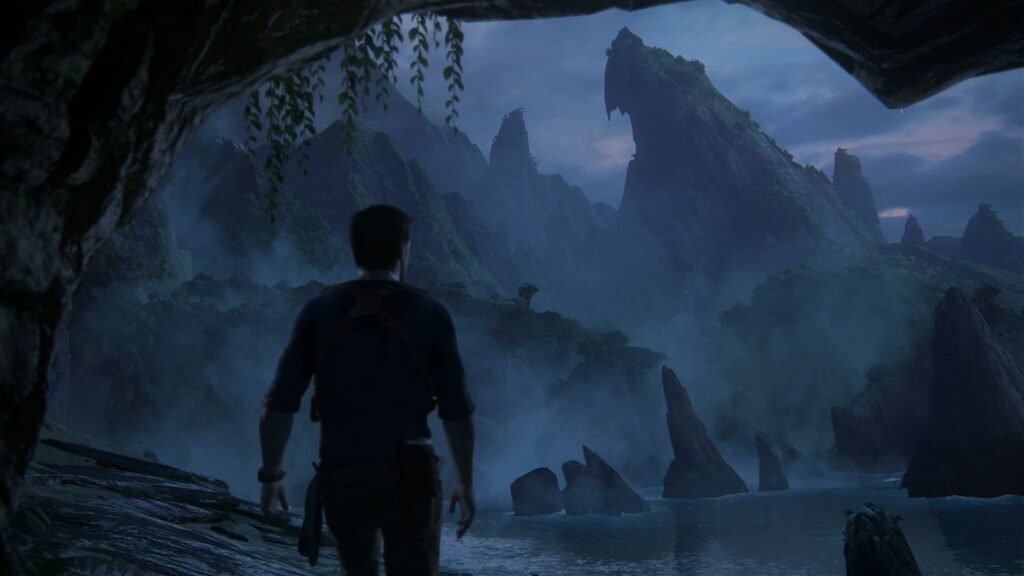 Visually the series has become virtually untouchable, raising a bar set by the previous entry is a feat Uncharted consistently excels at. The environment and character models are breathtaking, bringing the world to life on a scale unrivalled by any title of the current generation. The immaculate attention to detail and the striking use of lighting are awe inspiring. Accompanied by an impactful score, particularly in the cinematic moments, the audio-visual combination adds weight and emotion to every scene and encounter. 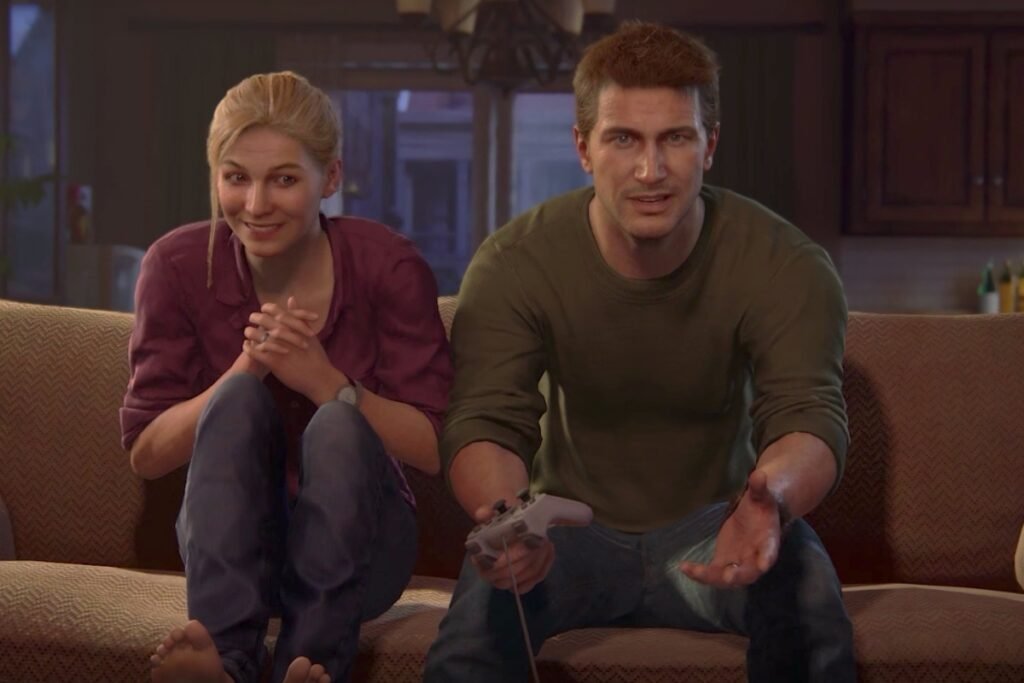 Similar to Nathan himself, Uncharted 4: A Thief’s End feels mature throughout, like it has taken everything it has learned from the trilogy that came before and grown from it. The experience feels as complete and rewarding as it could possibly be, which is no surprise to see this entry as a potential swan song for the series. Top to bottom this entire series feels complete. This entry alone puts everything on the line and in return the player gets to experience the end of one of the most satisfying, rewarding and emotionally narrative journeys ever told in video games. This one is a masterpiece and simply must be played by gamers, especially fans of the genre or great storytelling.

This Review will be re-written in 2021 to the length, detail and quality of my writing now.