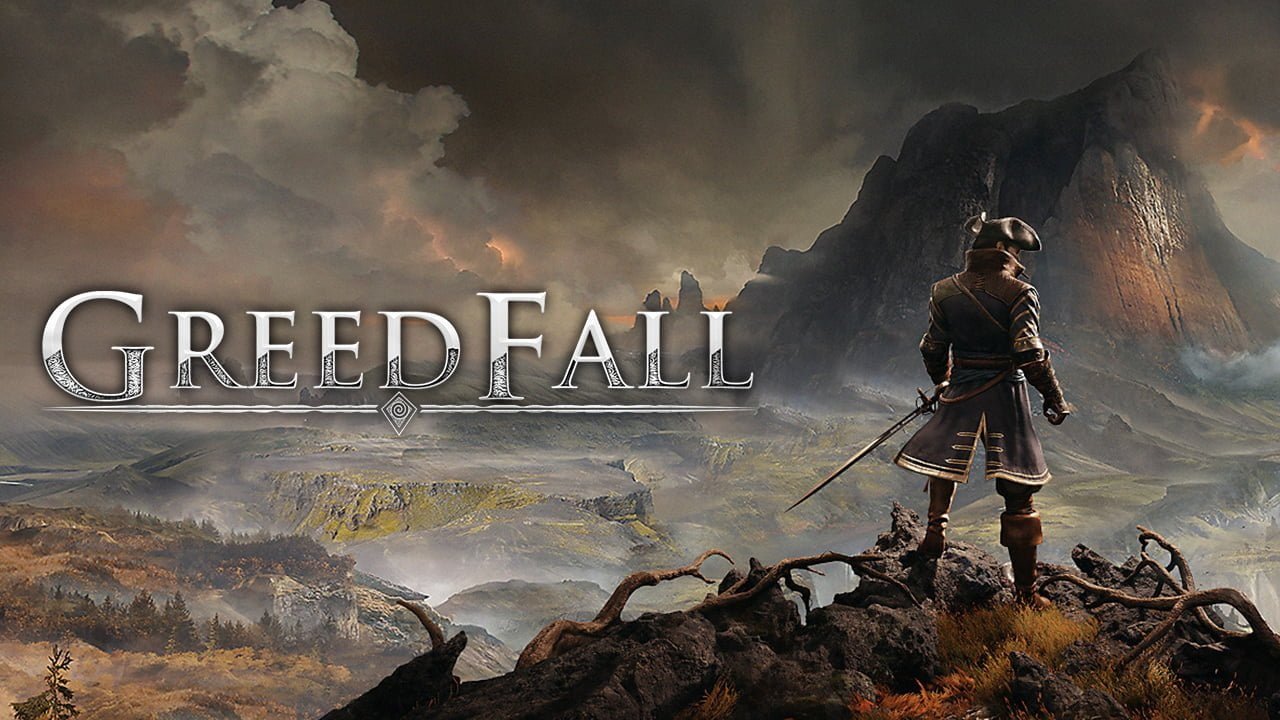 GreedFall, an open-world Fantasy RPG, creatively opens in a fictional 17th century Colonial Victorian-esque setting with an artist painting a portrait, and his subject is you, the player. This clever opening scene serves as the character creation, allowing you to choose your gender and modify your facial appearance. There is a small assortment of hairstyles and facial hair to choose from, as well as eye colour etc. It’s not comprehensive but offers enough variations to be able to create several characters that do not resemble each other.

After creating your character, you get to choose your preferred playstyle from the following 3 classes; Warrior, Magic or Technical. Predictably, Warrior favours melee weapons, Magic favours magical abilities and Technical favours firearms and long distance attacks. Your choice will determine which abilities and weapons you may initially wield, however it does not lock the others abilities out, as the extremely diverse skill tree allows you to encompass strengths from all 3 classes. This lets you work your way through the game and build a character disciplined in the skills that you want. It opens up a wealth of combat possibilities where you may choose the Warrior class but do not just have to be a force in up-close melee combat. You could also unleash a devastating energy attack from the Magic class while also retreating to attack at a distance with the strengths of the Technical class. The combinations of abilities and strengths at your disposal can truly be tailor made to suit the player and this level of control is exactly what we want in a RPG. 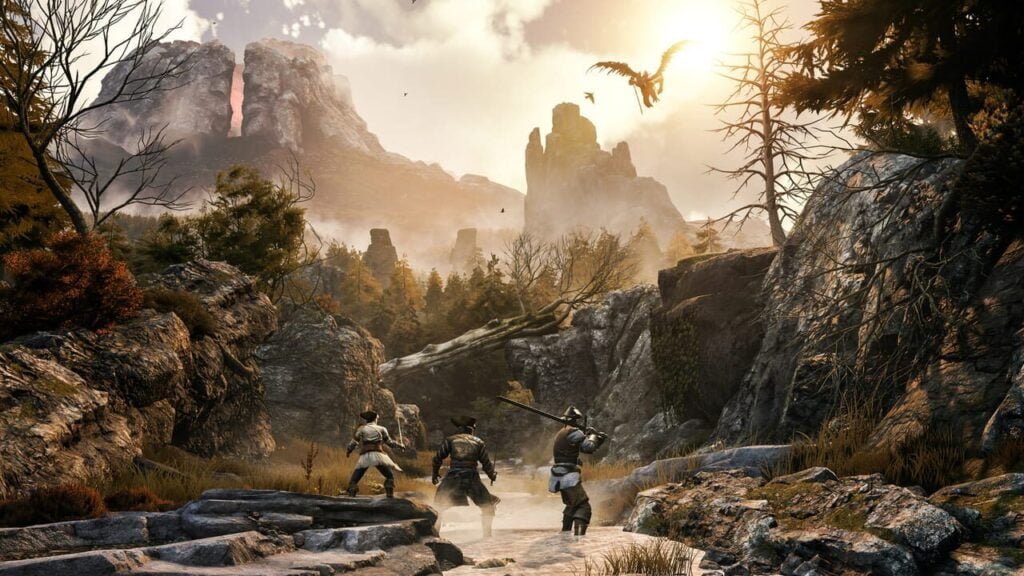 The enemy variety is plentiful, ranging from general thugs, factions you have upset based on your choices and possible alliances with opposing factions, wild beasts and fantastical monsters, the latter of which will attack regardless of your allegiances. Each combat encounter, excluding boss battles, is relatively tame unless you find yourself up against foes of a higher level. My first encounter on the island was a group of 3 soldiers that, as it turned out, were significantly stronger and killed me with one blow. This made me rethink how I would balance my skill tree, deciding to add some points to long range and distance based magic attacks that would allow me to get several attacks in before switching to my melee weapons to finish them off without sustaining any damage. When it comes to combat, it is this flexibility and diversity of how you can build your character that masterfully allows you to be a jack-of-all-trades. Not all encounters can be fought up close or from a distance, it’s the balancing act of being able to do both that will let you push forward successfully. 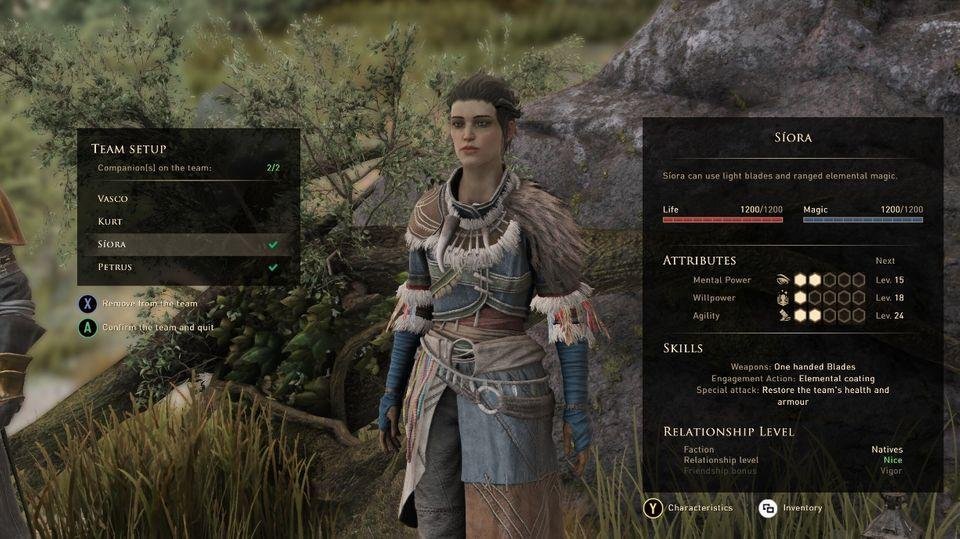 The excellent ‘Tactical Pause’ function allows you to pause and allocate actions, such as using potions or skills before unpausing and executing the actions you have queued. This gives you time to observe the battlefield, calculate the best plan of attack and execute without having to think on the fly. Each kill grants XP which will allow you to level up, with each level rewarding a skill point towards the class based skill tree and specifically stated levels reward talent and attribute points. The talent and attribute points can be used to acquire and improve the ability to lock pick, influence conversations with your charisma, allow you to craft potions, armour upgrades and more. The customisation of your character and their abilities is gigantic, adding to the replayability for future playthroughs.

There are a large number of weapons to find, buy and equip, some of which have specific attribute level requirements for wielding. The cosmetic customisation is great and allows you to customise your hat/mask, necklace, torso, gloves and boots. The clothing you have equipped to your torso also has a symbol representing what faction it affiliates with, allowing you to equip it in order to infiltrate that specific faction undetected for instance. And this customisation isn’t just limited to your avatar as you are also able to customise the load out and clothing of your 2 companions. I absolutely love having the ability to have them look how I want and arm them with weapons that I think suit their traits.

In addition to fighting by your side, by completing quests specific to your companions and making decisions that best reflect their personalities and backgrounds, romantic relationships can be formed. These are no different to what we’ve seen in other RPG’s, offering some flirty dialogue and cheeky kiss but are a welcome layer to the dynamic of the characters, bringing realism to the fantastical world they inhabit. 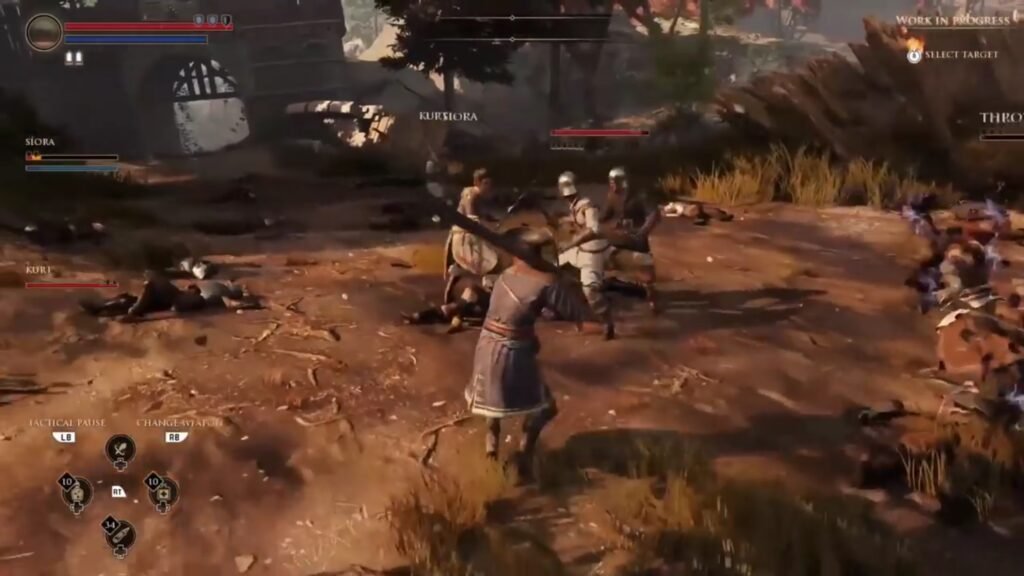 Your choices in GreedFall are not only in regard to the customisation of your skills but to dialogue, actions and relationships towards the various factions, all of which have different and generally opposing agendas, and characters in the world. Say the wrong thing and you’ll lose reputation points with a faction or a character, which may have consequences based on their allegiances too. Diplomacy might please a character you are addressing but indirectly might negatively affect your companion’s opinion of you. Choosing to attack instead of commune may bear the same results, pleasing one party but alienating another. Where your allegiance lies can very quickly turn a once safe area in a kill-on-sight zone if you are detected. Aligning with one faction might put you at war with another, although you can also attempt to please everyone to a certain degree and remain almost neutral to all parties. It’s this grand scheme of what you say matters but sometimes your actions speak louder than words approach to this game that set it apart from being “just another RPG”. Structurally it feels very BioWare-esque, inspiring developer Spiders to expand on that formula for GreedFall to have a voice of it’s own, screaming to be heard and worthy of your attention.

The open world areas are small enough to navigate without much hassle but just because these areas are small, it does not mean the overall world is. These smaller areas comprise of a rather large world to explore, a scope that I was not expecting. These areas are littered with side missions, contracts, wild animals to hunt, friendly non playable characters (NPCs) and enemies. There is always something to do, something to loot, something to fight. On your way to a main mission it is almost impossible to not get side tracked by the wealth of other opportunities along the way. I have only managed to scratch the surface of what GreedFall has to offer and I have no problem returning or creating a new character to play through again, making different choices and shaping my story for a new experience. 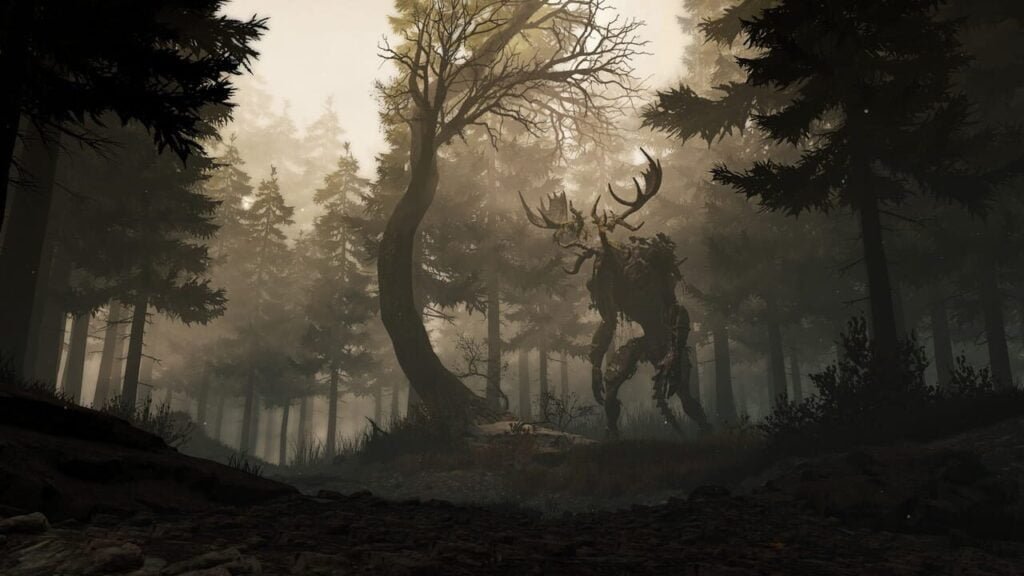 Fast travelling between areas is tactfully handled, you are not stuck watching a loading screen for X amount of minutes. Instead, you are placed in a camp set up where you can trade with a merchant, use crafting table for you to concoct potions and upgrade gear, swap gear from your inventory to a chest to avoid becoming over encumbered and change which 2 of the companions you meet throughout your journey that you want to accompany you. Or maybe you’ve got some skill points you have not spent yet or you have picked up some new gear you have not had time to equip. This is an excellent substitute for a loading screen and as far as RPGs go, this should be the standard. The everlasting presence of companions by your side though begs the question of the absence of co-op play, an adventurous journey this grand could only be more incredible with a friend by your side.

The ability to pause and save at any time is a godsend and a perfect fit for Xbox Gamer Dads, able to drop in and out at anytime without fear of retracing your steps. Reloading your save will take you to the exact position you saved at, allowing you to make a different choice that you were not happy with the first time or you wanted to attempt a secondary objective you closed off by completing the main mission first. This flexibility of the save function is again another option that should be the norm, not reloading you to the start of an area, checkpoint or level, but instead right back to where you left.

Visually, the game looks good but slightly outdated. This by no means is an ugly game, it is often a gritty world that feels lived in and real while it is the vast island environments where it graphically comes alive. The character models in particular present the most visual problems but are never too distracting on a presentation level, just a shame that a little more polish isn’t present. The interior of some of the accessible houses, mansions and warehouses are acceptably laid out, though I found it rather alarming that as I explored these different buildings, it was like déjà vu. I entered the exact same building in completely different locations a number of times where the only difference were the characters, if any, that inhabited them and maybe some artwork on the walls. This reduced my desire to explore buildings unless I was required to do so for a mission as its frequency became tiresome. 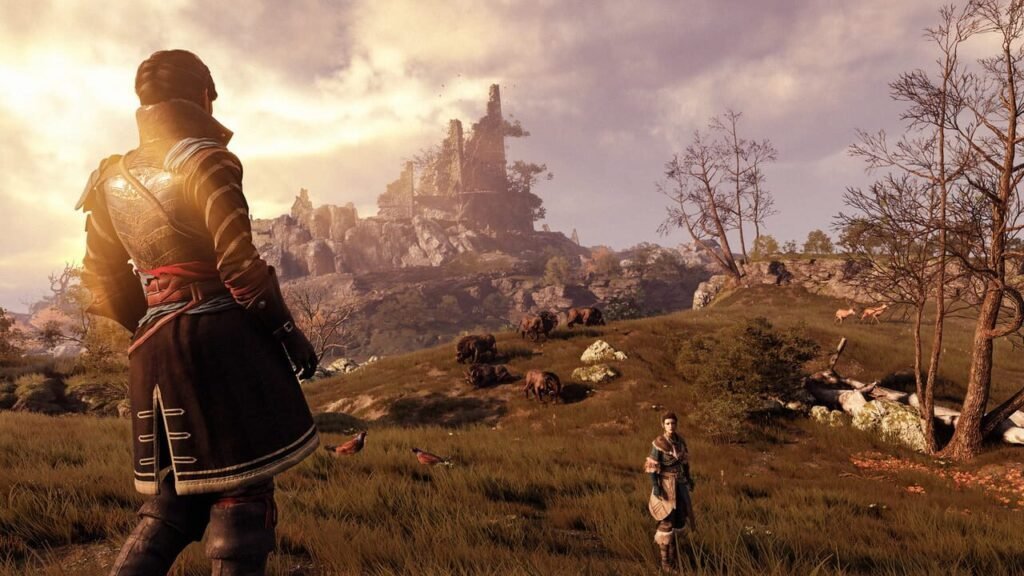 There’s an underlying roguish, adventurous charm to the world, from the dialogue between you, your companions and the NPCs, there’s any combination of wit, humour and emotion behind every interaction. Dark, real and political undertones though paint the world of GreedFall as broken, in dire need of stability so that it can thrive for generations to come. It offers a brutal look in particular at the treatment of natives and slaves, a primary plot point in the games story. It’s this edge that outlines all of what GreedFall is trying to say that keeps you grounded in this fantasy world.

A thorough explorer of open world games, I have scoured each new area on my journey and there is still a ton to explore. The scope of this game can not be underestimated as it truly is the definition of what an RPG should be. The world is massive, the cast of characters that inhabit it feel real and the gameplay doesn’t try to do anything for the sake of it. It’s grounded, it’s balanced, it’s accessible but most importantly it’s fun. I expect dozens more hours of exploration ahead of me and after the time I’ve spent with GreedFall so far, that is certainly not a bad thing.