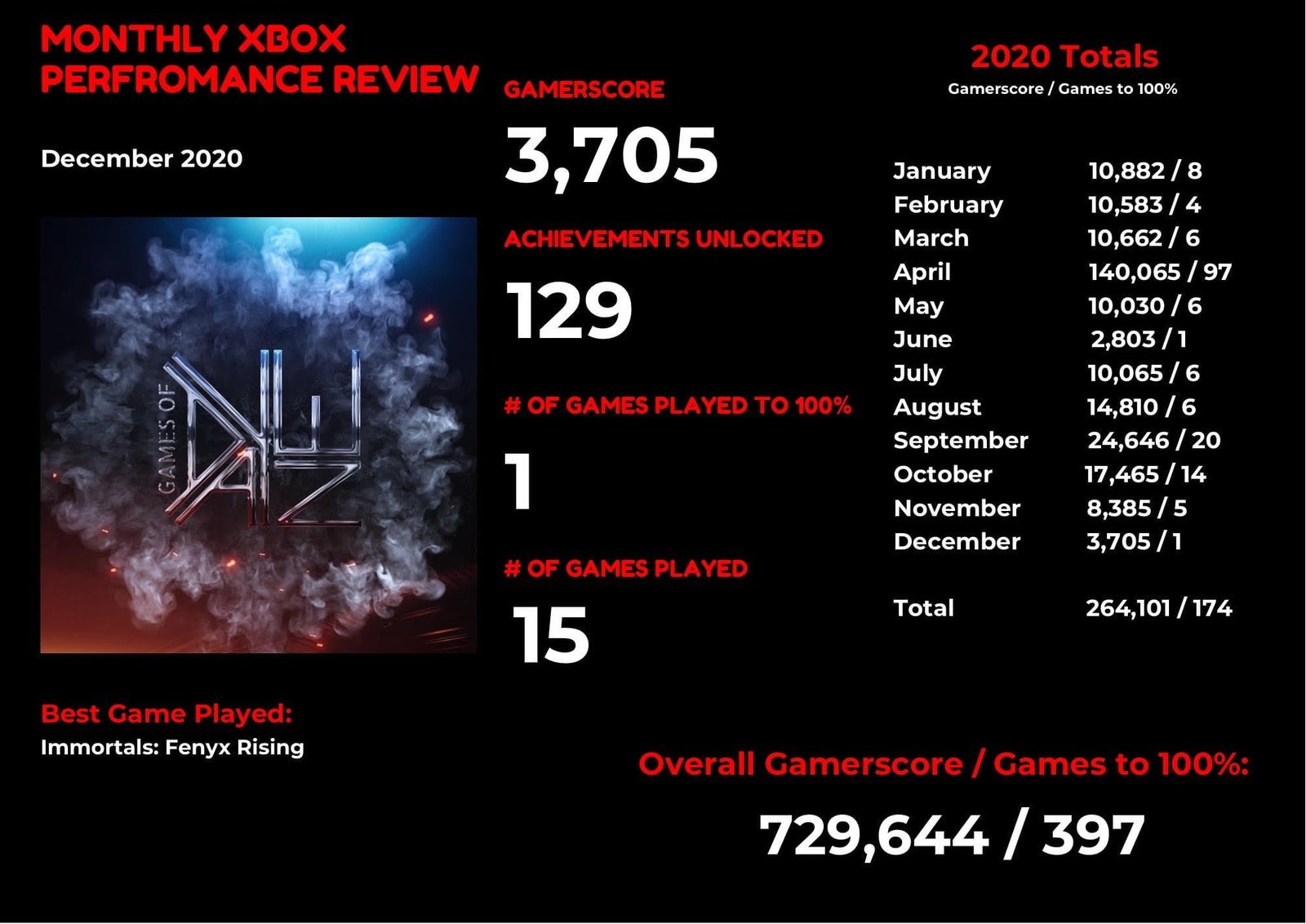 2020 is finally over, December has been and gone and we find ourselves in the new year with a lot to be excited for when it comes to exciting new releases. Looking back on the final month of the year, I certainly used it to wind down after a chaotic few months of strong titles and the new console launch. Here’s what happened for Games of DAYNE in the final month of 2020.

Throughout the month I reviewed 10 titles, a brief opening precedes a link to the full Review for each: 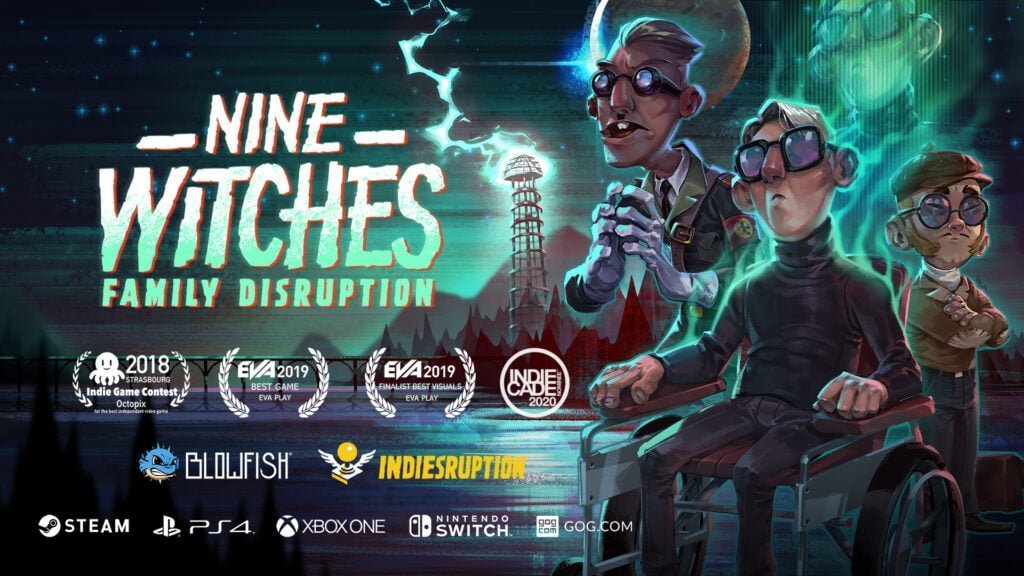 “The end of World War II looms and in the midst of the global conflict a sleepy Norwegian village by the name of Sundäe takes centre stage. Nine Witches: Family Disruption is so much more than a supernatural point and click adventure to stop the Nazi’s from unleashing hell on earth.

Packed with humour, over 50 interesting characters to interact with and charming pixel art visual design, this quirky tale is an excellent addition to the genre courtesy of developer Indiesruption.” Click HERE to read my full Review.

Chronos: Before the Ashes 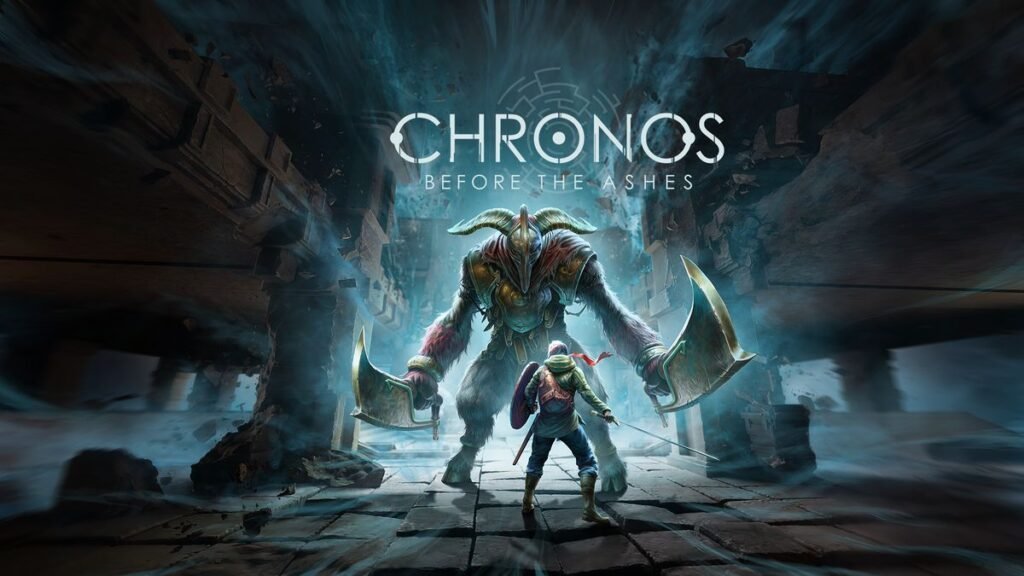 “Chronos: Before the Ashes is a third person action adventure RPG that takes place shortly before the events of 2019’s Remnant: From the Ashes, also developed by Gunfire Games. Cleverly expanding upon the foundations established for this universe in Remnant, Chronos holds its own as a unique experience that has its own tale to tell.

The mechanic that sets Chronos apart from any other title is its use of ageing upon death. With each death the player’s character gets one year older. Starting out fresh faced and swift against otherworldly creatures will see the character’s mastery of Arcane magic increase with age while strength and agility will ultimately peak. It’s a fascinating and effective concept that really instils a sense of urgency when it comes to each and every encounter.” Click HERE to read my full Review. 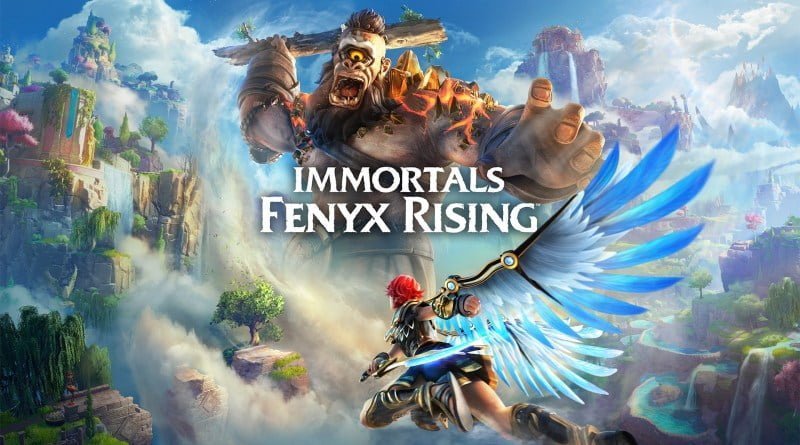 “Ubisoft have returned to adapting Greek mythology in Immortals: Fenyx Rising. Previously explored by the team in 2018’s Assassin’s Creed: Odyssey, this latest reimagining of the wildly popular mythology is a breath of fresh air.

Blessed with a simplistic art style that feels sleek and fun while guided by a light hearted narrative full of quirky characters, a surprising amount of comic relief and deep combat system, Immortals: Fenyx Rising inescapably borrows elements from Ubisoft’s staple Assassin’s Creed series while introducing enough of its own to feel unique and satisfying.

Taking place in the fictional Golden Isles, the stage is set for an epic power struggle between good and evil with Fenyx enlisting the support of the Gods to stop the evil Typhon.” Click HERE to read my full Review. 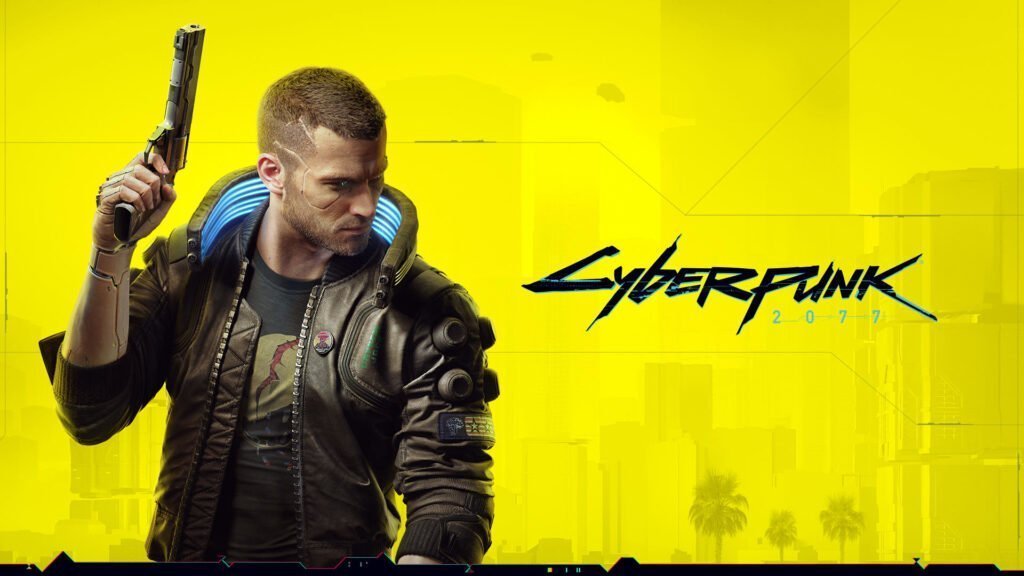 “Cyberpunk 2077 will go down as one of the most anticipated titles of all time. Developed by CD Projekt Red, the masterminds begins the critically acclaimed The Witcher 3 which is considered by many to be a masterpiece, Cyberpunk 2077 was initially announced back in May 2012.

Nearly a decade later, the open world action RPG finally launched on all platforms across the current and previous generation. The decision to do so has controversially led to a myriad of performance issues, primarily on last gen consoles, though playing on anything other than a high end PC has caused issues for various players though surprisingly not all.” Click HERE to read my full Review. 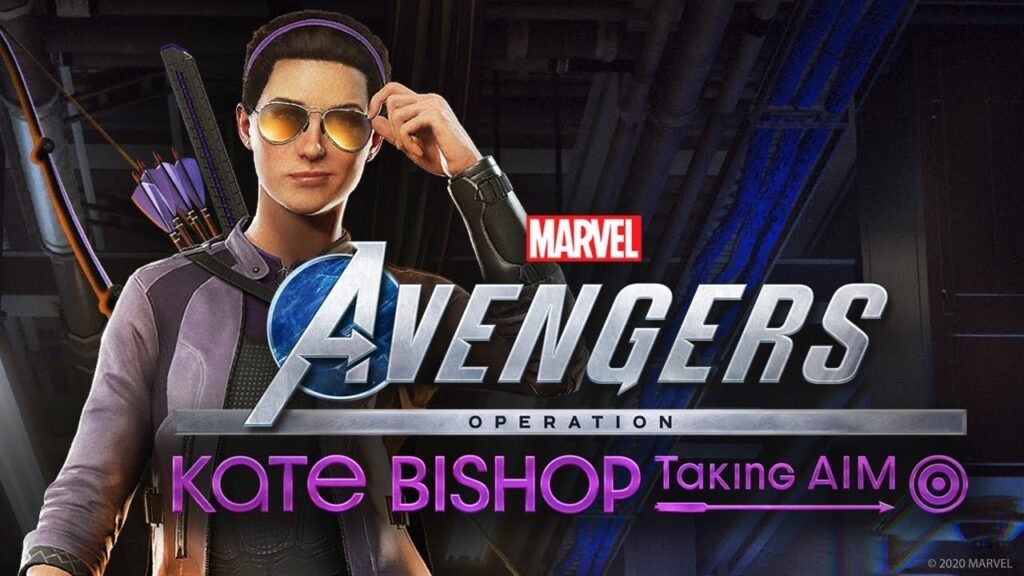 “Operation Taking AIM marks the first of many new content releases to September’s Marvel’s Avengers. This Operation brings with it 6 missions that progress the story from the events of the main campaign while introducing a brand new playable character in the form of Kate Bishop. Mentored by fan favourite Clint Barton, AKA Hawkeye, Kate teams up with The Avengers to save Hawkeye ahead of the next Operation titled Future Imperfect. 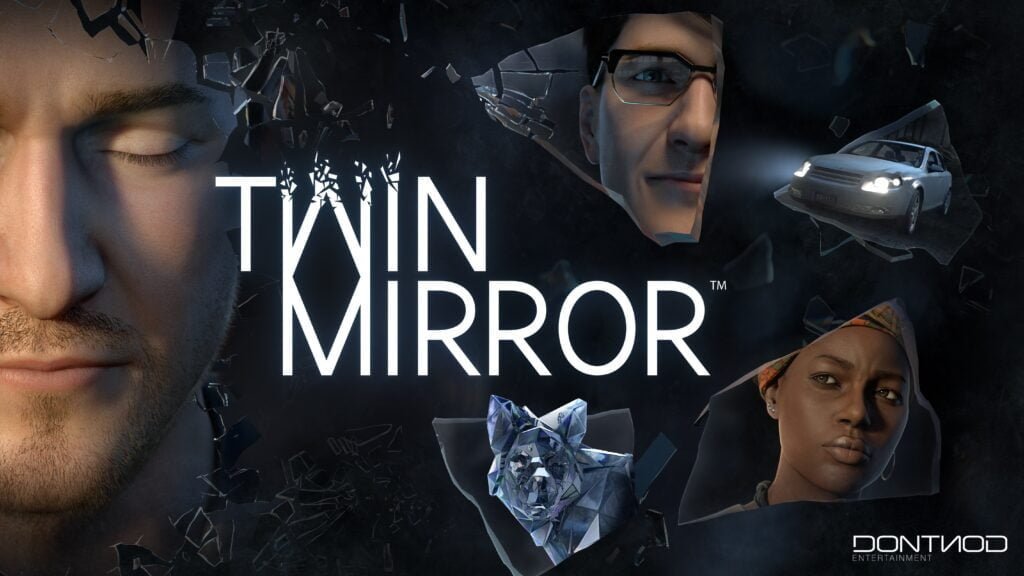 “DONTNOD return with another interactive psychological thriller that digs deep into the past and fragile emotional states of its cast in Twin Mirror. The cinematics do the heavy lifting and tasks the player with simply exploring various locations in search of clues and interacting with other characters in order to uncover vital information.

Having to follow up on their previous critically acclaimed titles in Life is Strange and more recently Tell Me Why, DONTNOD have raised the bar in the genre to a level that Twin Mirror ultimately can’t quite reach. Originally conceived as an episodic series, the decision was made to restructure the experience in an effort to avoid players having to wait in order to continue the story. Despite being a singular continuous narrative, Twin Mirror fails to hide the seams of where the planned three episodes would appear and the result is a somewhat disconnected experience.” Click HERE to read my full Review. 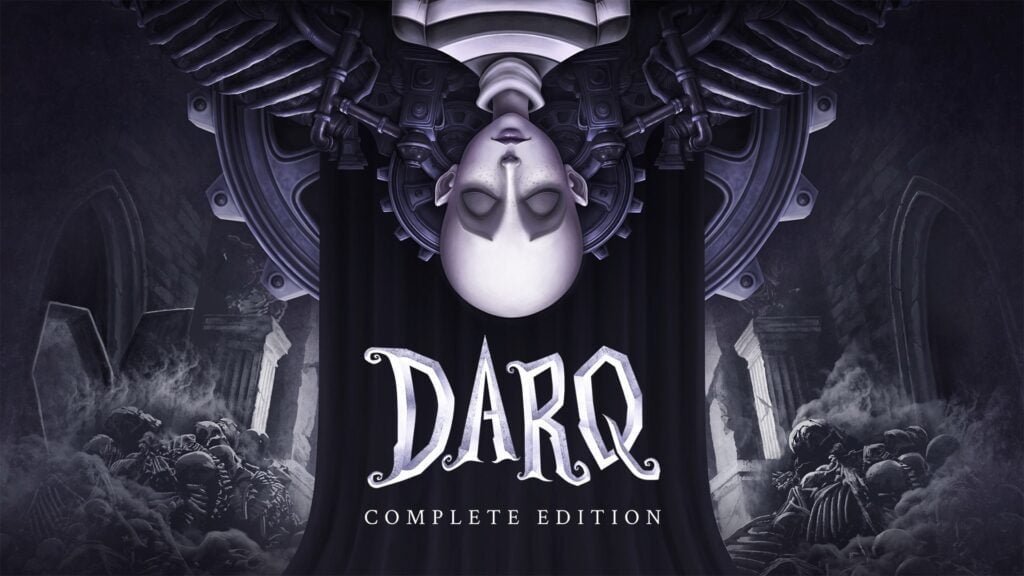 A combination of puzzles, enemies to sneakily bypass and a shifting sense of up and down keep DarQ engaging throughout its brief 2 hour adventure as per its original PC release in 2019 and includes a pair of additional bonus levels, one of which, “The Crypt”, is brand new for this release.” Click HERE to read my full Review. 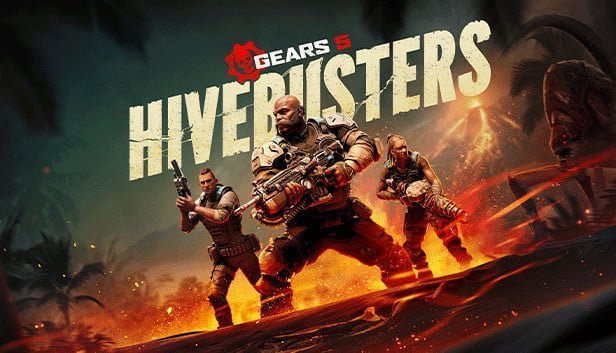 “Gears 5 saw the introduction of Hives, a mode pitting a trio of characters against the unrelenting Swarm in an attempt to destroy it from the inside out and escape alive. Previously only available as a multiplayer mode, Gears 5 now has a standalone DLC called Hivebusters which serves as an origin story for Scorpio Squad.

Keegan, Lahni and Mac, all previously playable characters in Gears 5 comprise the elite team. With the sole purpose of infiltrating Hives and destroying them from within, this story shows how they came to be the unstoppable force they are today.” Click HERE to read my full Review. 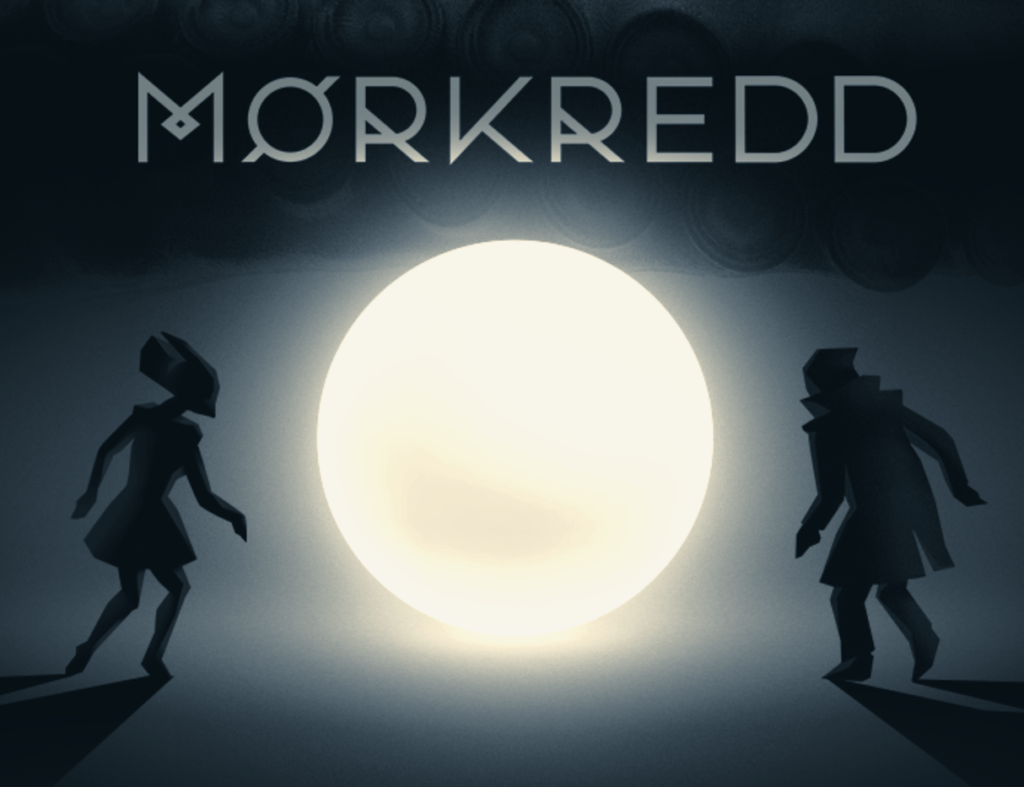 “Morkredd is an atmospheric physics based puzzle title that can be played alone or with one other player via local co-op. By either controlling a pair of characters with each thumb stick or working together with a friend, Morkredd is a unique and interesting experience that showcases the power of both light and darkness in this monochromatic experience.” Click HERE to read my full Review. 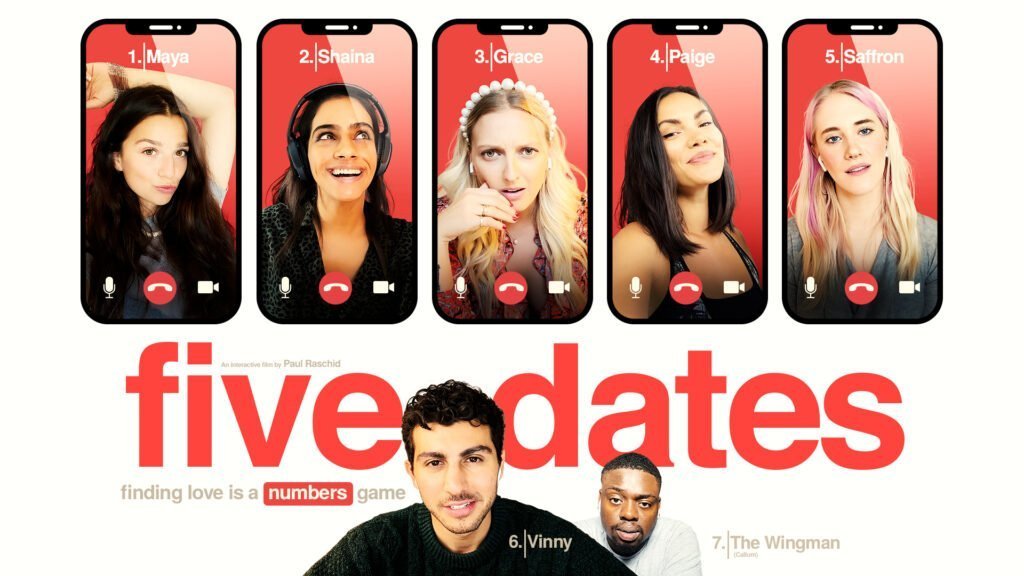 “Playing as Vinny, Five Dates puts players in the hot seat with five potential women to get to know through interactive video dates. Just like real life these can go well just as easily as they can go bad.

The dialogue players choose for Vinny will determine whether there’s potential future dates to play through or not. Packed with humour, charm and of course cringe, Five Dates is an entertaining interactive rom-com that embraces online dating during lockdown.” Click HERE to read my full Review.

For the first month in 2020 I didn’t manage to accomplish anything on my #RoadTo1MillionGamerscore, instead opting for a relaxing wind down for the year and enjoying the holiday period with my family.

Immortals: Fenyx Rising was an incredibly surprising adventure from Ubisoft that let us loose in a Greek mythology driven world. Packed with humour and a light hearted story, Immortals was a lot more fun than I expected. With story DLC on the horizon there is no doubt I will be back for more.

That’s what happened for Games of DAYNE in December but what did I achieve? Let’s break it down. 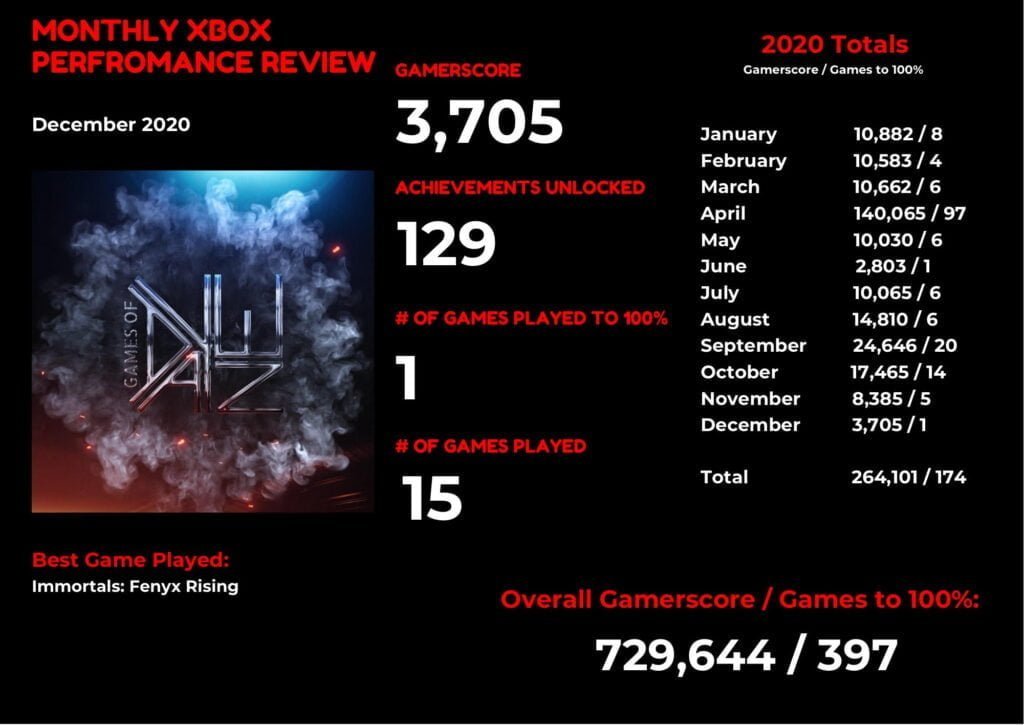 January will kick start the year with two titles I’m very excited for in Hitman 3 and The Medium. Around these titles I will be playing through some of my 900+ game backlog and easing into the year on both the review and Gamerscore front. I’m looking forward to a bit of a break because what I have planned for this year is going to keep me very busy and extensively clearing out my backlog. With only 270,000 Gamerscore standing between me and 1 Million Gamerscore, 2021 is going to be very busy indeed.