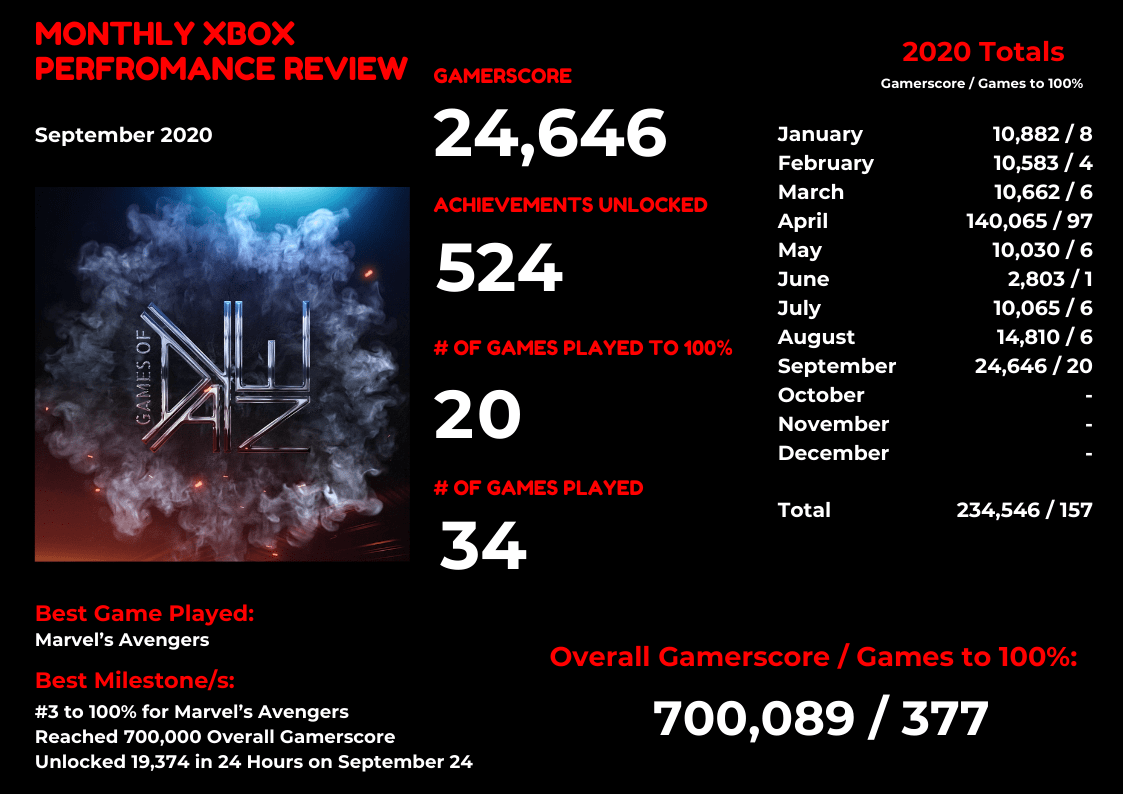 September has been absolutely massive. Great new releases have been consistently over the course of the month with little to no breather in between. We had the nightmare pre-order situation with the PlayStation 5 and Xbox Series X/S, of which I luckily got through and will be adding an Xbox Series X to Games of DAYNE HQ when it launches on November 10. Here’s what happened for Games of DAYNE, :

Throughout the month I played and reviewed 10, all new releases. September was a very strong month for new releases and I was pleasantly surprised by multiple games. Click any title to be taken to it’s review.

Tell Me Why – Chapter 2 “Family Secrets”

Tell Me Why – Chapter 3 “Inheritance”

“One Week Later…” with Marvel’s Avengers

I launched my “Indie Spotlight” feature by taking a look at DCF Studios from their earliest titles to their latest and beyond.

I was the third player to unlock 100% of the Achievements with Marvel’s Avengers. On Thursday the 24th I earned 19,374 Gamerscore in 24 hours on the 30th I finally crossed over to 700,000 overall Gamerscore!

Marvel’s Avengers and Nexomon: Extinction both blew me away and were easily my favourite games played in September. Mafia: Definitive Edition and WWE 2K Battlegrounds both pleasantly surprised me with very strong experiences. All 4 of these titles I highly recommend!

That’s what happened for Games of DAYNE in August but what did I achieve? Let’s break it down. 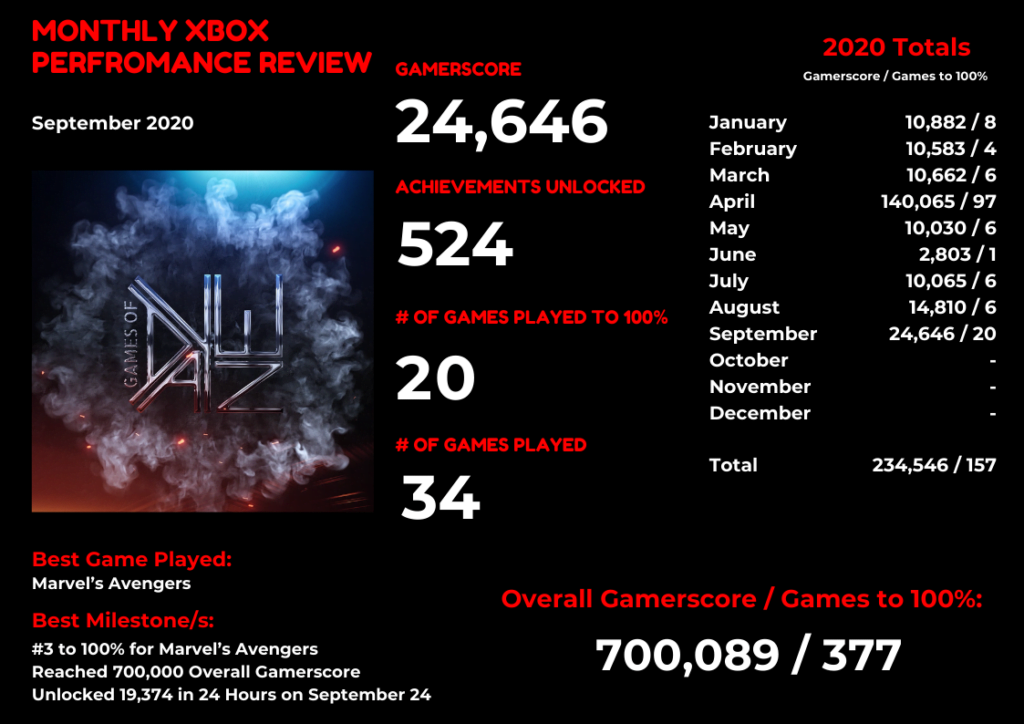 After going hands on with Marvel’s Avengers at PAX in 2019 and playing all of the closed and open beats throughout August, I knew this game was for me. I was not disappointed. This one will keep me coming back regularly for months and years to come.

Looking ahead to what October brings us very exciting. Star Wars: Squadrons and Crash Bandicoot 4: It’s About Time both launch tomorrow. A pair of excellent indie titles in the form of Raji: An Ancient Epic and 9 Monkeys of Shaolin release mid-month, both of which had very enjoyable demos during the Xbox Summer Game Fest Demo event. WatchDogs: Legion and The Dark Pictures Anthology: Little Hope land a day apart at the end of the month. It’s going to be busy but most importantly it’s going to be fun!

This is the calm before the storm that will surround the launch of the Xbox Series X in November and with it, Assassin’s Creed: Valhalla, Cyberpunk 2077, Gears Tactics, Yakuza: Like a Dragon and Call of Duty: Black Ops – Cold War are just a few examples of why. The rest of 2020 is a relentless barrage of new and exciting games and hardware that is sure to keep many of us very busy into the new year with the next generation.