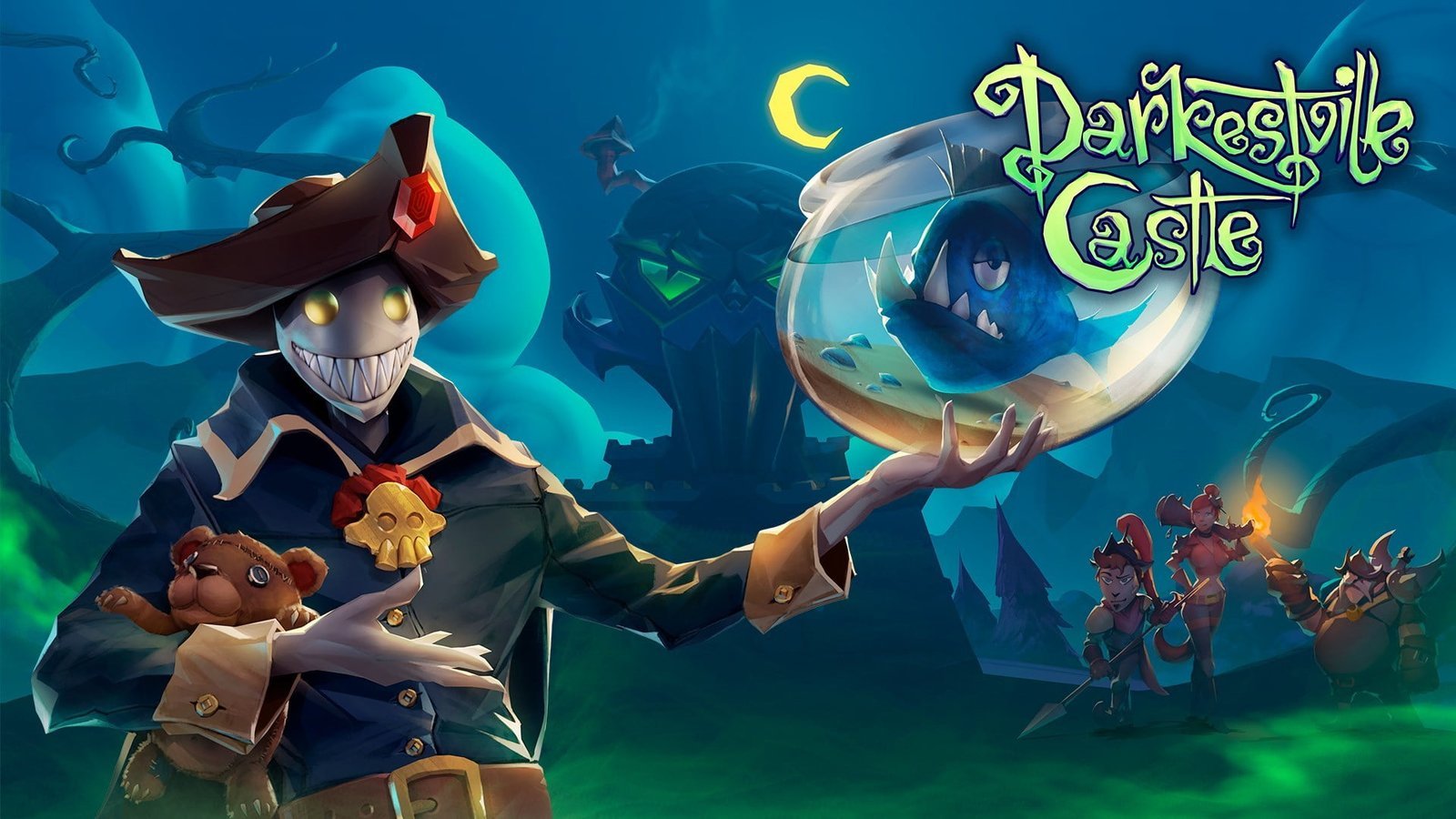 An entertaining homage to the point and click classics, Darkestville Castle is a worthy adventure of those it pays tribute to.

Point and click adventures hold a very special place in my heart when it comes to my earliest experiences with video games. The classic LucasArts titles such as the Monkey Island series, Full Throttle and Grim Fandango are among my favourite childhood games. It’s hard not to reminisce on these classics when playing Darkestville Castle as this title is undoubtedly inspired by the genre. Epic LLama have done an amazing job paying homage to games that paved the way for the genre while also establishing their own footprint. Packed with humour, charm and creative art design, Darkestville Castle puts players in the role of the charismatic Cid the Demon in an adventure to save his pet piranha and to stop the evil demon king Viggo.

Cid is known throughout Darkestville for his sinister pranks on those who inhabit it, a demon that unsurprisingly finds pleasure in the pain of others. With the arrival of Viggo, Cid’s motivations are undoubtedly selfish, with a mentality of “there’s not room in this town for the both of us”. Saving Darkestville from Viggo’s clutches is merely to ensure he has a home full of innocent people to continue torturing. His personality is rife with sarcasm, wit and an insatiable passion for pranks. The opening dialogue has Cid looking at a checklist of amusing and childish pranks, most of which he has crossed off. His interaction with those who inhabit Darkestville, including those he accidentally releases from the fifth circle of hell by opening a chest he is explicitly told not to, is easily the highlight of the experience. Unfortunately little personality is shown by majority of the supporting cast, though a handful do manage to hold their own with Cid. 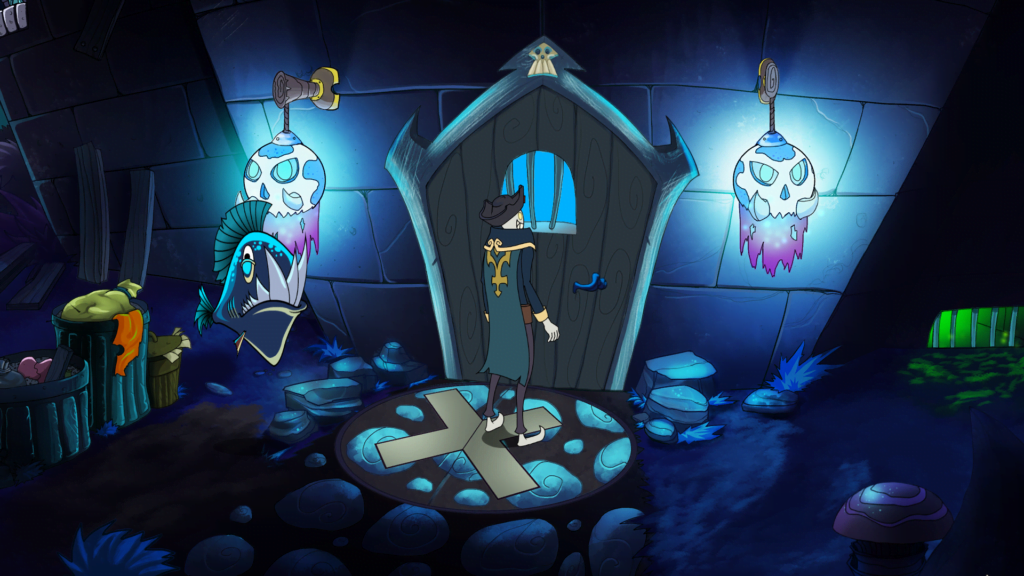 Posing as his long time human nemesis Dan Teapot, Cid’s relationship with the Romero Brothers, a sibling group of demon hunters that consists of two brothers and their sister, drives the narrative for the most part. His interaction with them, both physically and verbally, is hilarious and they too are not exempt from his pranks. Cid must navigate the different regions in the town to look at and pick up items, talk to its inhabitants and combine items to solve puzzles in order progress. For point and click adventure fans, the experience is familiar to the classics we know and love. Backtracking after revealing new information or objectives is a consistent part of the experience but as the explorable regions are small, it fails to become bothersome. Travelling between the different regions is as simple as exiting the area and entering an overview of Darkestville, selecting where to go, and instantly arriving there. With no load screens, these transitions are seamless and maintain the flow of the gameplay, a welcome feature considering the backtracking required to solve the myriad of puzzles. None are particularly difficult but a keen eye is required to take note of the environment and interact with everything. 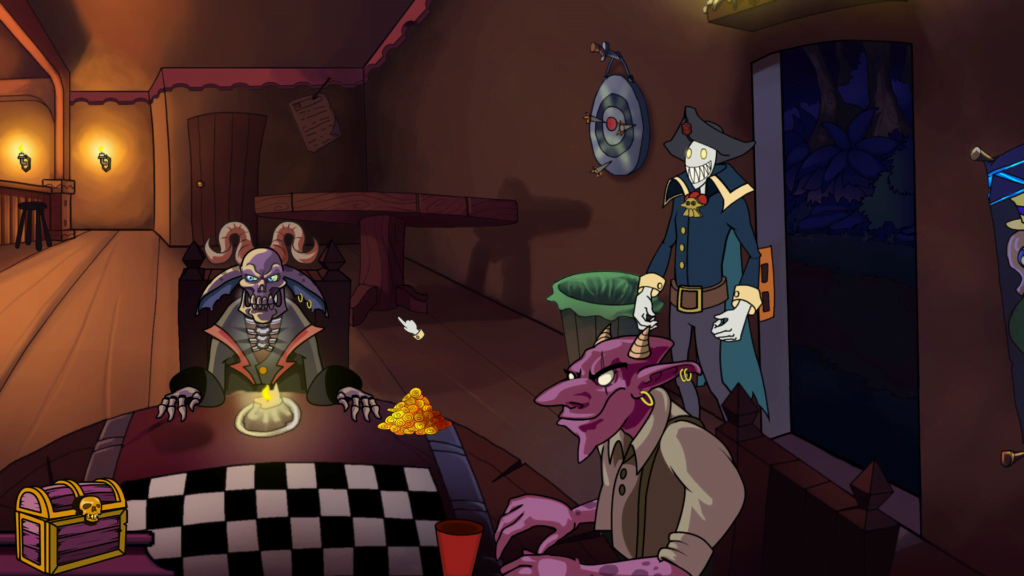 The story is broken into three acts with an interlude between each. The interludes are entertaining transitions between the main acts, the second of which is an entertaining experience driven by Hell’s customer support that is sure to entertain. Each act adds variety to the exploration of Darkestville, to say more would spoil the experience. 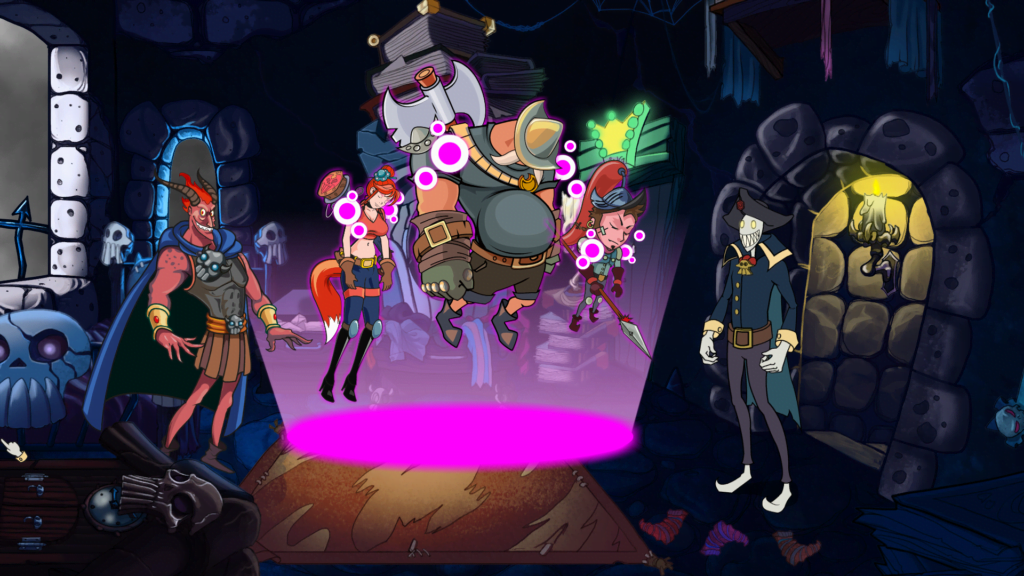 The visuals are incredibly authentic to those that inspired it both in terms of environmental and character design. The soundtrack too is familiar thematically, offering upbeat melodies that add to the immersion of this weird and wonderful world. Darkestville Castle is a fun take on the tried and true point and click adventure formula that has been a favourite of players for generations. Cid’s self aware humour steals the show and his charismatic and sadistic personality keep every interaction interesting and engaging. The story ultimately explores Cid’s morality in interesting and unexpected ways that pays off the enjoyable 4 or so hours that precede it in a satisfying manner. The dialogue can be skipped but to do so would be a disservice to the excellent writing and entertaining, comedic conversations. If exploration was thorough, there is unfortunately little to no reason to return with the exception of playing through in Cat mode. What does that mean you ask? There’s only meow way to find out…

+ The humour, Cid in particular

– Cast of supporting characters not as interesting